Nearly 20 years into its life as an independent publisher of international work for children, Enchanted Lion Books is opening Unruly: picture books for older readers.

On March 30, the independent children’s book publisher Enchanted Lion Books releases What Is a River?, written in English by author-illustrator Monika Vaicenavičienė.

To those who know this press based in Brooklyn, New York, it will come as no surprise that this is a book originally published in Swedish and has also been translated into French, Spanish, Italian, and Arabic.

The company’s publisher Claudia Zoe Bedrick has a bracingly simple way of explaining; “We publish illustrated books from around the world,” she tells Publishing Perspectives, “convinced by the power of cultural exchange to inspire curiosity, awareness, and wonder in children everywhere. We reach across time and oceans to find new authors and old treasures to share with a new generation of readers.” 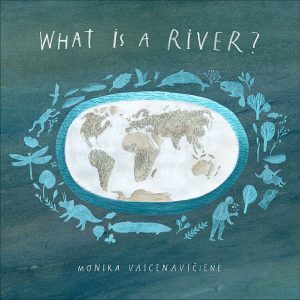 In fact, those who know that What Is a River? is just the latest drop in a growing sea of almost 200 titles from this internationalist publisher will not have been surprised in January when Enchanted Lion won the American Library Association’s Mildred L Batchelder Award for a children’s book from a non-English language in a market outside the United States translated to English for publication in the States.

Telephone Tales in its original Italian by the late Gianni Rodari, as it turns out, was also one of most popular books recently donated by Italians to their libraries in that country’s #IoLeggoPerché annual book donation project (“Why I Read”). 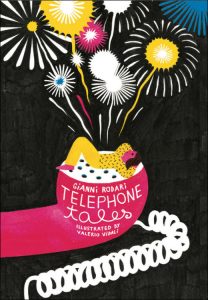 Enchanted Lion seems to have cast a happy spell on the Batchelder, having won it five times. The Rodari Telephone Tales win this year in its translation to English by Antony Shugaar was preceded by wins for Mister Orange (2014); The Wonderful Fluffy Little Squishy (2016); Cry, Heart, But Never Break (2017); and Brown (2020).

What’s more, amid the critical rise in anti-Asian hatred in the United States and elsewhere relative to the coronavirus COVID-19 pandemic and the Trump administration’s culture of racist license, Enchanted Lion’s near-term releases are interesting as a trio of Asian works.

“We seek to give children books that will help them feel that this world we share, with all its surprising, wonderful complexity and beauty,” Bedrick says, “is home.

Sato the Rabbit was released on February 23 and is the first in a trilogy from Japan by Yuki Ainoya. The translation is by husband and wife Michael and Shizuka Blaskowsky, and the first lines, Bedrick points out to us, get right to the essential charm of the work: “One day, Haneru Sato became a rabbit. He’s been a rabbit ever since.”

One Day, releasing on June 8, is a Korean work by Lee Juck, illustrated by Kim Seung-youn and translated by Asuka Minamoto. The book follows a boy’s exploration of grief and loss after his grandfather disappears, leaving behind his personal effects and a vast range of questions.

And The Three Water Drop Brothers, coming June 15, is another Korean book, written by Lee Eun-hee with illustrations by Yoon mi-sook and translation by Asuka Minamoto. An origin story, Lee’s story is about the Earth’s beginnings, when three raindrops falling onto the hot surface were brothers. The book, as Bedrick describes it, is “the perfect introduction to the water cycle for young readers curious about the world around them.”

Launching the Unruly Imprint of Picture Books for Older Readers

In the pandemic autumn of 2020, Bedrick and Enchanted Lion announced Unruly, which she says is “a new imprint dedicated to making space for picture books created with older readers in mind. Innovation and genre-bending, complexity and difficult themes, philosophical ponderings and poetry have been hallmarks of Enchanted Lion from the start, but all of its titles were written as children’s literature.” 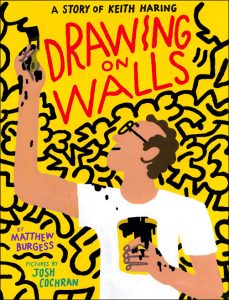 While the press remains committed to children’s literature, she says, “it still doesn’t capture the picture book’s full potential as a medium.

“Unruly titles will stand apart as visually complex works of fiction and nonfiction created for older readers.” Asked how old is “old,” she says, “Some books for readers 10 and older, others for teen and adult readers.”

There’s some evidence of this interest—can we call this a crossover title?—in Enchanted Lion’s lists. Drawing on Walls: A Story of Keith Haring, for example. It’s written by Matthew Burgess and illustrated by Josh Cochran, and on awards both as a “book for kids” (New York Public Library and the Washington Post), simply as a “picture-book biography” (Kirkus) and a “best pick of 2020” (Chicago Public Library).

And Bedrick points to a Guardian editorial from Friday (March 19) about Nobel winner Olga Tokarczuk—with whose work Publishing Perspectives’ readers are very familiar—embarking on a picture book treatment of The Lost Soul with artist Joanna Concejo. Tokarczuk says she sees the form as “able to get through to anyone—regardless of age, cultural differences or level of education.”

What Bedrick says she sees happening in “reframing the readership’s age,” is a chance for Unruly to “open up space for a more complex exploration and instantiation of the relationship between text and image, while also inviting consideration of more mature topics. And these works will push the form through hybridization of picture book, graphic novel, artist’s journal, and art book conventions, while never relinquishing narrative, however experimental.” 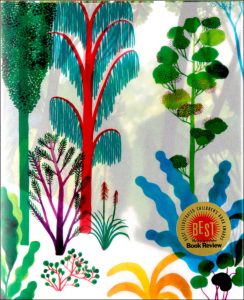 The first Unruly title is to appear in June, The True Story of a Mouse Who Never Asked for It, a feminist retelling of a Spanish folktale written by Ana Cristina Herreros, illustrated by Violeta Lópiz, and translated from Spanish by Chloe Garcia Roberts.

And previous collaboration with illustrator Lópiz, Bedrick says, is part of what has led to the decision to move ahead with Unruly. “She was part of the visionary team behind The Forest, one of our most beloved titles,” written by Riccardo Bozzi, translated by Debbie Bibo from Italian, with Valerio Vidali working with Lópiz on the illustrations.

“This new book catalyzed the creation of Unruly,” Bedrick says, “as it was only once the text and illustrations were done that the complexity of the visual narrative that was created by her and the implicit darkness and violence of the narrative were revealed. After years of conversations about creating a space for picture books for older readers, the time had come for it to become a reality.”

‘A Fierce Belief in the Imagination’

Bedrick points out that without the financial heft of a major publisher’s corporate backing, her house depends heavily on “sparkling reviews from the small number of trade publications that are critical to success.” Much of the company’s budget, she says, goes into the Enchanted Lion team‘s “high production values and printing costs.”

What’s more, the pandemic’s effects “were felt almost immediately,” she says, as school, library, and bookstore closures tanked sales by 75 percent.  Enchanted Lion used a Kickstarter campaign “six months into the pandemic,” Bedrick says, “as part of the platform’s Lights On initiative for businesses adversely affected by the pandemic. With incredible community support, we far surpassed the goal initially set.” 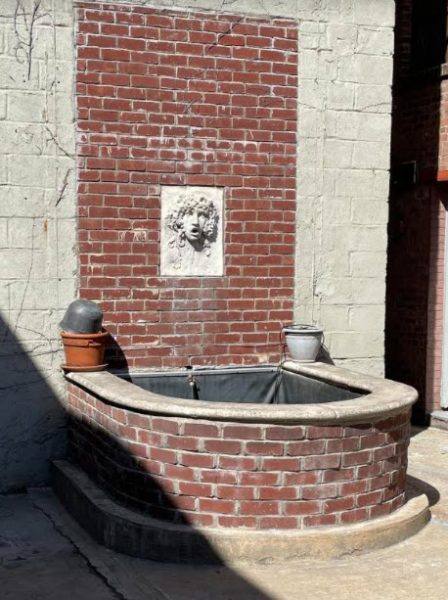 As we hear from so many, Bedrick, too, says, “The pandemic has greatly limited the opportunities for the kind of organic, in-person discoverability that happens at bookstores, book festivals, and other industry events, and discoverability is essential to the flourishing of our books in the world.” Some of the digital responses the company has made include “story time” readings, and online conversations with authors and illustrators, along with a consciousness of the struggles faced by independent retailers. “We’ve looked for opportunities to partner with them.

“We’ve become more adept at engaging with readers from a distance,” she says, “and in doing so, we’ve learned just how many people in the Enchanted Lion community are international. We look forward to continuing a program of virtual events even after COVID-19 restrictions come to an end.”

The company, of course, is no stranger to gearing up its own resilience, something other independent presses know well. In nearly two decades, Bedrick says, the company has moved its studio space eight times. “Another art of indie publishing,” she puts it, in making ends meet.

Enchanted Lion Books acquires world English rights so that its books are sold internationally. As in many other parts of the business, translators have sometimes been the bearers of “some wonderful projects,” she says. The company’s catalogues are here.

“In fact, we would love for this to happen more, because it’s translators who know the literature of their adopted language or languages so very well. Literary translators love books, language, and culture and are both knowledge banks for, and the best advocates of, the books that should be carried into English.”

And having built its reputation and body of work on “books in translation, original works, and reissues of books from the 1940s, 195s, and 1960s,” Bedrick says—producing material from some 20 or more international markets—the direction Enchanted Lion is exploring with its new imprint Unruly, is an energizing one.

With children’s books, Claudia Zoe Bedrick says, “Many evince a fierce belief in the imagination, paying as much attention to inner exploratory landscapes as to the world around us.”

And it’s time to do that, she thinks, for some Unruly adults. 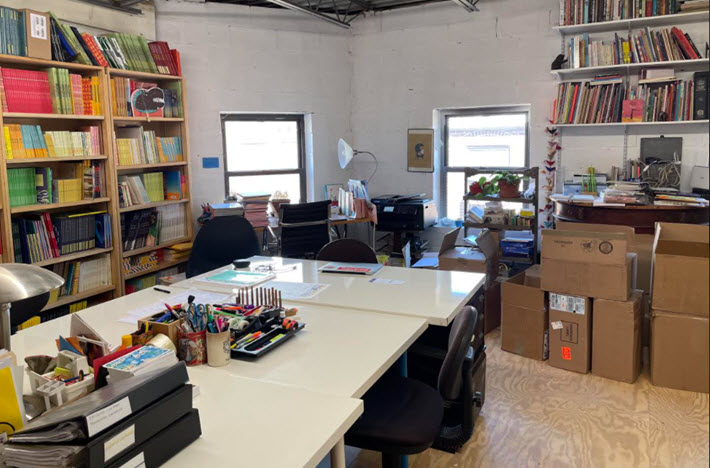 More from Publishing Perspectives on work in translation is here and more on children’s books is here.