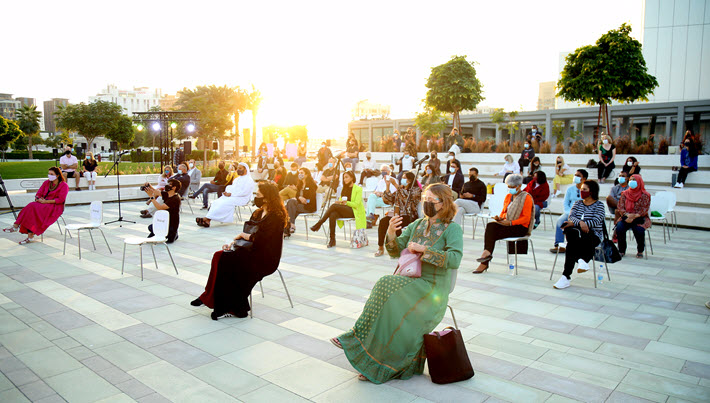 With some events held outdoors for safety and all physical programs restricted in crowd size, the Emirates Airline Festival maintained a strong digital component, as well.

An outdoor event at the 2021 Emirates Festival of Literature in Dubai, with spaced outdoor seating. Image: EAFL

As Publishing Perspectives readers know, the Emirates Airline Festival of Literature is one of the few such major events to go forward in the last year with a physical presence. The event was presented with the support of Founding Partners Emirates Airline and the Dubai Culture & Arts Authority, the emirate’s dedicated authority for culture, heritage, arts, and literature.

Devised as a hybrid show with both digital and on-site events—in three venues of Dubai—the United Arab Emirates’ program today (March 10) is announcing some of its numbers in terms of attendee response to its run January 29 to February 13).

The program has left many participants and organizing team members mentioning how the digital reach of these events can expand an audience, although the plethora of such programming and pitches has become its own problem for many professionals in world publishing, with events often occurring several times a day.

The show tells us that it saw more than 117,000 people “engaged” with the effort, although no breakdown is offered as to how many of those participants were on hand in person and how many took advantage of the digital offerings. The in-person events were scaled down in terms of audience size to accommodate health-emergency guidelines. International authors from 26 countries joined the Festival digitally, and they included Malala, Elif Shafak, Amin Maalouf, and Lemn Sissay, all of whom had sold-out live audiences attending the sessions with a locally based moderator on stage in Dubai.

“Thousands of pupils from 82 schools throughout the UAE benefited from the students’ edition of the festival,” according to today’s press materials, “featuring exclusive sessions from Ali Sparkes, Isabel Thomas, Julia Johnson, Ben Baily Smith & Sav Akyüz, Sam Copeland, Fatima Albreiki, Sanaa Chabbani, Obada Takla, and Nafya Alyasi, which were available to view from February 7 to March 4 for schools that registered to participate.” 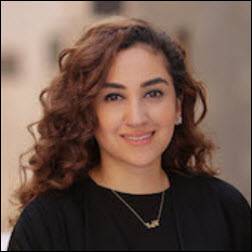 In a prepared statement, Ahlam Bolooki, who directs the show, said, “It has been an exhilarating few weeks, with some unprecedented challenges. Our team rose to these beautifully, and I’m so proud of them for making the festival possible.

“The audiences who came during the three weekends were thrilled to be able to once again enjoy our unique festival atmosphere and experience it safely as a live event.

“We’ve also had a wonderful response to the mix of sessions which enabled authors from all parts of the globe to be part of the festival virtually, when they couldn’t join us physically.”

‘One of Dubai’s Most Dynamic Events’ 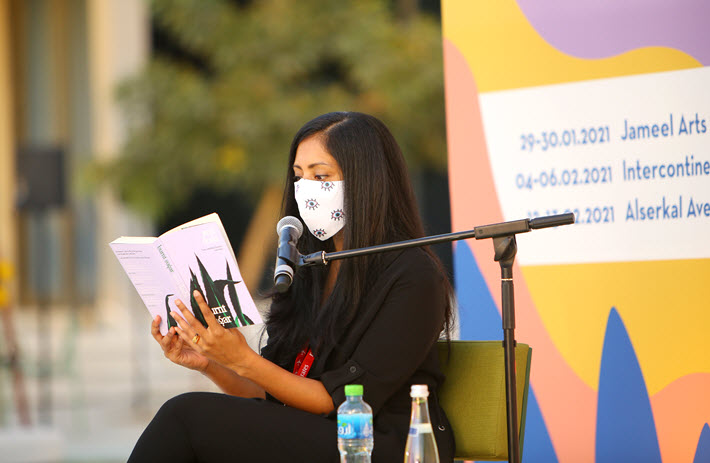 An outdoor author reading at the 2021 Emirates Airline Festival of Literature. Image: EAFL

Badr Abbas, senior vice-president of commercial operations for Africa at Emirates Airline, is quoted, saying, “This year’s festival took place in a changed world, and even if part of the event went virtual, the community still managed to safely get together outdoors for live sessions, workshops, and performances.

“This will always be one of Dubai’s most dynamic events, and we look forward to supporting many more years of festivals that include a diverse range of topics and speakers, supported by the energy and enthusiasm of literary lovers.” 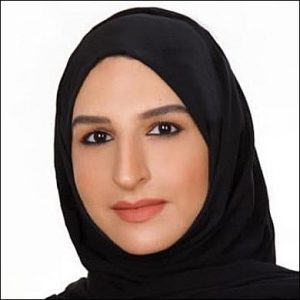 And Hala Badri, director general of Dubai Culture, said, “The Emirates Airline Festival of Literature once again embodied a great model for cooperation and integration in support of cultural and creative industries and creative talents.

“The event presented an innovative platform for cultural dialogue that allowed the world to be witnesses from different perspectives, enhancing Dubai’s position as a thriving global hub for culture, writers and thinkers.

“Our Emirati talents stood out in this year’s edition through a rich and fun program that we had devoted to these distinguished talents on Emirati Day, as part of our efforts to enable participation everywhere and for everyone while also supporting local talents.”

More than 90 authors took part in this year’s festival, almost a third of them Emirati. The events offered an equal split of Arabic- and English-language sessions. Socially distanced measures meant audience numbers were restricted compared with previous years, but thousands of visitors were still enabled to enjoy the live sessions in person, with others engaging through the digital pass.

With the program held across three weekends, one highlight had to do with newly released children’s books and the release of Young Voices of Arabia, which honors the first regional winners of the Voices of Future Generations program.

The festival is held annually under the patronage of  patronage of Sheikh Mohammad bin Rashid Al Maktoum and as part of the Emirates Literature Foundation established in 2013.

One of the few such international book events to have attempted a physical component, the Emirates Airline Festival of Literature, with Isobel Abulhoul as its CEO, now stands with the Sharjah International Book Fair for having mounted a physical event during the pandemic. Under the direction of Sharjah Book Authority’s chair Ahmed Al Ameri, the Sharjah fair drew a reported 382,000 attendees, with extensive COVID-19 spread-mitigation measures.

Organizers close by assuring press members that there will be another festival in 2022, and with luck by that time it can be a program mounted fully in the physical space, as in the past. 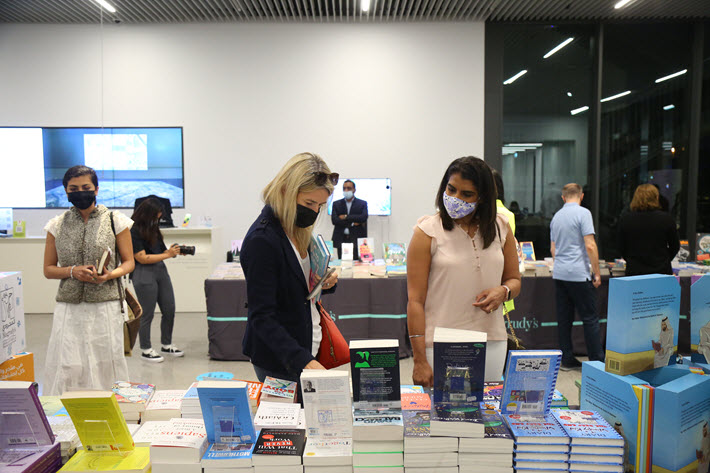 More from Publishing Perspectives on literary festivals is here. More from us on the United Arab Emirates is here.