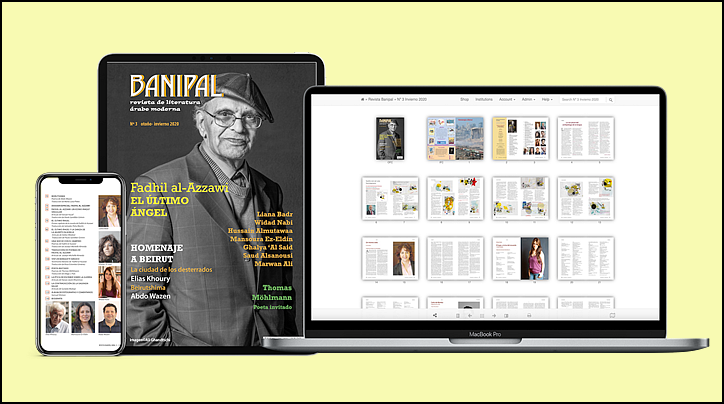 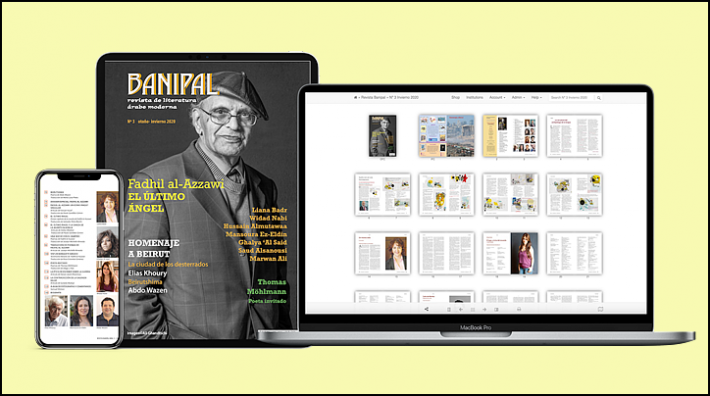 Also relative to Spain today: Words Without Borders’ March edition is on translations of Galician writings

As many of Publishing Perspectives’ readers know, Banipal Magazine of Modern Arab Literature, based in the United Kingdom, is available in a digitized archive, with 67 issues going back to February 1998 captured by Exact Editions in London.

Today (March 15), Exact Editions is announcing its digitization of a “new” Banipal, if you will: La Revista Banipal de literatura árabe moderna published its first edition a year ago in March 2020, amid the first outbreaks of the coronavirus COVID-19 pandemic.

Exact Editions sets up its digitized series in two forms, one for institutional access and one for publishing professionals, Arabic enthusiasts, and other individual subscribers. Exact’s platform makes the work accessible on both iOS and Android devices, providing full digital renditions of print periodicals and collections.

The new digital subscription arrives with three issues of Revista Banipal, making it an unusual case of a periodical that’s now being digitized so early in its life. As in the case of Banipal Magazine, Exact Editions frequently doesn’t enter the picture until the question is a large archive of back issues.

Exact also offers good functionality in its digital editions so that, for example, a reader can search the content and bookmark pages.

In a prepared statement today on the release of the digital Revista Banipal, the magazine’s publisher, Margaret Obank, is quoted, saying, “Launching a digital edition of Revista Banipal is the best way, particularly in these continuing COVID-19 times, to reach the millions of Spanish speakers throughout the world.

“Although we only established the print edition in March last year, it has received exceptional acclaim and enthusiastic interest.”

Exact Editions’ managing director Daryl Rayner is also quoted, saying, “The magazine looks fantastic online as well as on the app, and will certainly be an invaluable resource to lovers of world literature.”

More from Publishing Perspectives on Arabic-language literature is here, more from us on the Spanish market is here, and more on the UK market is here.