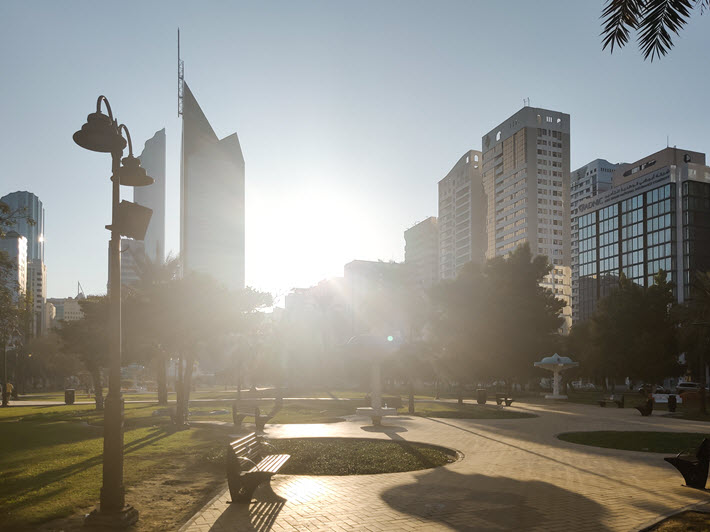 At issue in Tuesday’s discussion from the Sheikh Zayed Book Award and Publishing Perspectives: The place, presence and visibility of Arabic scholarly work in world academic circles and conversations.

‘A Lot More Can Be Done’

In an increasingly globalized world–a fact sharply enhanced by the dire presence of a coronavirus that has affected almost everyone–academic literature finds its conversations under the same pressure that many disciplines recognize. The need for inclusion in the debates of the day rises right along with the critical demand that we hear all voices, particularly in so politicized an era as this.

On Tuesday (March 9), Publishing Perspectives will join the Sheikh Zayed Book Award program in Abu Dhabi to present a special live conversation about the need to raise the profiles and presence of scholarly writers and specialists from the Arab world. Arabic academic work frequently isn’t produced, distributed, or understood as readily as that from other geo-linguistic contexts of world study, and the best head are needed on hand today, regardless of where they’re based.

The one-hour program is set for 7 p.m. GST in Abu Dhabi, 3 p.m. GMT in London, and 10 a.m. ET in New York. Registration for the event is free and available now here. We anticipate a lively discussion with three key experts in the field and a chance for audience members to put forward their questions to our speakers.

Simultaneous interpretation will be provided in this Zoom program, so you’ll be asked simply to select English or Arabic as you listen to the discussion. 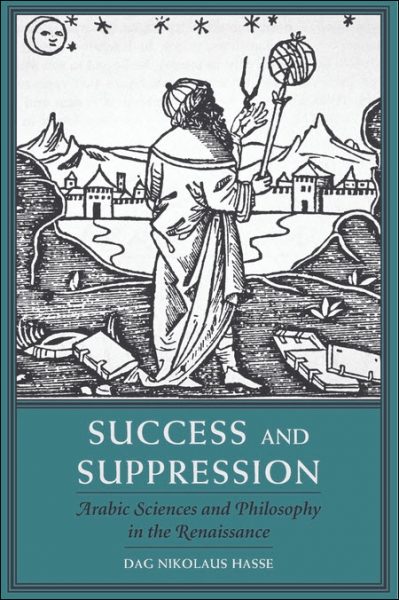 Dag Nikolaus Hasse, professor of philosophy at the University of Wurzburg and the 2018 winner of the Zayed Book Award in its Arab Culture in Other Languages category. The Zayed jury honored his Success and Suppression: Arabic Sciences and Philosophy in the Renaissance (Harvard University Press, 2016).

Tarek El-Ariss, professor and chair of Middle Eastern studies at Dartmouth University. One of his most recent books is Leaks, Hacks, and Scandals: Arab Culture in the Digital Age (Princeton University Press, 2018).

Abdurraouf Oueslati, acquisitions editor in Middle Eastern and Islamic studies with the scholarly press Brill Publishing. In an interview in December, Oueslati said, “From what I see, authors from certain parts of the Middle East have limited access to resources and research materials. Often their research libraries aren’t well equipped, so they don’t have access to many publications that are relevant to their research.

“A lot more can be done to give more people access to the scholarly publications.” 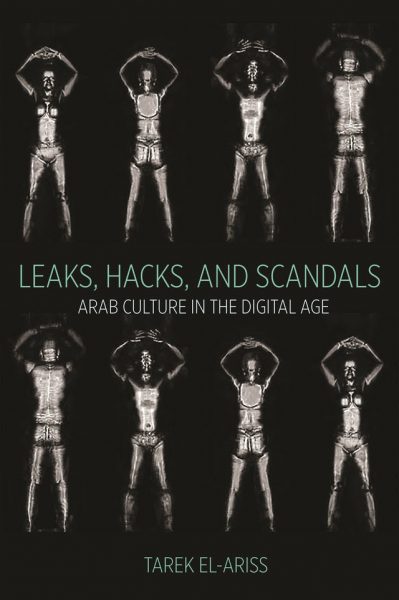 He pointed out then that Brill’s rising number of open-access publications should become increasingly helpful in this regard.

And in an exchange in preparation for the upcoming discussion on Tuesday, Oueslati has pointed out that, clearly, “There should be some research available on how English became the dominant language of scholarly publishing. My guess is that it’s connected to the Anglo-Saxon post-World War II dominance in the cultural sphere.

“The most important way to broaden scholarly publications in other languages including Arabic, is that established academic publishers accept content in other languages. In the field of Arabic and Islamic studies, there aren’t many established publishers that accept works in Arabic. At Brill we are trying to change that and to expand our portfolio of Arabic language publications.”

In an interesting parallel point, El-Ariss says he’s looking at the potential for editors to improve the situation through cross-listing of publications. He offers as an example the notion of listing a book under Islamic Studies and Media Studies and Digital Humanities, and he points out that to be successful with this, editors with differing areas of expertise working together.

“While many works are moving in inter- and cross-disciplinary directions,” he says, “the publishers are often not following suit. So editors who can connect different elements and/or fields and know how to market the book would be great.”

And Hasse looks at the phenomenon of English as the lingua franca–of this era, that is–and says, “The major rival languages of scholarship of the early 20th century, German and French in particular, suffered a lot from World War II, the exiling of an enormous percentage of excellent scholars to the United States and Britain, and from the loss of the French empire.

“But I have a pragmatic attitude toward this: In past centuries, one had to learn Latin or Arabic to reach the scientific community, now it’s English. Hence, it’s part of today’s scholarly education to be able to write decent English; there’s no way around this also for Arabic scholars. But Arabic has a much better chance not to disappear entirely from scholarship because it’s a world language.”

These are just three of the points coming to the table from our expert speakers on Tuesday, under an overall short list of key questions that include:

In a reflection of this event itself, Oueslati has observed that one advantage of our pandemic-driven flight to online programming has mean that it’s now so much easier for scholars to engage across nations, seas, and continents, and we hope you’ll consider joining us in that spirit of far-flung discussion on Tuesday.

The Sheikh Zayed Book Award is a program of the Abu Dhabi Department of Culture and Tourism in association with the Abu Dhabi Arabic Language Centre. 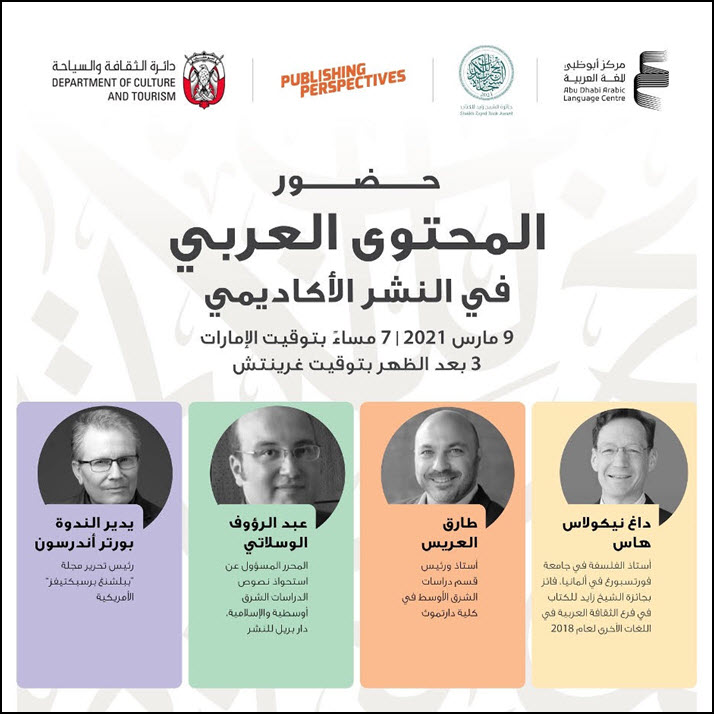