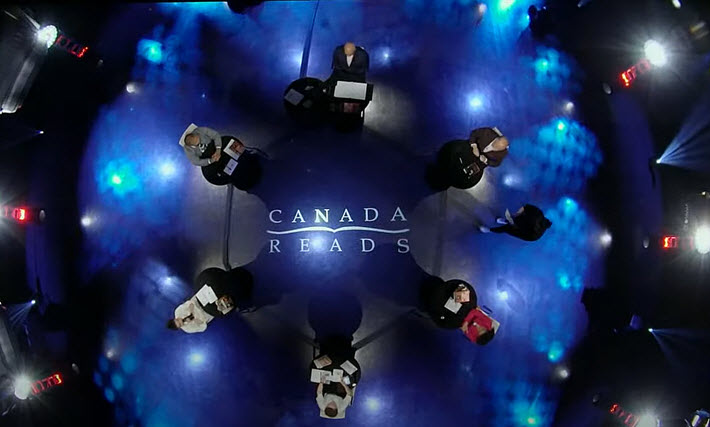 The 20th anniversary edition of CBC Books’ ‘Canada Reads’ concludes with the work of an Indigenous author victorious and all five titles headed for Canada’s bestseller lists.

On the set of ‘Canada Reads’ on its final day of broadcasts from Toronto. Image: CBC Books

None the worse for the absence of a live audience, the 20th edition of the singularly important CBCbooks Canada Reads competition from the Canadian Broadcasting Corporation’s (CBC) has closed this week with Jonny Appleseed (Arsenal Pulp Press, 2018) the winner.

The novel, a debut, is by Joshua Whitehead who is an Oji-Cree/nehiyaw, Two-Spirit/Indigiqueer member of Peguis First Nation (Treaty 1) in Manitoba. The book arrived already heavily honored, having won the Georges Bugnet Award for Fiction in Alberta, the Lambda Literary Award, a longlisting at the Scotiabank Giller Prize, and a shortlisting for the Governor General’s Literary Award. 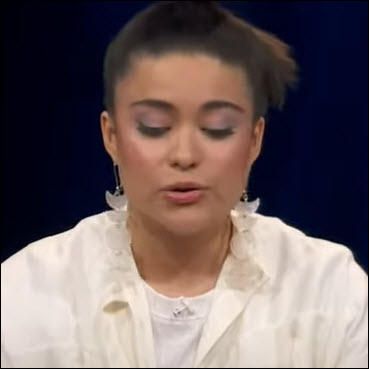 On the Canada Reads show, Jonny Appleseed was successfully defended by filmmaker and actor Devery Jacobs, a Mohawk, herself, keeping the title on the table as four other books were thrown “off the island,” if you will during the week’s four broadcasts.

“I felt a lot of pressure representing Two-Spirit and Indigiqueer communities,” Jacobs says. “I’m Mohawk. I’m also queer.  But it’s so much bigger than myself and I feel so humbled and so honored to have been a part of this.” 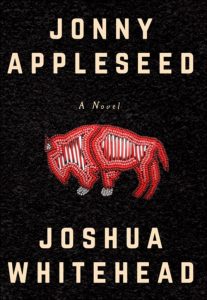 The book’s author, Whitehead, is quoted on the news of the win, saying, “This means the world to me. I’m holding this as a legacy and a fire to keep burning for all Indigenous folks across Turtle Island, and I dedicate it to all missing and murdered Indigenous women, girls, and two-spirited people and their families.

“I think the book is timely and needed for Canadian readers to see what it means for Indigenous peoples to be living under the weight of ongoing settler colonialism, the ways in which we have been harmed, injured profoundly, but also the ways in which we are powerful beyond measure and hold the highest registers of love for our communities, ourselves and for this land we call Turtle Island.”

The author Neil Gaiman, who had a hand in casting the book’s defender, Jacobs, as Sam Black Crow in the television adaptation of his American Gods. 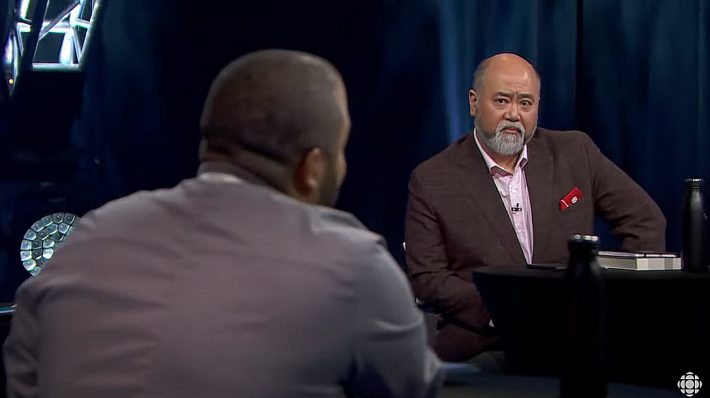 One of the most compelling elements of this program each year is how heartfelt the celebrity “defenders” of each book are about their job of arguing for their authors’ work. 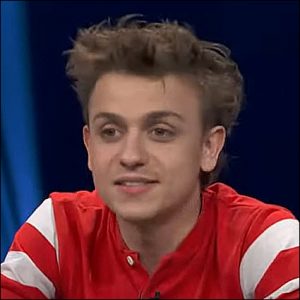 The first book to be eliminated, in Monday’s show (March 8) was Two Trees Make a Forest (Penguin Random House, 2020) by the Berlin-based Canadian author Jessica J. Lee. Hard to pin down for genre, the book follows Lee on a journey into her grandfather’s home, Taiwan, and challenges both climate issues and colonialism.

In his reactions to having been unable to defend the book, the singer and songwriter Scott Helman said he’d been in touch with the author.

“I think we’re both just excited that I could talk about this book on TV,” he told the show’s host, Ali Hassan, “and it’s such a weird book. To be able to talk about it on this platform is so cool because books like this don’t often get brought to the forefront of culture, and I think it’s really cool that I was able to do that.”

As it happened, it was announced during the week of broadcasts—and revealed to him on the air—that Helman is a nominee for the 2021 Juno Award for Music Video of the Year. 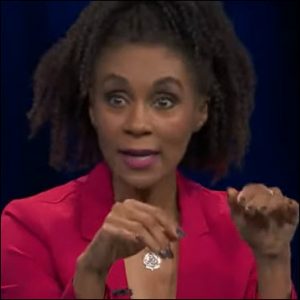 One of the points Rosey Edeh made in the final show on March 11, having championed CL Polk’s The Midnight Bargain (Erewhon Books, 2020), is that the immersion in the defenders’ conversation becomes its own attraction in the show. Having praised Polk’s bravery as an author in writing about “a young woman with her own doubts, working her way to her own self-esteem,” she then talked about the process of the show.

“You get so involved in the discussion,” she said, “I forget—oh, wait—I have to vote? Can we continue this picking apart, unpacking, revealing?” The discussion, she said, “has been real passionate and real honest.”

A 20th Year for a Show Each Nation Deserves 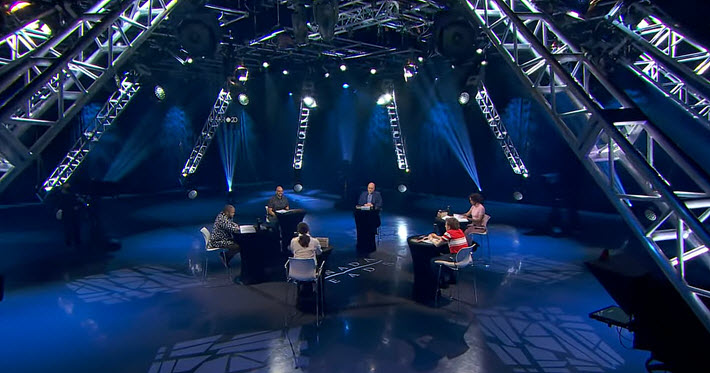 Taped each day in live broadcast, Canada Reads capitalizes on a quiet intensity. The show is shot in dramatic blue lighting—this year, as last, with the celebrity defenders seated well apart. Moved in 2020 to July after the outbreaks of the coronavirus COVID-19 pandemic in March, the show returned this year to its usual March dates.

In our 2018 interview with the show’s producer Tara Mora, Publishing Perspectives was told that achieving a range of perspectives in the celebrity defenders can be as important as the selection of material itself. “You can be a wrestler and a reader. You can be an R&B queen and a reader. You can be a comedian and a reader. We’re connecting the country with books, and that means being as inclusive as possible,” she said, adding that once the on-air personalities are chosen, selecting the books to be defended is a kind of matchmaking effort, seeking out just the right title for each. 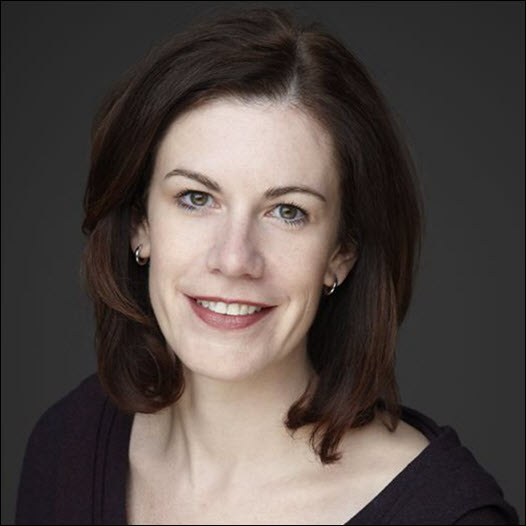 Kristin Cochrane, CEO of Penguin Random House Canada, told us that the impact of Canada Reads in terms of attention to books and the resulting sales can be profound.

“Canada Reads brings an incredible amount of attention to the shortlisted books featured in the debates,” Cochrane said.

“These five writers benefit enormously from the added exposure for their work, and the corresponding sales for the books show just how closely Canadian readers follow the selections.”

Publishers outside Canada may, surely, after two decades of this show’s unique success be starting to think about how to get such a serious program about truly relevant, issue-driven literature produced in their own markets. The model is clear and working reliably. And as books and reading struggle to hold their own in an entertainment-drenched world, Canada Reads is a bright suggestion of one way to cut through the noise.

You can review all four days of this year’s keenly shot competition on the Canada Reads YouTube videos page. In Canada, the program is also accessible in review on the  CBC Gem online service, but this is not available outside the country.

CBC’s communications office says that this year, as in the past five, each of the Canada Reads finalist books has appeared on Canadian bestseller lists. Traditionally, many of the books continue to chart for months.

More from Publishing Perspectives on book awards is here. More on ‘Canada Reads is here.