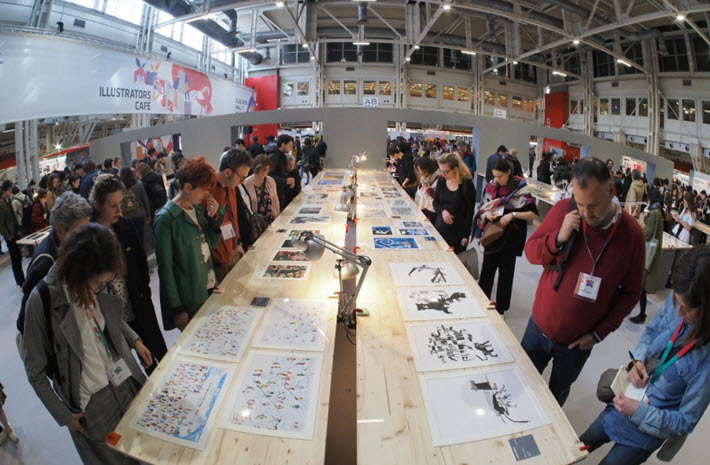 With Sharjah as its guest of honor, the Bologna book fair announces plans for some of its elements for a possible physical staging in June.

‘A Message of Confidence’

Representing the first test of a major world publishing trade show this year, Italy’s Bologna Children’s Book Fair has begun issuing announcements to the news media about what organizers hope can be a physical rendition of the huge fair on dates delayed to June 14 to 17.

On March 15, a third round of lockdowns were ordered by Rome for about half of the country’s regions. Those confinements—in a nation staggered by the coronavirus COVID-19 pandemic since last spring—are scheduled to stay in place to April 6, covering the Easter holiday period, so important in this Mediterranean culture.

The Bologna team was particularly affected last year, moving its dates into May before having to cancel its physical fair entirely, then going on to become the first of the large-scale book business trade events to create a digital iteration of itself. The international publishing business is watching carefully this year, not least because Bologna’s new June dates because they conclude only 12 days before London Book Fair—last year the first big show to be canceled—has set itself dates of June 29 to July 1.

During its digital program in 2020, Bologna says it recorded 60,000 visitors, 65 percent of them from outside Italy, raising 470,000 page views in four days. The online experience certainly reflected the classically chaotic physical show, with more than 40 events compressed into a short time and talk of several events that participants never quite found. 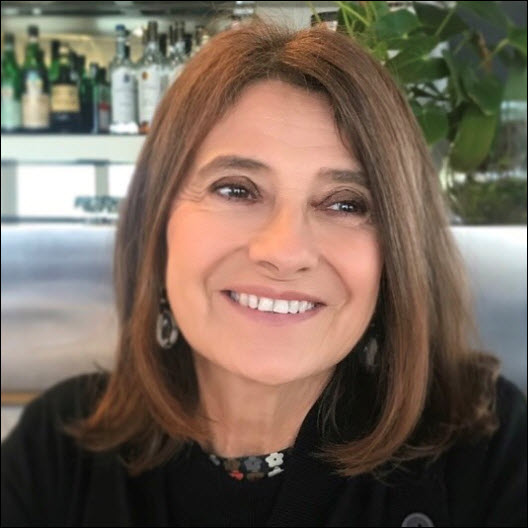 But essentially, London and Bologna are the international industry’s two great springtime shows, normally set in March and April, now pushed to June in hopes that physical stagings will be possible—and thus already having had to move out of the range of dates in which agents and publishers need them for the most timely presentation of new titles and business to come.

As we’ve covered here at Publishing Perspectives, publishers and literary agents have organized their own small, targeted digital events and meetings so that the relationships and business can have some continuity. Most players concede that the face-to-face events in publishing are critical, but they’re resorting to digital alternatives, of course, to keep things going.

Today’s (March 29) set of notes on Bologna’s coming plans is a useful outline as to what’s contemplated, even as most professionals in the business say they feel it’s too soon to commit to making the trip, particularly pending how Europe is able to handle its troubled vaccination programming going forward.

The tone of the messaging from the Emelia Romagna and Bologna director Elena Pasoli is typically bravura: “Bologna Children’s Book Fair is sending a message of confidence in the future to the international community of children’s publishing with the new activities in the run-up to the 58th edition.” Pasoli and her team are talking of new developments that will become “permanent fixtures of the trade show” and a “rethinking of the world’s most important children’s publishing event.”

That characterization, by the way, is not the hyperbole you might find from other shows. Bologna is indeed the world’s most influential  of the annual children’s sector events, and one that has grown into a sprawling, roaring spectacle at BolognaFiere.

And nominations for the 2021 iteration of the Bologna Ragazzi Award have opened in categories of fiction, nonfiction, opera prima, comics, and poetry. The deadline for making a nomination is April 30, with poetry as a focal category this year.

Some of the components being named here have been signaled earlier, not least being the fact that Sharjah Book Authority, under the direction of Ahmed Al Ameri, has confirmed that it will go forward with its plans as guest of honor for the 2021 Bologna show.

Here’s a video representative of Sharjah’s partnership with BolognaFiere this year:

A ‘Skill Box’ and Dante for Youngsters

Last year, the Bologna Global Rights Exchange was one of the first configured-to-order efforts at digital rights trading of the pandemic crisis. It was operated by PubMatch and associated with the Aldus Network of key book fairs and trade shows in Europe.

Relative to the online rights facility, Bologna is offering a training program branded the “BCBF Skill Box” as a “digital environment” for the young readers’ segment of the industry with skill building programming for children’s publishing.

Partnering with the Italian Booksellers Association’s  (Associazione Librai Italiani, AIE) headed by Ricardo Franco Levi, the fair is also planning to stand up a new conference event the branding of which brings three words into one—so popular among book business marketing folks—Bologna Book Plus.

This is the program being headed by Jacks Thomas, formerly the director of London Book Fair, its programming described as taking “an in-depth look at the new challenges facing a global industry as production, distribution, and the reader attitudes change and new business models and technology pose issues of accessibility, sustainability, and inclusivity.”

And in the area of the show’s multiple and often competing exhibitions, the fair is touting a third edition of the “Children-Spectators” program, which this year will observe the 700th year since the death of Dante Alighieri, featuring illustrated children’s books of the poet’s work. (Yes, Dante now is for kids, apparently.) “Discovering Dante Through Pictures” is organized by the Ravenna cultural department, Biblioteca Classense, and BolognaFiere, with curation by the Drosselmeier Academy. 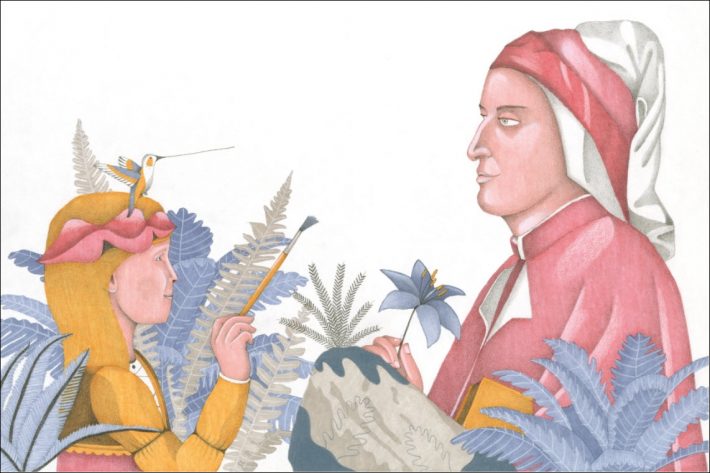 We’ll have more information about plans for the Bologna show as it develops.

More from Publishing Perspectives on Bologna Children’s Book Fair is here, and more from us on children’s books is here.

More from us on the Italian market is here and more of our coverage of the COVID-19 pandemic and its impact on international book publishing is here.