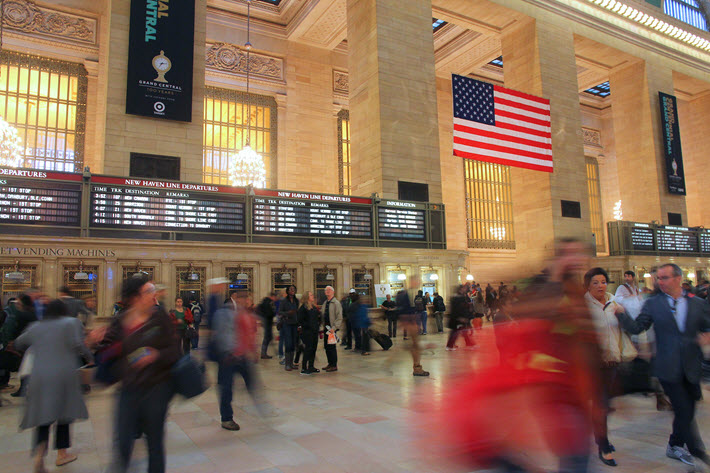 The retailer responds to a quartet of senators after removing a book that Amazon says is outside its content guidelines.

Answering a Letter From Four Senators

As Jeffrey A. Trachtenberg has reported at the Wall Street Journal in an article updated last night (March 11), Amazon has confirmed it recently removed a book by Ryan T. Anderson, When Harry Became Sally: Responding to the Transgender Moment.

Amazon’s Jeff Bezos had been asked in late February in a letter from four US Republican senators why the book had become unavailable on Amazon’s retail platforms. Tractenberg had the story on this inquiry from the senators, as well. Those four senators are:

The book was published in 2018 at 408 pages in hardcover by the publishing house Encounter Books in New York City.

In a response letter, visible here at the Wall Street Journal, Brian Huseman, Amazon’s vice-president of public policy, begins with a detailed statement about the retailer “working hard to ensure customers have a great shopping experience, and access to the widest and most diverse cross-section of writers and spoken word in retail today.”

Later, Huseman writes, “That said, we reserve the right not to sell certain content. All retailers make decisions about what selection they choose to offer, as do we. As to your specific question about When Harry Became Sally, we have chosen not to sell books that frame LGBTQ+ identity as a mental illness.”

The letter from Huseman then goes on to answer a series of specific questions from the senators. The answers there indicate that Amazon notified the book’s distributor through email “of the removal of the book for violating our content guidelines on the day the book was removed from sale. The email provided a link to our content guidelines”—the current edition of which is here—”and offered a way to contact us if there are questions.” Encounter is distributed by Two Rivers Distribution.

In an interesting section of the letter picked up on by CBS News’ Caitlin O’Kane, Huseman also takes on a question from the senators about whether Amazon Web Services, which “hosts countless sites related to religious, politically conservative, classically liberal, and other content that falls outside the real, of acceptable woke groupthink. Are these sites at risk of being denied service by Amazon? How does the determination of which site to host compare to that of which books to remove from Amazon’s platforms?”

In his answer, Huseman says no. “AWS provides technology and services to customers across the political spectrum, and we respect our customers’ right to determine for themselves what content they will allow. We simply require that our customers comply with our terms of service which, are designed to prevent encouraging and inciting violence that could harm people.”

In response to Husing’s letter to the legislators, a fifth Republican senator, Tom Cotton of Arkansas, has issued a statement, according to Ninette Sosa at KNWA, saying that “Amazon’s decision means ‘implications’ for free speech and calling on the retailer ‘to address abusive policies.'”

‘The Most Beneficial Therapies’

In its description of When Harry Met Sally on its site, Encounter’s promotional copy reads, in part, “As [Ryan T.] Anderson shows, the most beneficial therapies focus on helping people accept themselves and live in harmony with their bodies. This understanding is vital for parents with children in schools where counselors may steer a child toward transitioning behind their backs. 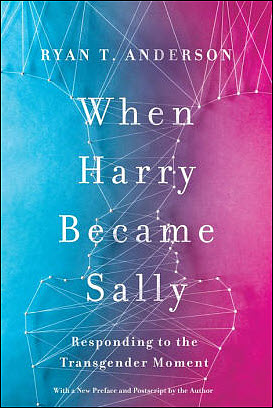 “Everyone has something at stake in the controversies over transgender ideology, when misguided ‘antidiscrimination’ policies allow biological men into women’s restrooms and penalize Americans who hold to the truth about human nature. Anderson offers a strategy for pushing back with principle and prudence, compassion and grace.”

Ryan T. Anderson is president of a conservative think tank in Washington, the Ethics and Public Policy Center. The title of his book, of course, is a play on the 1989 film When Harry Met Sally by Nora Ephron, whose screenplay was published in book form by Knopf in 1990.

With the phrase cancel culture used frequently in conservative politics, the issue is likely to attract such discussion in coming days. Trachtenberg at the Journal has related the incident in question to other recent moves among tech platforms on various conservative efforts and personalities’s accounts, including Twitter’s permanent ban of Donald Trump, Facebook’s disabling of his Facebook and Instagram accounts, along with Google’s and Apple’s removal of Parler.

Publishing Perspectives readers will also recall several times during the Trump administration in which the White House tried to move to block or otherwise suppress publication and/or sales of various books that displeased the Oval Office.

These dynamics are hardly strangers in cultural life today and may well escalate in many of our international markets as post-pandemic energies seek to redefine values and the upper hand.

More from Publishing Perspectives on politics is here, and more on political books is here.