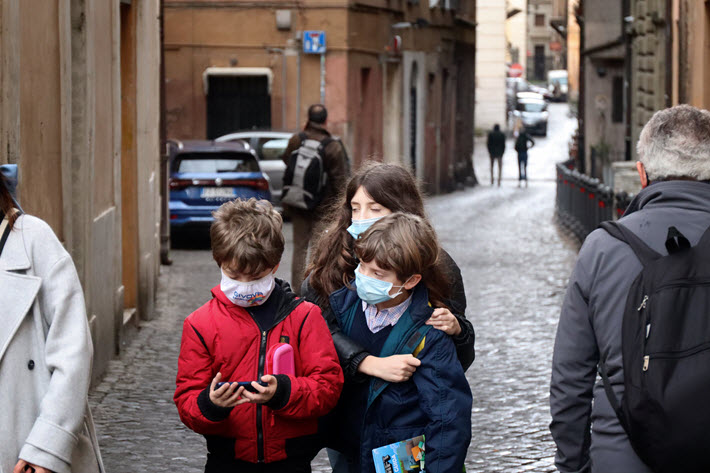 The Italian Publishers Association is moving to consolidate and make permanent some of the cooperative partnerships it has achieved with the government during the COVID-19 pandemic.

See also today: Our first look at the Federation of European Publishers’ new report on the first year of the pandemic.

This week, the Association of Italian Publishers (Associazione Italiana Editori, AIE) has instigated its latest move in a long and painstaking process of shoring up its battered publishing industry through carefully forged links with governmental agencies and funding sources.

Directed by the association president, Ricardo Franco Levi, the organization has put forward its offer to the National Plan for Recovery and Resilience.

“Our proposal,” Levi says, “is intended to make a responsible contribution to an overall project for the growth of the country, a growth that can only pass through culture and training, true strategic assets for sustainable development, aligning our country with the rest of Europe while reducing territorial disparities.”

Regular readers of Publishing Perspectives know that Levi and the AIE have repeatedly and successfully partnered with sister creative industries in Italy to impress on Rome the fundamental importance of the market’s cultural life in re-establishing the tourism and other business necessary to restabilize the economy inherited by prime minister Mario Draghi.

Now, a statement from the publishers’ association’s offices makes the strategy clear, this time bonding with the educational channel: “For the fight against educational poverty, AIE asks for an increase in the Fund for the Right to Study to cover the purchase of texts for all families in economic difficulty and the simplification of procedures to ensure that the funds are readily available before September.”

This call for a boost in educational support for students and families includes a demand for “easy to use payment tools,” with convenient e-commerce capability and an electronic card issued for buying university textbooks. The last element, that textbook support, turns out to be particularly important, as standard scholarships don’t always cover the required course materials. 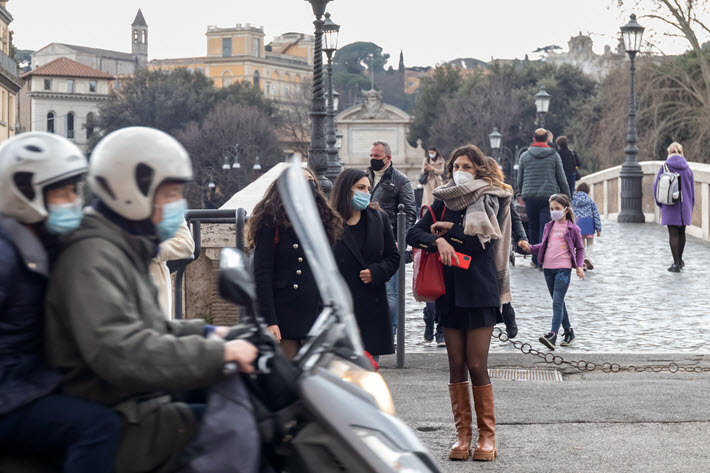 Levi goes on in his comments, saying, “The growth of the cultural levels of the population is based in school and university education. But to establish itself, such education and the population’s cultural development also require other interventions including the promotion of reading”, especially among those who don’t have family help in funding an education and the habit of reading.

“For this reason,” Levi says, “in terms of supporting demand and stimulating reading, AIE asks for the measures currently in place to be made permanent and structural,” with a life beyond pandemic-driven emergency provisions.

More commitments from the AIE include digitalization of all editorial catalogues, broadened digital teaching tools and platforms, digital distribution wherever feasible, and use-case development of artificial intelligence wherever these and other measures can help to align the publishing industry with innovative and green initiatives relative to the climate crisis.

“On the sustainability side,” the association writes, “AIE is asking for a tax credit for the use of paper from eco-sustainable forests as a tool to support businesses in the green transition.

“In reading accessibility, support for digital publication is needed to increase the availability of ebooks and other resources natively accessible to the disabled, starting with the blind and visually impaired on which the LIA Foundation—constituted by AIE and the Italian Union for the Blind and Visually Impaired (UICI)—has established its status as a recognized leader in Europe.”

And in internationalization, the association now looks to consolidate its efforts in supporting and promoting more translations and co-editions, “in turn enabled by the buying and selling of copyrights.” AIE is putting in for money allocated specifically to increased grants for translation of Italian books abroad. By extension, the ask includes support for showcasing more Italian books and authors in world publishing’s network of trade shows and other industry-facing book fair events.

Nothing in the vaccination effort has been helped by the discovery of 29 million doses of the AstraZeneca vaccine in a pharmaceutical manufacturing plant outside Rome. While the drug maker said it was putting the vials through quality control testing, the drama around the event reflects the tensions between the European Union, its member-states, and the vaccine maker. Matina Stevis-Graidneff’s report for The New York Times is here. 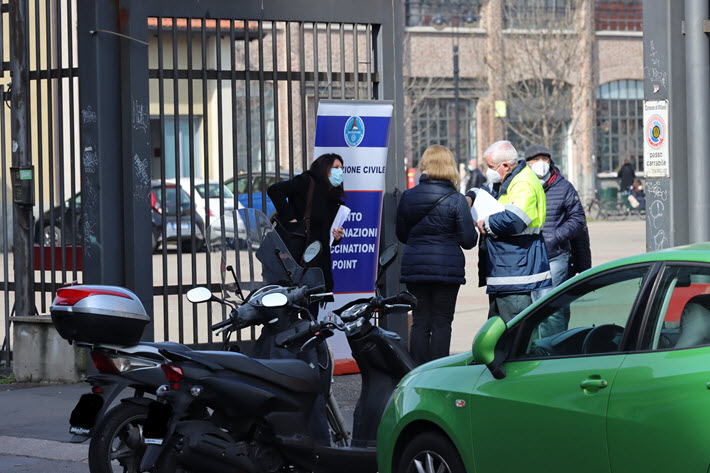 At a coronavirus vaccination center set up at the Fabbrica del Vapore performance venue on Milan’s Via Procaccini, March 22. Image – iStockphoto: Federico Fermeglia