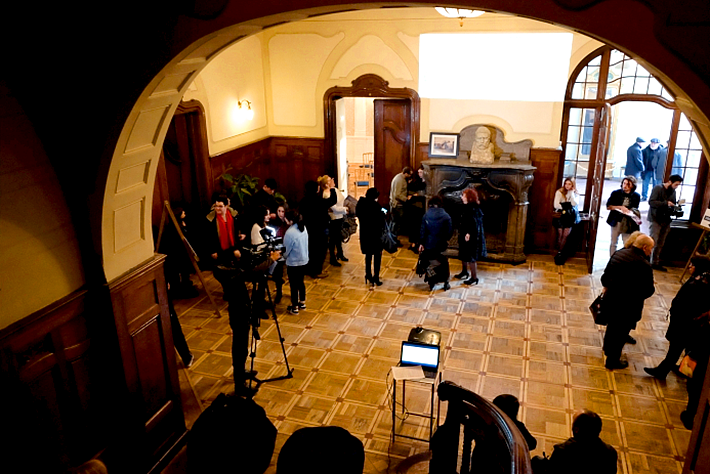 Echoing the 1910s and 1920s, when Tbilisi was known for its cultural life, this digital literary festival’s February 25 opening date reflects Georgia’s 1921 annexation by the Soviet Union.

Timed to this year’s 30th anniversary of the restoration of the Republic of Georgia’s independence (April 9, 1991), an online literary festival for an English-language audience, featuring Georgian writers from the Caucasus has been announced today (February 1) for late this month.

The program takes place February 25 to 28. February 25 marks the centenary of the date of Georgia’s original annexation by the Soviet Union in 1921. The date was declared Soviet Occupation Day in 2010 by the Georgian parliament, to commemorate “the hundreds of thousands of victims of political repressions of the Communist occupational regime.”

The festival is titled Georgia’s Fantastic Tavern: Where Europe Meets Asia, and is coordinated by Tbilisi’s Writers’ House of Georgia, with the British Library and Words Without Borders.

Georgia’s literary life and ambitions were featured—along with its unique and beautiful alphabet—in its stint as Guest of Honor Georgia at Frankfurter Buchmesse in 2018.

‘The stream is available via the British Library’s site and via the Georgian program’s YouTube and  Facebook pages, and the writer and critic Maya Jaggi is curating the program, which emphasizes the café culture of Tbilisi during the country’s short-lived democratic republic, 1918 to 1921.

The name of the program comes from what appears to have been an actual café in Tbilisi during its heyday as what some called a “Paris of the East” in the 1910s and 1920s. The Fantastic Tavern was one of a group of venues including the Argonauts’ Boat, Kimerioni, and the Peacock’s Tail—referred to in today’s media messaging as “cosmopolitan crucibles of the avant-garde, nourished by Georgia’s ancient culture of feasting and toasting with wine,” made in an egg-shaped kvevri.

Eventually, in Stalin’s purges, many writers and other artists would be exiled or executed, some committing suicide.

Ahead of the events this month, Words Without Borders—familiar to Publishing Perspectives readers for our coverage of its magazine editions—is to publish three translated extracts from novels of note from Georgia. Those novels’ writers are Archil Kikodze, Tamta Melashvili and Lasha Bugadze, all of whom are to be heard speaking about their work at the festival. 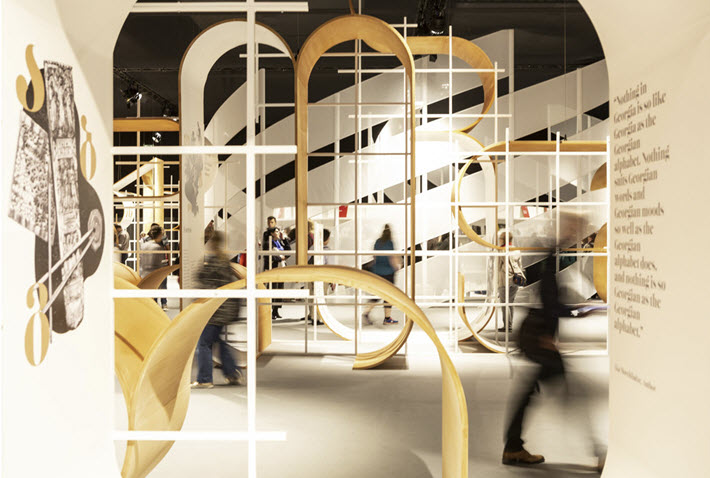 From the new site’s program page, you can click on the four dates of the newly announced digital program to see a list of events. Note that times shown are GMT.

One point of note here is that while we suspect that more events might be added, as of this writing, a lot of healthy restraint seems to have been used, limiting a day’s offerings to between one and four sessions. This is wise in digital presentation. Attendees who are not traveling away from their homes and work to be at an event frequently find digital conferences, fair, festivals, and so on, to be heavily over-programmed, with far more content scheduled than people can reasonably see amid the demands of their daily work and personal lives.

At this point, the Tavern has just 10 events set across four days. That’s plenty.

And to a modest degree, some Georgian traditions in food are represented here along with literature, for example, “In the Tbilisi Café Kitchen,” a February 27 session with chef Luka Nachkebia, who is seen on television as a juror on the show in-country, MasterChef.

Ticketing for the events is available in the information about each session, running through the British Library’s scheduling system.

Each presentation page indicates whether the event is free or has a modest charge.

This program is a kind of follow-on to Where Europe Meets Asia: Georgia 25 was the United Kingdom’s first festival of Georgian writers, originated and curated by Jaggi in association with the Georgian National Book Center in Tbilisi to mark 25 years since the restoration of Georgia’s independence.

More from Publishing Perspectives on the Georgian market is here, and more from us on the coronavirus pandemic is here.