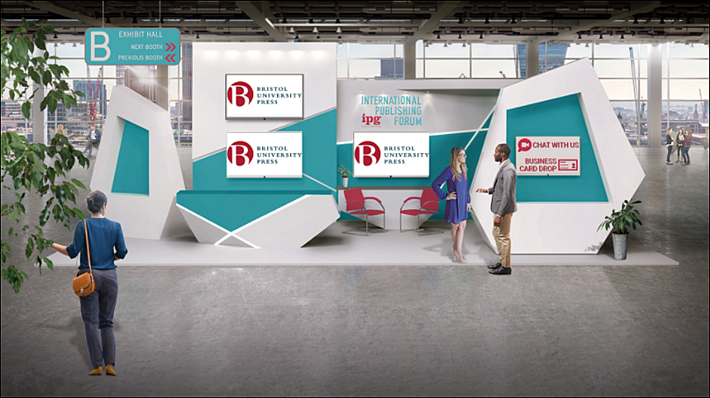 The Independent Publishers Guild is holding two days of informational and networking events in March, as world publishing finds itself without its usual spring events.

Some paid packages offered to publishers in the IPG International Publishers Forum include a digital exhibitor booth in the program’s interactive environment. Image: IPG

While much of the conversation around the world book business’ trade shows and book fairs this year concerns what’s going forward—and in physical or digital modes—the UK’s Independent Publishers Guild (IPG) is staging a new online event, its International Publishers Forum, this spring.

Set for March 9 and 10, the event corresponds closely to what would have been London Book Fair’s dates, with the book fair now set for June 19 to July 1 in what’s hoped can be a physical format.

The IPG March event is free of charge to publishers as delegates, with paid packages for publishers looking for one-on-one meetings “just like at the book fairs” and designation as a “publishing expert.” Some of these packages include exhibitor booths in an interactive online environment—might be a bit Second Life.

The program has been set up, according to media messaging from IPG’s offices today (February 23), to “enable connections between publishers, retailers, suppliers and experts around the world.”

There are sessions being announced to include:

You’ll find a full listing of the events with times on both days on this page, just scroll down below the exhibitor package offers. All times are in GMT. Events on each day start at 0900 GMT, which is 10 a.m. CET, 4 a.m. ET, and a brisk 1 a.m. PT for those in California. 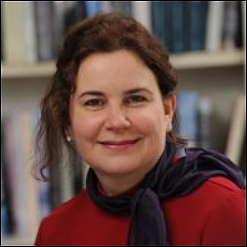 “It’s the IPG at its best—connecting  publishers with counterparts and collaborators, all freely sharing advice—and it’s going to be  an exciting couple of days.”

Much of the informational part of the programming is being presented as networking, something reflected in the current debate about how successful online events can be—as opposed to physical events—in various aspects of the business. Commonly heard comments about digital events indicate that publishing professionals find the usual serendipity of discovery and conversation less doable in the digital context than in physical settings.

Networking sessions and meetings will use Microsoft Teams.

Basic information on registration for the program is here.

More from Publishing Perspectives on book fairs is here, more on rights and licensing is here. more on the UK market is here.

And more from us on the coronavirus COVID-19 pandemic is here.