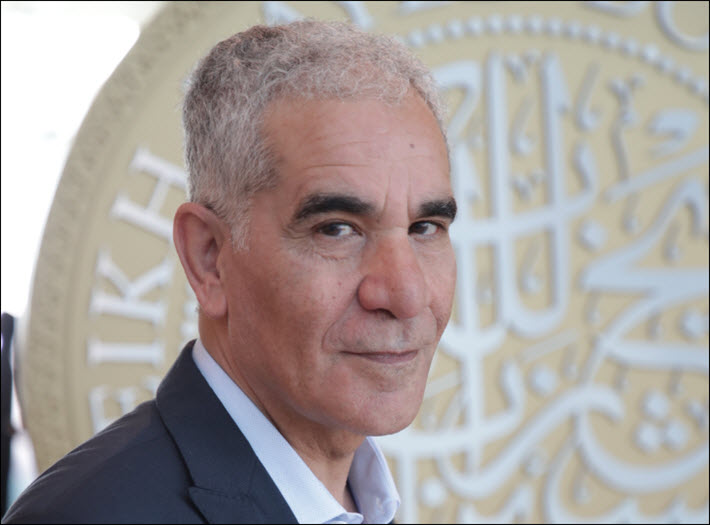 The Syrian author Khalil Sweileh’s ‘Remorse Test,’ winner of the 2018 Sheikh Zayed Book Award in Literature, is to be translated into Ukrainian by Nora-Druk Publishers.

The book, which won the 2018 literature category in the Sheikh Zayed program was published in 2017 by Hachette Antoine/Nofal in Beirut, and is described as “an inward view” of the Syrian civil war. Sweileh’s narrative approach and vocabulary have been praised for having opened a new channel in Syrian literature, in the book’s exploration–made by a writer-protagonist–of Damascus and its “shattered reality of place and society.”

You can learn more about the book here at Frankfurt Rights.

Sweileh’s work includes multiple collections of poetry, and he’s the winner of the 2009 Naguib Mahfouz Medal for Literature for his novel Warraq al-Hubb (Writing Love, AUC Press, 2012). He also was honored with the Arab Journalism Award in 2010.

In making today’s announcement, Dr. Ali bin Tamim, chair of the Abu Dhabi Arabic Language Centre and secretary-general of the Sheikh Zayed Book Award, is quoted, saying, “We are very pleased to announce that our first translation grant of 2021 will ensure that the novel Ikhtibar Al-Nadam gets the wider readership it deserves by being translated from Arabic into Ukrainian.

“Last year was a successful period for the award, during which the translation grant was used for the release of six English, French, German, and Ukrainian translations of Sheikh Zayed Book Award-winning works, and we look forward to further achievements in 2021.” 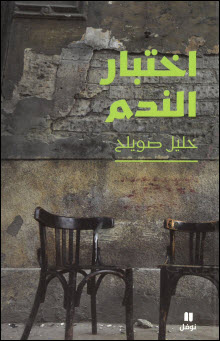 The original cover of the Sweileh book

In learning of the grant, Sweileh said, “Having your novel translated into another language gives it extra wings to fly outside the land of your mother tongue,” which of course is the over-arching mission of the Zayed Award translation grants program.

As Publishing Perspectives readers will remember, the award program announced in December that it will open its program of translation grants to all of its shortlisted titles as well as the winning books, a change that went into effect on January 1.

Prior to this year, the translation grants program—which was founded in 2018—has been available for applications only on the award’s winning titles in certain categories. 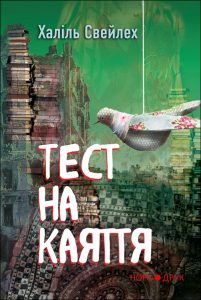 The Ukrainian cover for the coming Sweileh translation

In Kiev, Eleonora Simonova, director of Nora-Druk Publishers, is quoted, saying, “We chose this book because it highlights common factors regarding the impact that wars have on countries, regardless of background and cultures.

“War is a global issue that leads to similar results and, in essence, it displaces not just bodies but souls as well.”

With the translation of Ikhtibar Al-Nadam, the number of translations supported by this initiative will increase to nine, in languages including English, French, German, Italian and Ukrainian. The Sheikh Zayed Book Award will continue to work over the coming months to translate more award-winning and shortlisted works across its literature and children’s literature categories.

With the translation of Ikhtibar Al-Nadam, the number of translations supported by this initiative rises to nine. Languages into which these Arabic works are being translated include English, French, German, Italian and Ukrainian. The Sheikh Zayed Book Award is working in the coming months to translate more award-winning and shortlisted works across its literature and children’s literature categories.

Works translated with the support of the Zayed Award program include:

Below is an announcement video made by the Zayed Award program for the news of the grant.