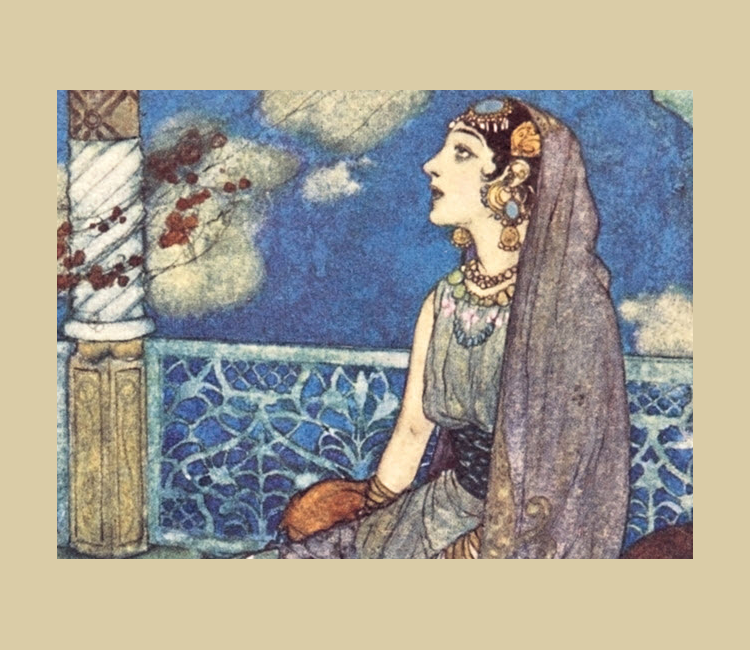 Centuries of fascination for ‘The One Thousand and One Nights’ were examined by two winners of the Sheikh Zayed Book Award this weekend, touching on contemporary interpretation and challenges. 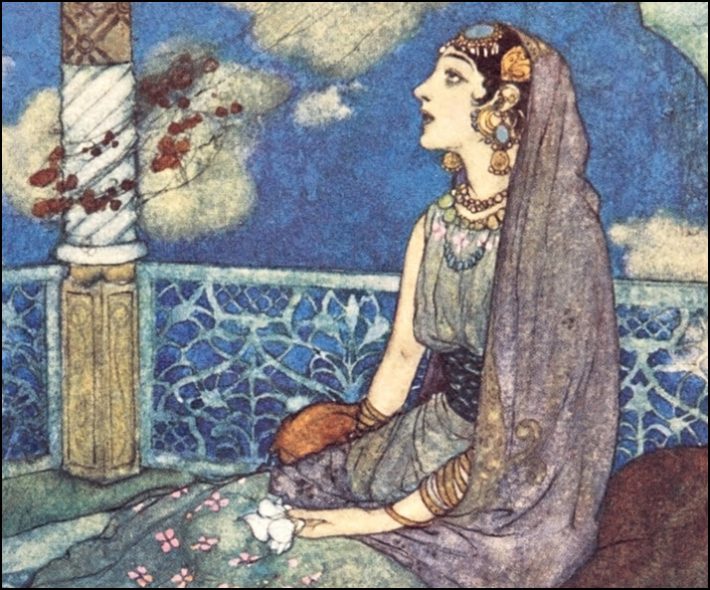 A detail from the cover of Richard van Leeuwen’s ‘The Thousand and One Nights and Twentieth-Century Fiction: Intertextual Readings.’ Image: Brill

‘Part of the DNA of Western Literature’

The two most recent winners of the Sheikh Zayed Book Award in the Arabic Culture in Other Languages category on Sunday (February 7) talked about the singular place of The Thousand and One Nights in literature and wider culture. 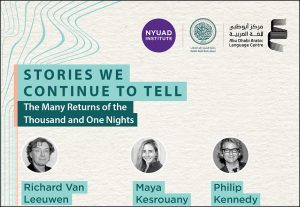 On hand was Richard van Leeuwen, a senior lecturer in Islamic studies at the University of Amsterdam and author of several books on The Nights, as they’re often called. (It’s thought that an English translation in the early 18th century conferred the Arabian Nights title on the material.) His 2020 Zayed Book Award win was in recognition of his The Thousand and One Nights and Twentieth-Century Fiction: Intertextual Readings (Brill, 2018).

And Philip F. Kennedy is a British specialist in Middle Eastern and Islamic studies, who received the 2019 Arabic Culture in Other Languages award for Recognition in the Arabic Narrative Tradition: Discovery, Deliverance, and Delusion (Edinburgh University Press, 2016). 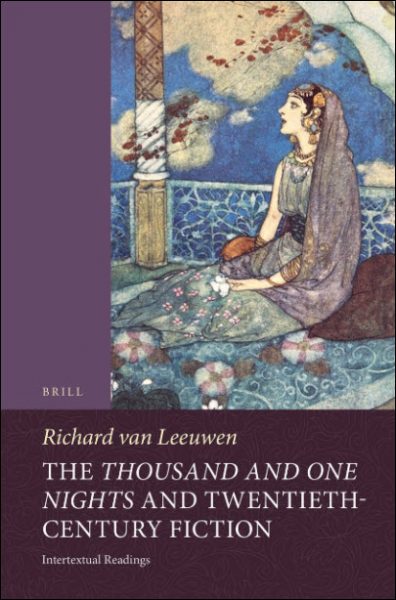 And in some expert moderation, NYU Abu Dhabi’s Maya Kesrouany led Van Leeuwen and Kennedy to look at both historical and contemporary implications of The Nights‘ influence and longevity on the world stage.

Among the most interesting comments were some from the two scholars that pointed to relatively contemporary ironies around this body of work, how it’s been handled in translation over the centuries, and what concerns today might be pertinent.

A recording of the event has been made available by the NYU Abu Dhabi Institute here.

Here, we’ll point you briefly toward two of the more relevant issues to contemporary discussions that arose—feminist issues and cultural stereotyping.

Toward a ‘World Literature’

More writings from Richard van Leeuwen on the topic of ‘The Nights’ include, from left, ‘The Arabian Nights: An Encyclopedia’ with Ulrich Marzolph (ABC-CLIO, 2004); ‘The Thousand and One Nights: Space, Travel, and Transformation’ (Routledge, 2007); and ‘The World of Scheherazade’ (Bulaaq, 1999)

The Nights, as a work of literature, is easily understandable as a volume of “world literature,” in that this compendium of folk tales and mythology gathered between the eighth and 14th centuries has no single author’s or translator’s or scholars’ hand on its compilation. In fact, it has morphed over time and through an expanding body of translations, driving scholars to study and specialize in the evolution of its myriad iterations.

So pervasive is this body of content, albeit in what Kennedy calls a “messy” range of treatments and translations, that it has become what van Leeuwen calls “part of the DNA of Western literature.”

What’s common to the many editions, translations, and modifications of the collection of tales is the story-within-a-story, the dark tale of a ruler, Shahryār, who kills his wife for her infidelity and then murders a succession of virgins each morning so that none of them can be unfaithful to him. Scheherazade is the woman who stays alive by entrancing Shahryār with nightly cliffhangers.

While several of the stories are core content in the earliest compendiums (“The Merchant and the Genie,” “The Three Apples,” “The Fisherman and the Genie”), others you might consider part of the main body of the work are relatively late arrivals. Those include “Aladdin and His Magic Lamp” and “Sinbad the Sailor” and seem to have been included in various translated iterations of the work, the first printed Arabic-language edition apparently dating to the late 18th century.

The question of today’s feminist concepts and sensibilities arises readily today, of course. As Kesrouany put it in taking the question to van Leeuwen and Kennedy, “This is a gendered story, at the end of the day. Scheherazade is telling stories to save her life, which wouldn’t have been the situation had she been a man.” 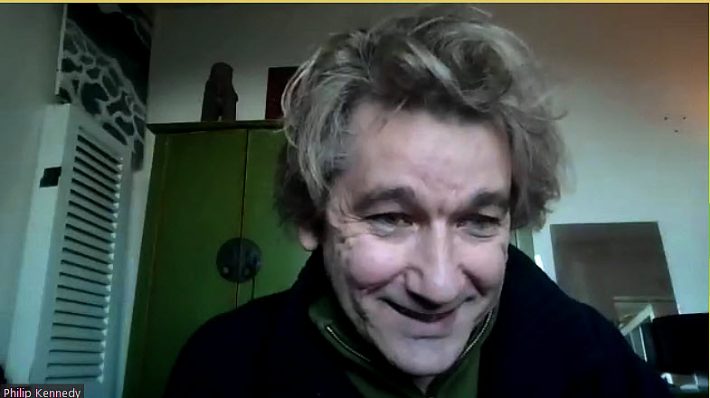 In response, Kennedy in the UK positioned Scheherazade as “the icon” of exactly the context Kesrouany was describing. “I don’t know when she became that icon,” he said, “but she certainly is now.”

A complicating factor in this evocation of the arch character of The Nights as a performer of women’s genius and bravery is, Kennedy said, the fact that “we’re pretty sure the redactors,” the editors of the collection of tales, “were men. And yet they created this icon of womanhood and storytelling” and in an era, of course, rarely given to such elevation of women.

For his part, van Leeuwen turned the issue around, referencing how the positioning of Scheherazade counters a certain body of Old World literature that would have been known to compilers at the time.

“I think the gender aspect is really important,” he said. “I have a theory that The Thousand and One Nights might be a parody on a genre which existed in Arabic literature and also in European literature.” That genre “is typically very misogynistic literature. It’s about a king being seduced by a concubine, listening to her advice, doing what she says, and thereby destroying the empire. 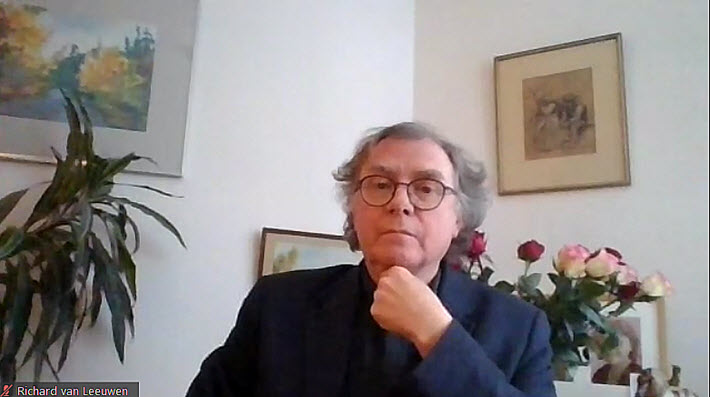 “Because he has allowed the” traditionally presumed “sensuality and irrationality of women to interfere with the rationality of the administration of his empire, women are [seen as] a threat to the survival of kingship, of empires.

“These roles have been inverted in The Thousand and One Nights. On one hand, it looks like the spouse of the king is destroying the empire by deceiving him. But on the other hand, it is Scheherazade who saves the empire. She returns a kind of sensitivity to the king. It takes him out of the cycle of killing women and heading for the destruction of his empire.

“So this is an inversion of the misogynistic roles that existed in a kind of literature in the Medieval Arabic period.”

Van Leeuwen conceded, however, that the paradox Kennedy had pointed to remains in place. “As Philip says, Scheherazade has a heroic role, but it’s clear that we shouldn’t attribute feminist connotations” as we know them today. “It’s clear that the collection, and even the frame story” of Scheherazade as storyteller “were written by men, and they’re clearly appealing to male imagination, as well.”

Some scholars of The Nights, he pointed out, have noted that even other strong-willed women in the stories “appeal to an image” held by some men of what might constitute female strength. “This is quite ambivalent and it can be debated,” the tales containing “a lot of clearly anti-feminist elements, as well as very strong women and weak men.” It is, he said, a matter of interpretation “to what extent you’d connect this with modern feminist ideas.”

At one point, van Leeuwen said wryly that he’s glad not to be making a new translation of The Nights because elements of the work naturally require some considerable choices. 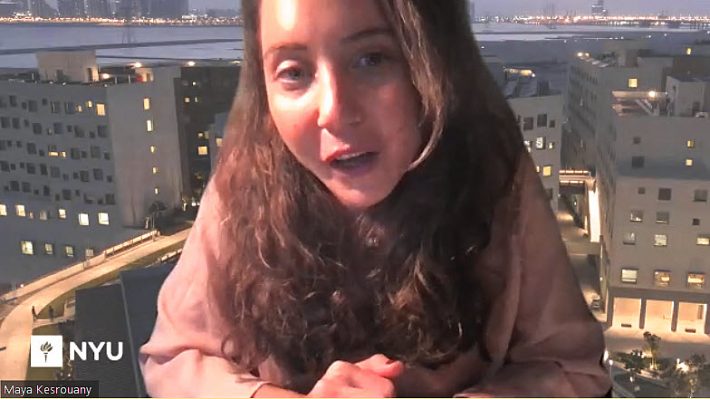 “The whole tradition of translation,” he pointed out, has a dimension of accommodation and evocation of the times, something good translators are accustomed to grappling with. But, as he pointed out in response to Kesrouany’s question about how new-generation readers today may perceive the work, there are immediately challenging features common to The Nights for readers in 2021.

“The stereotypical representation of Black characters,” he said, “usually have a very negative connotation or role” in the stories. “Christians are always drunk or on their way to the tavern.

As Kennedy pointed out, the translation into French by JC Mardrus—published between 1898 and 1904—is one that might be considered a culprit for some of the Orientalism so frequently associated with The Nights in that era’s Western translations.

Van Leeuwen agreed with this, pointing out that Mardrus had pulled his aesthetic references from many sources and, because he grown up in Egypt, was at the time considered to be Oriental, which led critics to praise his work as being “more authentic than the original.”

If you’d like to hear more from Richard van Leeuwen on his work on The Nights and their impact, you may enjoy a March 4 event in which the Zayed-winning author will speak on the topic with Cambridge University’s Assef Ashraf of Pembroke College. 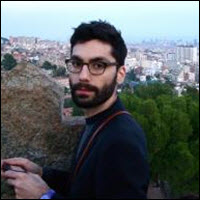 March, as it happens, is the United Arab Emirates’ National Reading Month, which is devised with several goals. They include, per the ministry of culture’s description:

You can find an interactive listing of National Reading Month activities for 2021 here.