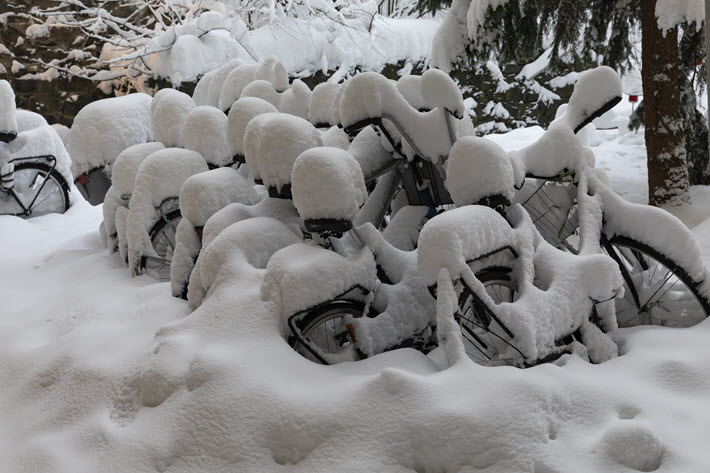 Bikes in Helsinki on January 13. The photographer makes the point that this is in the southern part of Helsinki. Image – iStockphoto: Karis

At the Helsinki Literary Agency, Urtė Liepuoniūtė has alerted us to an upcoming digital international rights symposium set for February 19 and 20.

Publishing Perspectives readers know Liepuoniūtė for the innovative podcast programming she started in December with the reindeer-denialist author Juhani Karila. 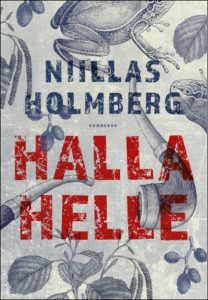 The effort has continued (while many such shiny new series fall by the wayside). February 6—now with some irony relative to the Trump domestic terrorist attack on the United States’ congress—is the date on which the first Sámi congress was held in 1917 in Trondheim.

And so for the series’ fifth episode, Liepuoniūtė has a National Sámi Day conversation with Niillas Holmberg, the Sámi author of Halla Helle, said by Liepuoniūtė to be “the first novel in decades written by a Sámi person about Sámi culture.” Indeed, she says that the last such attempts date back as far as 50 to 70 years.

You can hear that discussion, in which Holmberg points out that the Finnish school system still teaches almost nothing about the Sámi people, though, “Nowadays our voice is heard a little bit better” through social media.

Holmberg’s new book may be featured in the symposium later this month, as it’s specifically designed to introduce northern Finnish authors and books to international literature professionals including translators, literary agents, and publishers.

Today (February 10), we learn that the program is presented by the Oulu Writers Association. Founded in 2010, the association comprises professional writers based at the Oulu House of Literature and featured in a magazine called Stiiknafuulia. 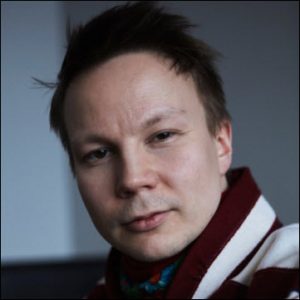 With an intriguing name—Black Hole: Books Meet Rights—the program is free of charge, although registration is required.

Primary funding for the event comes from the City of Oulu and the Finnish ministry of culture and education.

The platform being used for this one is Brella.io—you’ll log in with your own Brella account or your Facebook account—and you can find joining instructions on the informational page about the event.

“Generally,” the Helsinki agency’s Liepuoniūtė says, “this is a great opportunity for anyone who is interested in Finnish literature. ”

Briefly, that first day, the Friday, has several topical panels planned, and more details about speakers and themes is on the event’s page. Room names are guides to where to find the events on Brella. Times listed are Central European, CET.

12 noon: Opening, Franzén Hall
This session is to include a look at Finnish literature in the Nordic field and a survey of literary exports.

1 p.m.: Line 1, Snellman Room
This discussion looks at the appeal of Finnish literature for international readers and a Swedish agent’s take on Finnish content and which types of projects and titles may travel best.

1 p.m.: Line 2, Runeberg Room
In this event, translation of Finnish content is examined, and there’s a look at the status of literature in the Nordic markets.

3:30 p.m.: Franzén Hall
Here, the focus is on what makes Finnish literature written in Swedish unique, what it’s like to be a minority author in Finland, and how an author’s work translates into Nordic languages.

7 p.m.: Virtual Club
This is a time for unstructured conversation, hosted by Tuomo Heikkinen, the Oulu Writers Association’s executive manager. 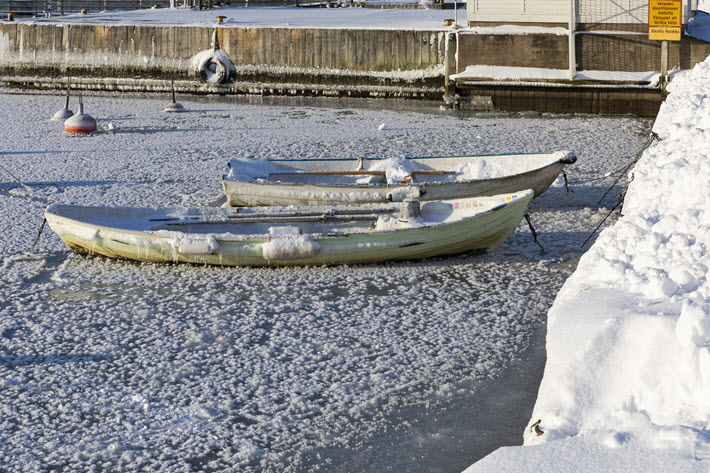 More from Publishing Perspectives on the Finnish market is here, more on rights is here, and more from us on the coronavirus pandemic is here.