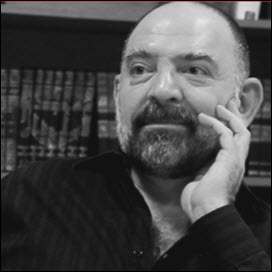 Leaders of Frankfurter Buchmesse and the Börsenverein, supported by the International Publishers Association, condemn the killing of Lokman Slim on February 4 in the village of Addoussieh. 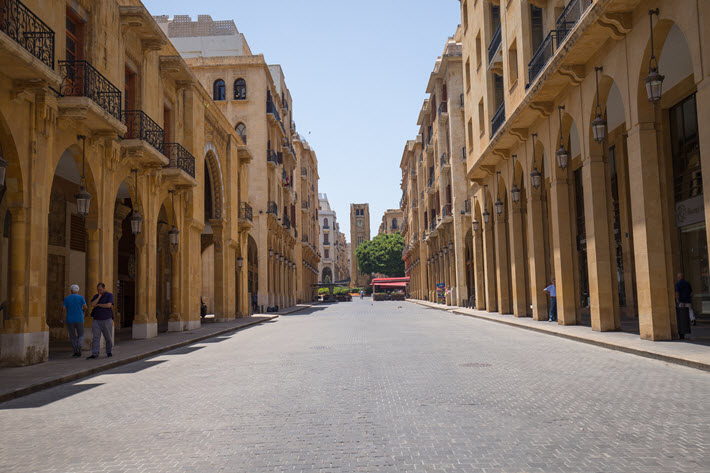 ‘A Fearless, Outspoken, and Committed Fighter’

In a report from Reuters Beirut, we learned of a protest on Saturday (February 6), demanding an investigation into the killing of anti-Hezbollah activist Lokman Slim, a publisher, critic, and documentary filmmaker. Those protesters’ demand is joined by many in the world publishing community.

Slim, as many Publishing Perspectives readers know, was found dead in his car on Thursday (February 4) in southern Lebanon’s village of Addoussieh. He had been shot to death. He was 58.

In Ben Hubbard and Hwaida Saad’s coverage for The New York Times, it’s pointed out that Slim’s death came “at a time of multiple crises that have pushed Lebanon to the brink of collapse. Its political system is nearly paralyzed, its economy is in free-fall, and many of its people are still suffering the after-effects of a huge explosion in the Beirut port in August that killed more than 200 people.”

“We are shocked and deeply saddened by the murder of filmmaker and publisher Lokman Slim and we call for an international investigation into this callous killing. The international publishing community mourns a fearless, outspoken, and committed fighter for the right to freedom of expression.

“In 2004, Lokman Slim and his publishing house Dar Al Jadeed participated in Frankfurter Buchmesse’s invitation program, which is funded by the German Federal Foreign Office.

“As a co-founder of the Documentation and Research Center UMAM, Lokman Slim was committed to analysis and debate regarding the recent history of Lebanon and Syria. Together with his German partner Monika Borgmann, he made the award-winning documentaries Massacre (2004), on the perpetrators of the Sabra and Shatila massacre, and Tadmor (2016), about a torture prison run by the Assad regime.

“We offer our sincere condolences Borgmann and to Lokman Slim’s sister and co-founder of Dar Al Jadeed publishing house, Rasha al-Amir, as well as to the entire family.”

In a writeup from Natalia Sancha for El Pais, it’s pointed out that the assault on Slim came exactly six months after the August 4 blast in Beirut, and event to which many world publishing figures have been responsive.

One of those who has led several efforts to help Beirut’s book community after that devastating August explosion is Bodour Al Qasimi, who helms Sharjah’s World Book Capital program.

Now president of the International Publishers Association, Bodour has issued a statement for the association and in support of the Buchmesse-Börsenverein commentary, saying:

“We were saddened to learn of the loss of Lokman Slim, a valued member of the international publishing community.

“His murder, apparently for exercising his right to freedom of speech, calls for an international investigation into his death.

“We must ensure that others are not scared into silence.”

‘To Debate a Democratic Future’

Danielle Pletka and Michael Rubin of the American Enterprise Institute, in their opinion piece for the Washington Post echo this theme. They write of how Slim “founded Hayya Bina (Let’s Go), an anti-Hezbollah organization,” and “campaigned tirelessly in neighborhoods dominated by Hezbollah against the group’s efforts to subvert Lebanese democracy and to subordinate Lebanese national interests to Iran’s.”

And they recall his association with their institute, writing, “In 2005, in the wake of Lebanon’s Cedar Revolution, Slim joined a diverse group of Arab reformers in a project to debate a democratic future for their countries.

“The following year, he presented his thoughts about how to counter Hezbollah corruption at a conference at our think tank, the American Enterprise Institute. In a subsequent AEI essay, he wrote, ‘Until Lebanese intellectuals are willing to draw a line in the sand and not allow Hezbollah and other hired thugs to define the debate, there is little hope for real dissent and reform.'”

Pletka and Rubin offer a link to a collection of essays that includes Slim’s Hezbollah and the Problem of State Control (Page 69, PDF).

The Coronavirus in Lebanon

In terms of the COVID-19 pandemic, the news from Lebanon continues to be challenging.

Nabih Bulos for the Los Angeles Times writes that “Lebanon’s medical system is buckling under a post-holiday COVID-19 surge that has killed almost as many people in January alone as died from the disease all last year.”

On Friday, Bulos wrote in his LA Times article, “The lockdown is set to end next week, despite warnings from medical officials that a hasty reopening could wipe out its hard-won gains.

“But with Lebanese turning desperate and more than half the country living below the poverty line, even they acknowledge that further economic pain could be just as lethal.”