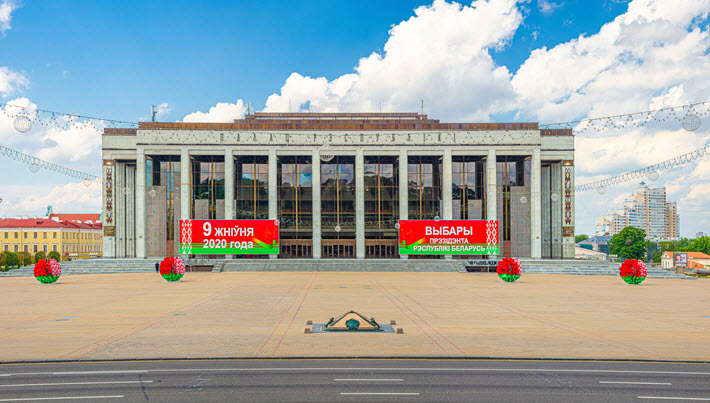 The German association of publishers and booksellers cites a ‘wave of threats against publishers, booksellers, translators, and writers’ in Belarus, in a sharply worded new statement. 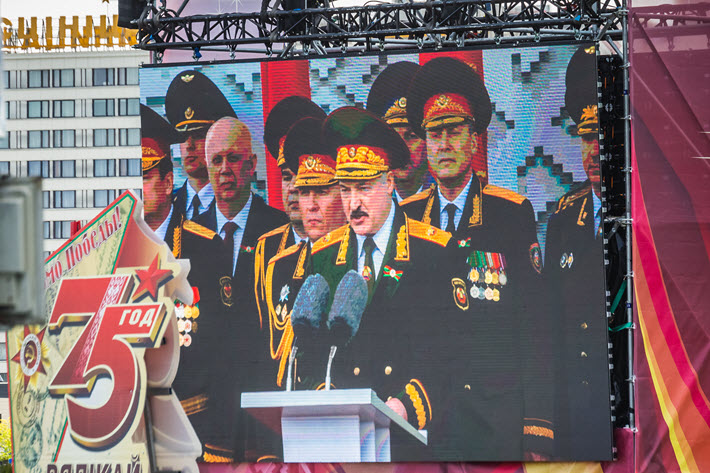 Alexander Lukashenko was pictured in this shot from the May 9, 2020, parade honoring the 75th anniversary of the end of the ‘Great Patriotic War’–the term used in Russia and some former Soviet satellites for the World War II conflict between the Soviet Union and Germany. The 2020 parade in Minsk was held three months before the now-disputed reelection of Lukashenko. Image – iStockphoto: Ruslan Kaln

Also: European writers and translators demand action for Belarus from ministries of culture

‘To Our Colleagues in Belarus: You Are Not Alone’

On the heels of the release of PEN America’s new Safety Guide for Artists—our story on the presentation of the new guide is here—the Börsenverein des Deutschen Buchhandels, Germany’s publishers and booksellers association, has issued a new call for a cessation of state hostilities “on criticism being voiced by the cultural and book sectors.”

The call this morning (February 4) precedes Sunday’s Day of Solidarity with Belarus, set for Sunday (February 7) in response to a call for the observance by opposition leader Svetlana Tikhanovskaya.

As Publishing Perspectives readers will recall, the political crisis began in Minsk following the August 9 election there. Sunday marks six months since that election.

The opposition has never recognized that sixth reelection claimed by Alexander Lukashenko, who has been the only president of Belarus since the creation of the office in July 1994. Lukashenko has remained in place, despite the loss of recognition as the legitimate president of the country by both the European Union and the United States.

By September, the United Nations’ Human Rights Office had cited hundreds of cases of torture and harsh treatment of detained protesters by Lukashenko’s security forces. Nobel-winning author Svetlana Alexievich has been among the writers questioned by state investigators.

The Börsenverein’s media messaging today says, “For several weeks now, the Belarusian government has been stepping up its crackdown on criticism being voiced by the cultural and book sectors.

“In mid-January, security forces temporarily arrested several people from the publishing and bookselling community. The literary translator Volha Kalackaja remains in custody. A sense of fear and insecurity currently prevails among intellectuals.”

Horbach: ‘Members of the Book Sector Are Targeted’

Speaking for the organization’s Interest Group for Freedom of Expression, Jürgen Horbach says: 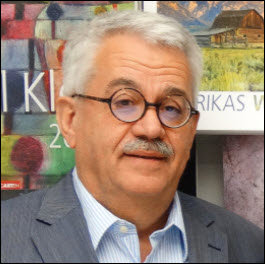 “The latest wave of threats against publishers, booksellers, translators, and writers is another step by president Lukashenko’s regime to restrict fundamental freedoms and human rights in Belarus.

“The creation and distribution of written works, be they journalistic, literary or essays, are an essential pillar for civil liberties movements. Consequently, members of the book sector are often quickly targeted by the ruling powers in such countries that repress fundamental freedoms.

“We call on those in power in Belarus to cease the persecution of booksellers, publishers and all those associated with the book sector and to allow public debate on social developments, as is customary in democratic states.

“To our colleagues in Belarus, we call out: You are not alone, we stand behind you and will do everything we can to support you.”

Among those temporarily detained in January, the organization says, are:

They have since been released, today’s notice confirms, but on condition that they don’t speak about the accusations brought against them.

In an interview with Agence France-Presse, the opposition leader Tikhanovskaya—who speaks from Lithuania—is reported by France 24 to have reiterated her call for “heavy and wide-ranging” EU sanctions on Belarus, saying that existing ones have been “very measured and this has disappointed many Belarusians.”

The Belarus government’s Palace of the Republic in Minsk on July 26, 2020, was festooned with announcements about the now-disputed August 9 presidential election. Image – iStockphoto: Aliaksandr Antanovich