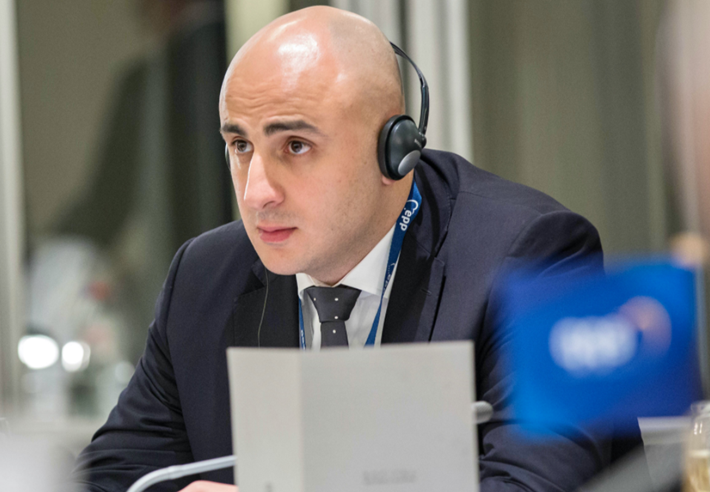 The violent state arrest Tuesday of Georgian opposition leader Nika Melia prompts a message of alarm to the world publishing community from Tbilisi.

‘The Threat We Are Facing’

In the aftermath of today’s (February 23) early-hours arrest of Georgian opposition leader Nika Melia, the Georgian Publishers and Booksellers Association and PEN Center Georgia have issued an urgent joint statement made available to Publishing Perspectives.

“The current government of Georgia,” the statement reads, “has embarked on a path of dictatorial rule and after the usurpation of state institutions, began prosecuting and arresting its political opponents.

“We are certain that such proceedings—the exclusion of Georgia from the path of democratic development and the betrayal of the country’s aspirations towards Western values—serve the interests of the current Russian government and are carried out with their direct participation.”

The statement goes on to say, “Georgian writers and publishers appeal to all of our friends and supporters, to share the threat we are facing and to once again express solidarity in support of our rightful fight for freedom and protecting independence.” 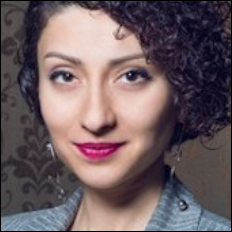 The chair of the Georgian Publishers and Booksellers Association—and a signatory among more than 40 people to today’s statement—is Gvantsa Jobava, a familiar international publishing personality to Publishing Perspectives readers. She’s an executive committee member of the International Publishers Association and a member of its Freedom to Publish committee. She was director of the publishing program for Guest of Honor Georgia at Frankfurter Buchmesse in 2018 and is international relations chief with  Intelekti Publishing in Tbilisi, which is to be UNESCO’s World Book Capital 2021.

What’s triggering the alarm is the arrest today of Melia in Tbilisi in what’s said to have been a violent raid on the headquarters of the lead Georgian opposition party. In Isabelle Khurshudyan’s report for the Washington Post from Moscow, we read, “Melia, leader of the United National Movement, was dragged from his party headquarters early Tuesday in a scene broadcast on live television.

“His party posted photos on Twitter of a large contingent of riot police entering the building and said the security forces used tear gas to arrest dozens of Melia’s supporters inside.”

This morning, Radio Free Europe/Radio Liberty has reported, “Thousands of representatives of different opposition parties and civil rights activists are rallying in front of Georgia’s government building, demanding the immediate release of an opposition leader Nika Melia, who was detained hours earlier when police stormed his party’s offices.”

(Radio Free Europe is a service of the United States Agency for Global Media. One of the first moves the Joe Biden administration made a month ago was to fire the allies of Donald Trump, who had been installed to run these news outlets. This was done to safeguard the editorial efficacy of the service, as reported here by Pranshu Verma of The New York Times.)

In Sophiko Megrelidze’s report of today’s action for the Associated Press, there’s context around the violent arrest of Melia and, as we understand it, as some 20 of his associates.

“The political situation in Georgia has been tense since a fall parliamentary election,” Megrelidze writes. “The opposition is demanding a rerun of the vote. Before the police raid, parliament members on Tuesday named a new prime minister, replacing one who opposed arresting Melia because of concern it would escalate the country’s political crisis. Melia faces charges of inciting violence during protests in 2019. He had been free on bail.”

In Tbilisi, the PEN Center’s and publishers’ association’s messaging points out a disturbing aspect to these events for Georgians. February 23 in 1921 was the date on which “Georgian cadets and thousands of soldiers sacrificed themselves to protect the sovereignty of Georgia,” as the statement puts it. “Despite this great sacrifice, on February 25, 1921, Tbilisi was occupied by the 11th Red Army which made Georgia a part of the Russian Soviet Empire.”

The nation of Georgia would remain an occupied Soviet satellite for 70 years before regaining its independence.

So it is that the actions of the government today have deep resonance for the Georgians issuing their statement, “our country’s democratic achievements are still in great danger.”

In its report on the storming of the opposition headquarters and detention of Melia and colleagues, Euronews’ update reads, “Euronews Georgia correspondent Davit Kekenadze, reporting from the capital, Tbilisi, said the new prime minister had warned that ‘justice will be served and Melia won’t be able to hide.’

In September, the Georgian Publishers and Booksellers Association issued a statement of support for their counterparts in Belarus, where post-election struggles have similar overtones to those now erupting in Tbilisi.

A tweet from the British ambassador to Georgia, Mark Clayton, this morning has called for restraint.

Shocked by the scenes at UNM headquarters this morning. Violence and chaos in Tbilisi are the last thing Georgia needs right now. I urge all sides to act with restraint, now and in the coming days. @UKinGeorgia

More from Publishing Perspectives on the Georgian market is here, more on the Georgian Publishers and Booksellers Association is here, and more on PEN and its international chapters and activities is here.