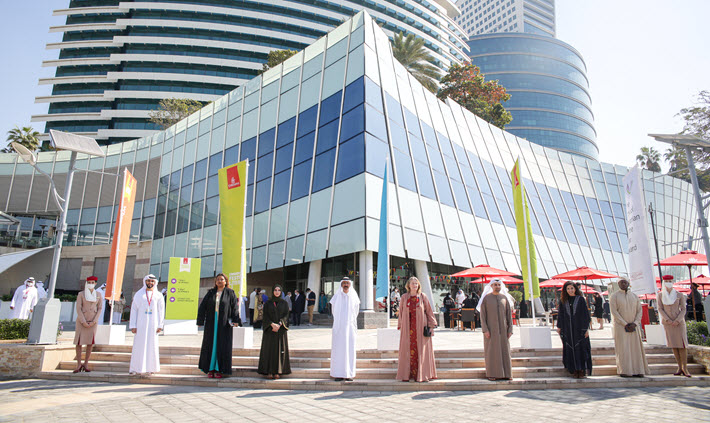 Lemn Sissay is a headliner as the three-week Emirates Airline Festival of Literature closes its hybrid run for 2021, having engaged more than 90 authors in digital and physical events.

As it enters its final of three weekends in Dubai,  the Emirates Airline Festival of Literature moves to its Alsserkal Avenue venue today (February 12), having been at the Jameel Arts Centre (January 29 and 30) and at the soaring InterContinental Dubai Festival City (February 4 to 6).

A combination of digital and physical events, as Publishing Perspectives readers will recall, the program today features: 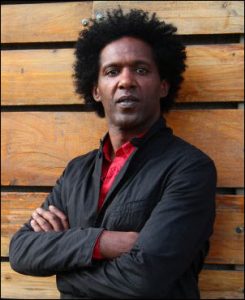 The program’s Saturday highlights include: 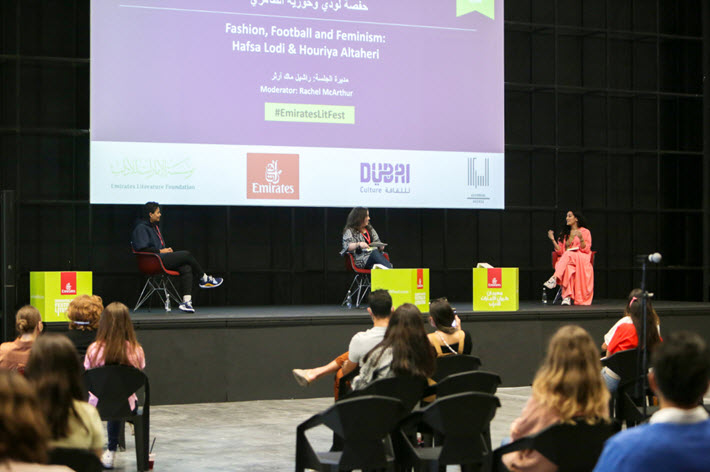 The top honor has gone to Benjamin Crossland for a science-fiction novel titled MindSet.

The latest winner of the competition to be published is Polly Phillips whose debut novel, My Best Friend’s Murder, has been signed by Simon & Schuster, and is being made available as an ebook and audiobook. The paperback is to be published in July.

Charlotte Butterfield has announced a new publishing deal with the UK’s Hodder & Stoughton for her novel My Second-Chance Life, to be released in April 2022.

Festival director Ahlam Bolooki is pleased, she says, with the growing traction for this program, saying, “Anyone serious about their writing should take the opportunity provided by this competition to get their work noticed. It has been very exciting for us to have played a part in enabling publishing success for so many new authors.”

Other authors participating this year have included Elif Shafak, Malala, and Amin Maalouf, and we look forward to news of attendance figures after the staff has finished the three-week program and worked up the figures for both the physical and digital offerings.

One of the few such international book events to have attempted a physical component, the Emirates Airline Festival of Literature, with Isobel Abulhoul as its CEO, now stands with the Sharjah International Book Fair for having mounted a physical event during the pandemic. Under the direction of Sharjah Book Authority’s chair Ahmed Al Ameri, the Sharjah fair drew a reported 382,000 attendees, with extensive COVID-19 spread-mitigation measures.

The Emirates Airline event has similarly worked with Dubai’s health authorities for regulatory efforts, in an attempt to make the event as safe as possible.

The Coronavirus in the UAE

At this writing, the 4:23 a.m. ET (0923 GMT) update of the Johns Hopkins Coronavirus Resource Center sees 339,667 cases in the United Arab Emirates’ population of 9.6 million, with 986 reported fatalities.

Abeer Abu Omar at Bloomberg reports that Dubai is now being seen as a potential test market for aggressive vaccination programs, and high testing rate. “Cases in the UAE quadrupled to almost 4,000 a day by the end of January,” Omar writes, “though they’ve since fallen to just under 3,000.

“Notwithstanding that rise, the UAE’s 0.3-percent fatality rate remains one of the lowest globally, partly due to its youthful population.” 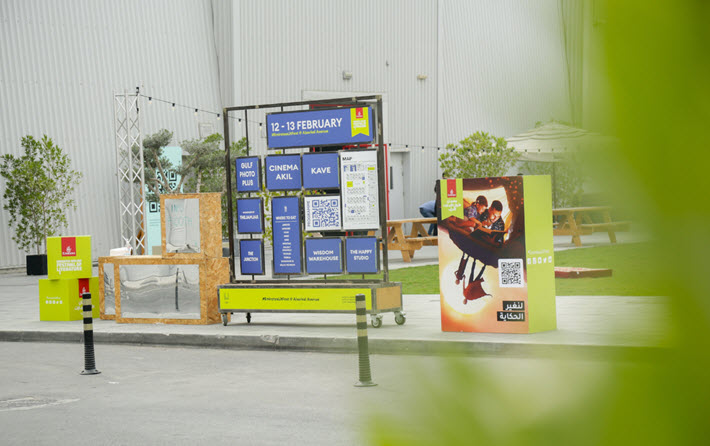 At this weekend’s Alsserkal Avenue venue for the Emirates Airline Festival of Literature. Image: EAFL

More from Publishing Perspectives on literary festivals is here. More from us on the United Arab Emirates is here.