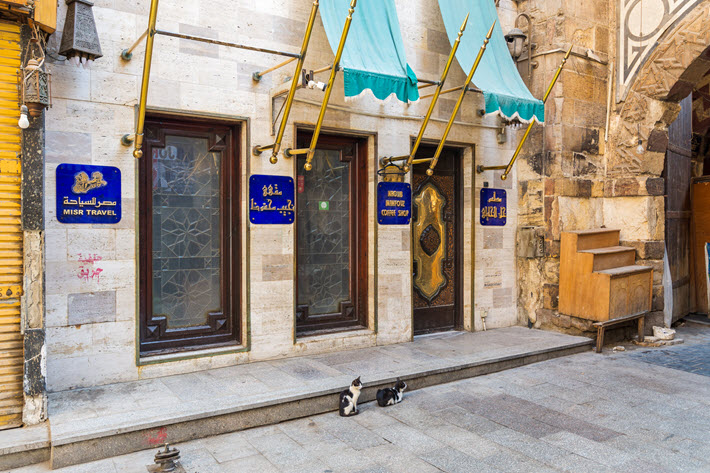 Delayed in its jury deliberations amid restrictions around the COVID-19 pandemic, AUCPress’ prize program releases a shortlist of Arabic-language novels from Egypt, Syria, Algeria, and Yemen.

The Naguib Mahfouz coffeehouse in the Khan el-Khalili souk in Cairo is closed in this shot (June 26) because of spread-mitigation measures in the coronavirus pandemic. Image – iStockphoto: Keladawy

As many publishing and book awards in the international industry become active this time of year, few have waited 25 years to publish a shortlist. 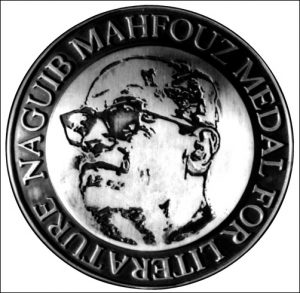 That, however, is the case with the Naguib Mahfouz Medal for Literature, which on Monday (February 8) issued its first shortlist of six titles.

The use of a shortlist, it appears, is a response to the fact that the award program was delayed by restrictions around the coronavirus COVID-19 pandemic. A note on the program’s page reads, “Due to the unprecedented volume of entries for the Naguib Mahfouz Medal for Literature this year, and the limitations on reviewing those entries imposed by the COVID-19 pandemic, we regret to announce that the awarding of the Mahfouz Medal—normally scheduled for December 2020—is likely to be severely delayed this year.”

In terms of that volume of entries the program references, organizers say that 270 submissions were made “from, across the Arab world and diaspora.”

And in many cases in the last year, various awards programs have had to send their jurors only digital copies of submissions to read, and many juries have conducted their work on video platforms, with face-to-face meetings and travel impossible.

The jurors this time for the Mahfouz Medal are:

The program expects to announce a winner in March.

Named for the late 1988 Nobel-winning Egyptian writer (1911-2006), the Mahfouz Medal program has been in operation since 1996. It’s presented by the AUC Press, the American University in Cairo Press. It carries a cash prize of US$5,000 and a silver medal for its winner along with translation and publication in an English-language edition by the AUC Press in Cairo, New York, and London, under the press’ Hoopoe imprint.

The award honors a contemporary novel published in Arabic–but not yet given an English translation–which has been published in the last two years.

Past winners of the Mahfouz Medal comprise 10 women and 14 men. Twelve Egyptians have won the honor, as have three Palestinians, one Algerian, two Lebanese writers, one Moroccan, two Syrians, one Iraqi, one Sudanese writer, and one Saudi Arabian.

Those past winners are:

The Coronavirus in Egypt

On Monday (February 8), the health ministry reported 567 new cases nationwide and 48 deaths. After appearing to have sustained a sharp upturn in cases in January to near the highs of June and July, the daily rate seems to have eased

China has been reported to be giving 300,000 doses of its vaccines, to inoculate 150,000 people, according to the Egypt Independent. Sinovac has not yet been approved for use in Egypt, while Sinopharm has.

More from Publishing Perspectives on publishing and book awards is here. More from us on Arabic literature and the industry is here; and more from us relative to books and Egypt is here.