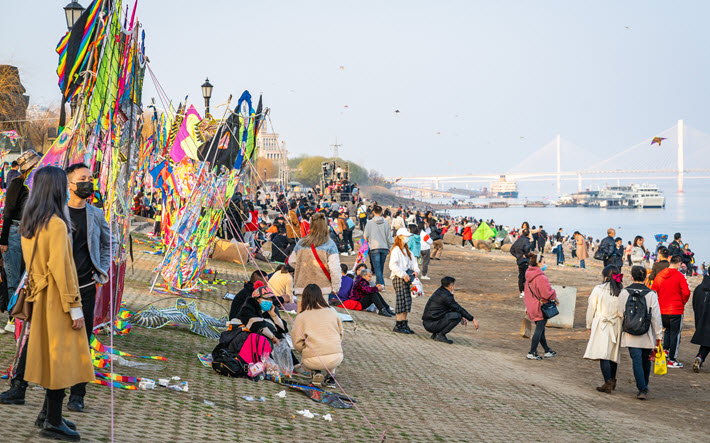 In China, an interesting new fiction bestseller is mixed with nonfiction—and become a point of debate among Chinese readers. In illustrated books, a title for only children has a touching message.

On the banks of the Yangtze in Wuhan, a February 14 shot of citizens out for celebrations of the Lunar New Year, the Year of the Ox. Image – iStockphoto: Julien Viry

There were six new titles on the Beijing OpenBook overall bestseller list in fiction in January, and in three cases, they moved quite quickly by this market’s standards, having been published within three months of their arrivals on the chart. 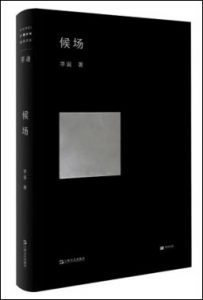 ‘Preparing for the Stage’ by Li Dan

The six new Chinese bestsellers in January are:

Li Dan’s Preparing for the Stage is a debut novella, its title also sometimes translated as something more cautionary, Wait to Come Onstage.

Some sales-boosting controversy has surrounded this one, in which author Li Dan uses his own name for his character who starts a talk show and builds a big showbiz life for himself. As it happens, the piece turns out to be something we might call autobiographical fiction, although that, of course, is a contradiction in terms. 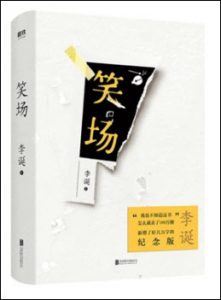 Written in a conversational, confessional style, then, the piece has caused some consternation among readers and critics who prefer their fiction and nonfiction to be kept apart. The unreliable narrator is an unreliable author, too, it turns out, and the debate about whether the book is “true” echoes a great deal of trouble many in the world today seem to have in keeping those things separate.

What complicates this is the associated re-entry into the nonfiction chart of Li Dan’s Gag Reel, catching the momentum of the fictionalized autobiography. This one is actual nonfiction and is based on a show of the same title, a program streamed online. 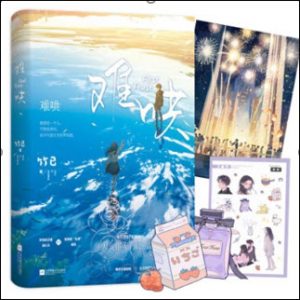 Meanwhile back on the fiction list, First Frost and Hidden Love are companion pieces and they demonstrate a trend in marketing based on “online literature,” as the immense sector of Internet series writing is called in many parts of Asia.

Once a series has become a hit, a publisher will create a physical book edition of it, which is then bought by faithful fans as a collector’s item. The book is then flanked with other products including postcards, posters, and so on. What sells, in other words, is the merchandise.

Author Zhu Yi has a major presence in various social media and thus has been charting in online channels as well as with OpenBook’s wider rankings.

Regular readers of our China bestsellers articles know that Miracles of the Namiya General Store by the Japanese writer Higashino Keigo—hugely popular in China—is hardly new but has been brought out in a “2020 edition” with an attractive new cover.

Children’s Books: For the Only Child

If controversy helps drive the main fiction (and nonfiction) list in January in China, there’s a touching parallel in children’s books being noted this month by our good colleagues at OpenBook. 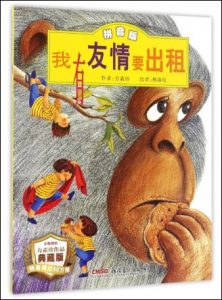 ‘I Have Friendship to Rent’ by Fang Suzhen

Rainy Liu there points out that in China, most kids are only children—with no siblings. It was only in 2015 that the government adjusted the one-child policy, allowing families to have two children. “In addition,” Liu says, “many families live in apartment houses or other high-rise buildings, and there are fewer and fewer places to play. Therefore, many children don’t know how to meet new friends and get along well.”

The need for socialization has prompted Fang Suzhen to write I Have Friendship to Rent in which isolated children are represented by a sad gorilla. In a tale of patience and respect, the gorilla and a small mouse coexist, waiting for their friendship to get started. Surrounded by more potential friends—lions, leopards, zebras, giraffes, ostriches—the gorilla’s own shyness is compounded by theirs.

The key, it turns out, is sharing, and in reading the book, children are encouraged to look for their own nearby potential friends, a lesson that has helped the book win the Annual National Children’s Book Award. During the summer, it was added to reading lists for younger children and is now recommended by the educational system.

Below, then, are OpenBook’s overall lists from January of bestsellers in fiction, illustration, and nonfiction, including bestselling titles in China by authors from outside the country—the international rights business at work.

In terms of the coronavirus COVID-19 pandemic, much of the news involving China has to do with the coming report from the World Health Organization’s team back from its investigatory trip to Wuhan. Nick Paton Walsh and Sandi Sidhu are reporting for CNN that the preliminary report “will recommend more extensive contact tracing of the first known patient with COVID-19 in Wuhan, as well as the supply chain of nearly a dozen traders in the Huanan seafood market, which is thought to have played a role in the early spread of COVID-19 in late 2019, according to investigators familiar with the draft report.”