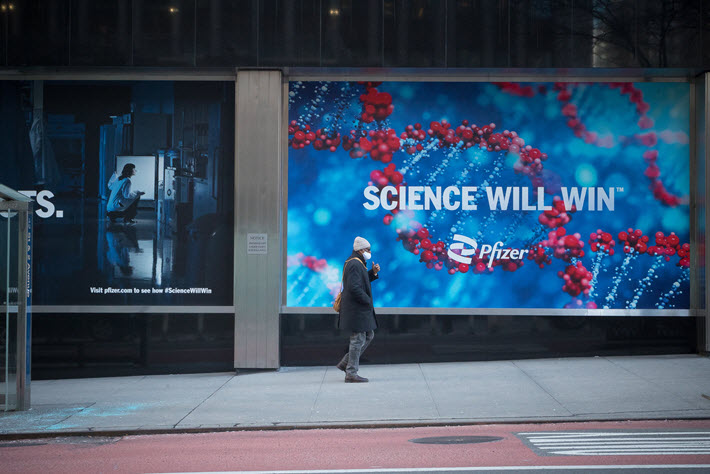 The AAP StatShot report on US book sales in 2020 reveals a strong year for trade books, up almost 10 percent, but there were revenue declines in K-12 and higher education materials.

The final StatShot report for 2020 from the Association of American Publishers (AAP)—just released today (February 25)—is one that will be looked over with care by publishers because it produces a calendar-year set of US book sales figures for the first year of the still ongoing coronavirus COVID-19 pandemic. And while the StatShot figures can undergo adjustments over time prompted by changing data, the news today is cheering: For calendar year 2020, the American trade book market showed a 9.7-percent gain.

This of course reflects the data of the NPD Group’s earlier BookScan calculation that US print sales in 2020 rose 8.2 percent. StatShot has a wider purview, gauging more formats and sectors.

What we can see now in these newly released numbers is more evidence of a robust performance by the trade sector of the United States’ market during what, on the face of it last spring, looked like a potentially damaging natural disaster, the arrival of a lethal pathogen. A lot of resilience, fast thinking, and nimble adaptation went into the industry’s ability to come out of such a year so strong.

And as many have noted, there’s also a lot of luck to be taken into account.

By comparison to so many industries, most of publishing’s people could and can work from home, withdrawing from the public square in which the virus is transmitted. What’s more, the tenacity of booksellers—many of whom had to stay closer to the front lines than others in the business—can’t be overlooked. Various elements of the supply chain faced different levels of challenge.

Publishing overall is an industry fortunate to have been making a product that many wanted while sheltering—a good read, an informative companion, a distraction. And the advanced development of the American digital commerce system meant that a lot of retail operations could readily respond, even when physical points of sale were disrupted. In some markets of the world, limited e-commerce and digital infrastructure presented deeper struggles.

The trade saw a strong December, with consumer books up 9.5 percent at $796.1 million. However, total revenues across all categories were down 8.5 percent as compared to December 2019, coming in at $1.1 billion. 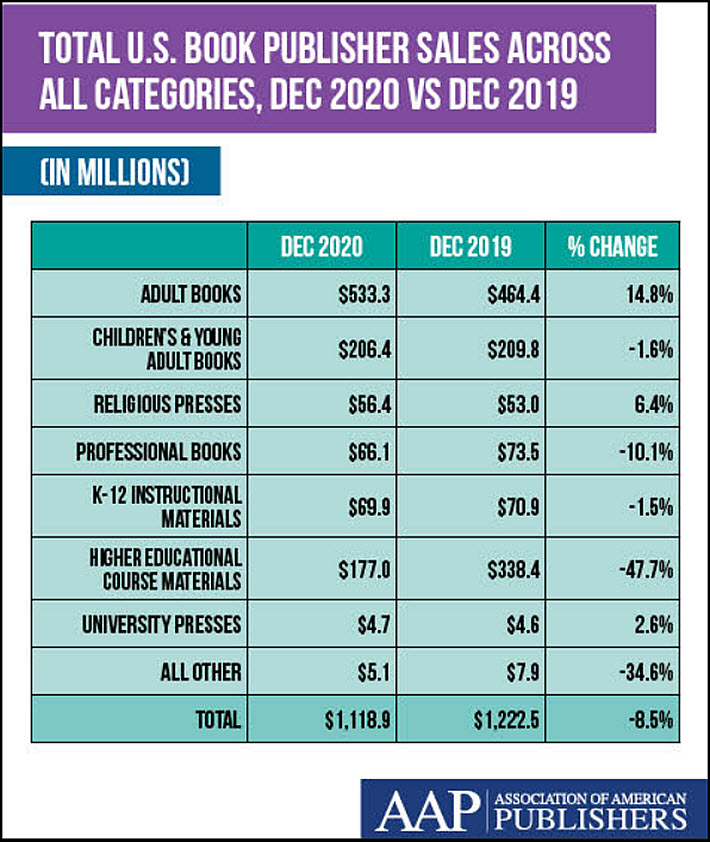 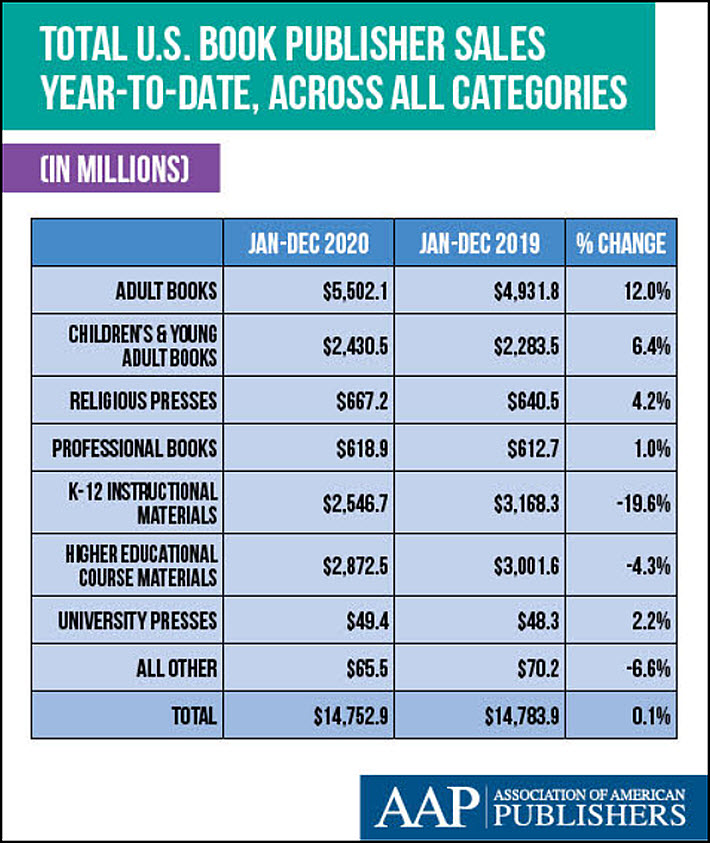 Formats’ Performance in December and 2020

US Image: AAP StatShotIn formats, we’ll take print and digital classifications for the month of December, then for the calendar year 2020.

Then for the calendar year 2020, the trade (consumer books) category saw:

And for the calendar year in digital formats:

As always, the relative percentages held by formats in the final month of the year are interesting. Note that audiobooks, while having reached the calendar-year’s conclusion with a strong 16.5 percent gain in downloaded audio, were still at 8.3 percent of the market, basically where they’d been before the pandemic’s assault. Physical audio, of course, has continued its decline—broken briefly in the holiday gift period—as downloaded audio powers the steady performance in audiobooks.

On Monday (February 22), the United States—by far displaying the most horrific numbers in the world pandemic—passed another terrible milestone, the 500,000th recorded death to COVID-19. While it’s understandable and correct for publishing’s people to be proud of their achievements under such extraordinary conditions, it’s also good to remember that both in the States and the other markets of the international book business, 2,499,419 people have not lived to keep reading.

As unthinkable as many of these numbers are, the trends remain good, with a 34-percent decrease in new cases from two weeks, prior, as The New York Times reports. This means that the USA is seeing fewer than 70,000 new cases per day for the first time since October. Under the Biden administration’s new direction of the federal vaccination program, about 6 percent of the population has been fully vaccinated and 13 percent of the population has had at least one dose.

As the Food and Drug Administration issues the anticipate Emergency Use Authoriation, the new Johnson & Johnson single-dose vaccine is expected to move into the supply channels within days, and daily averages show some 1.6 million injections, surpassing the Biden outlook of 1 million injections daily.

As Apoorva Mandavilli reports for the Times, however, the accelerating spread of the B.1.1.7 UK varient doubling in presence every 10 days or so, it appears to have been joined in New York City by a new variant, B.1.526. Both Pfizer/BioNTech and Moderna are going into tests with boosters, Katie Thomas at the Times reports, relative to variants including the B.1.351 South African mutation. 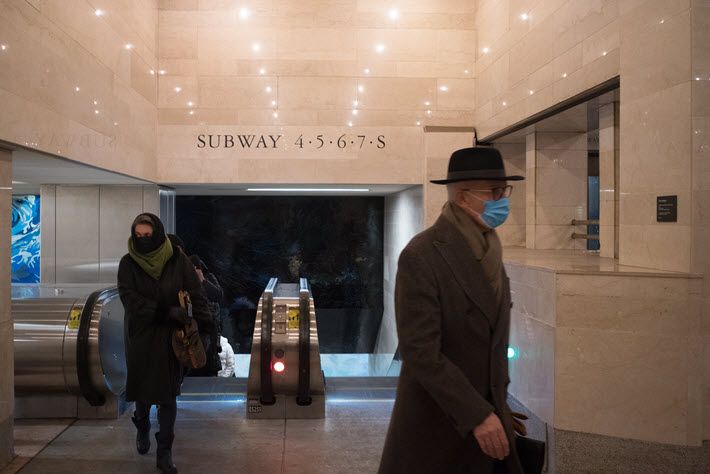 More from Publishing Perspectives on industry statistics is here. More on the Association of American Publishers is here and more on the US market is here.