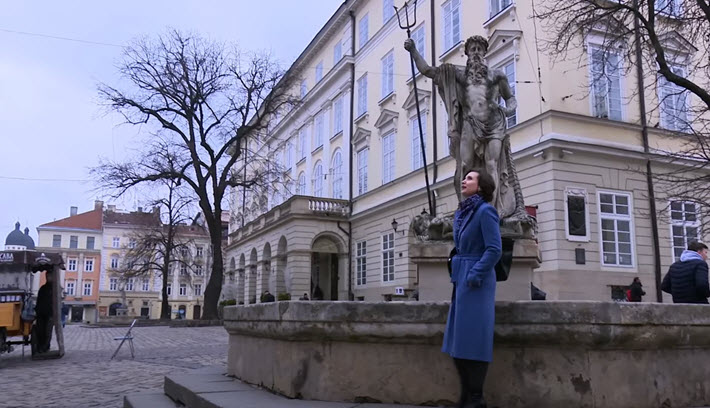 In the case of Ukraine’s Old Lion Publishing House, adapting to online retail made the difference between succeeding and going under during the pandemic’s impact in 2020.

Editor’s note: At this writing, the 8:22 a.m. ET (1222 GMT) update of the Johns Hopkins Coronavirus Resource Center sees 1,237,810 cases in Ukraine’s population of 44 million, with 23,307 fatalities. Disturbing news reports, such as this writeup by Daryna Krasnolutska and Kateryna Choursina for Bloomberg, indicate that no inoculations have begun in the country as yet, while Russian-occupied areas of Ukraine do have the Sputnik vaccine. —Porter Anderson

The Ukrainian book publishing market, awaiting results of its performance in 2020, has suffered like other markets under the coronavirus COVID-19 pandemic, complicated by an ongoing plethora of Russian-language books.

Alexander Aphonin, head of the Ukrainian Publishers & Booksellers Association, tells Publishing Perspectives that preliminary data indicates what he describes as a “diastrous year” for the market.

“At the same time, the average circulation of publicly available literature on the market dropped sharply from 1,500 copies to 800 or900 copies.

“Online book sales that increased by 35 to 40 percent couldn’t cover more than 50 percent of the losses from physical sales,” he says. “In fact, 2020 can be compared to 1999, when the year’s book circulation in Ukraine was only 21 million copies, equivalent to  0.25 book per capita.”

In Lviv, a city in western Ukraine, near the Polish border. Image: Old Lion Publishing House

As many Publishing Perspectives readers know, the official language of Ukraine is Ukrainian, spoken as a native language by nearly 67 percent of the 44-million-person population. Russian is said to be the native language of some 29 percent.

Many Russian-language books—which pose strong competition to Ukrainian publishers’ output—are said to be illegally in circulation, some of the printed inside Ukraine’s borders.

Aphonin says that in the last three years, the volume of such pirated copies of Russian books has ballooned to what’s thought to be close to 40 percent of the overall book publishing industry volume.

Marjana Savka, editor-in-chief and co-founder of Lviv’s Old Lion Publishing House, tells Publishing Perspectives that 2020 was “a year of crisis management” for her company, which nevertheless managed to stay in business. As has been the case in many markets, e-commerce was the go-to adjustment for her press. 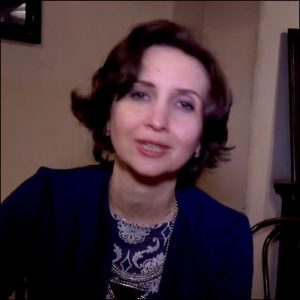 “We developed an online sales channel,” Savka says, “stepped up online promotion, found additional sales channels, and quickly leveled the situation. A very important factor was the assistance from the state. So we kept our positions.”

According to Savka, the situation with Russian books in Ukraine has been going on practically since the creation of the Ukrainian book market of independent Ukraine.

“The presence of such a large book market as Russia,” she says, “has always dampened the motivation of Ukrainian publishers.

“In every year since Ukraine’s independence” in 1991, “we’ve lost to Russian publishers both in sales and in obtaining licenses for world bestsellers. Only after 2014, when the ban on the import of Russian books into Ukraine came into force, were our publishers able to become owners of our own market. At that point, we saw a breakthrough: new publishers, genres, a lot of translated literature.”

A loophole in cross-border permitting, however, she says, undid the benefits seen at first.

“Very quickly, when the government issued permits for Russian that don’t contain anti-Ukraine content, the market became full of Russian products. Now we have both legally and illegally imported Russian content.

“The Ukrainian market should be protected at the legislative level.

“In my view,” Savka says, “a total ban on imports is too harsh. It could backfire by triggering new Russian subsidiaries registered here in Ukraine. I think it is worth thinking about other regulatory methods. It could be quotas on books by Russian producers at all bookstores.”:

Asked how long it might be before she thinks the Ukrainian market might be made “fully Ukrainian,” without undue Russian or other influence, she says that with the help of the state and cooperation of her fellow publishers, “This could be achieved within a few years.”

This video from Savka’s Old Lion Publishing House is about the press and its surroundings.

More from Publishing Perspectives on Ukraine and its publishing industry is here.