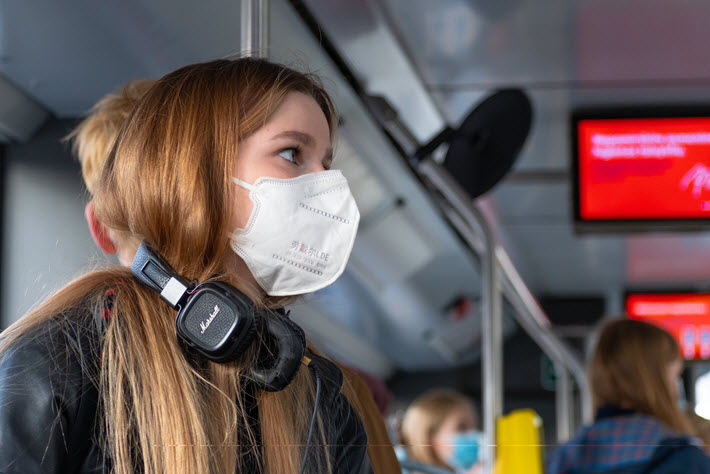 A coalition of author organizations in the US and UK calls for more transparency from Audible to give authors ‘a true picture of how their income is being calculated.’

‘We Will Continue Our Dialogue’

As we reported in late November, Audible‘s initial response to what writers called #Audiblegate was soundly rejected as inadequate by authors’ organizations.

Originally, Audible had allowed a subscriber to return or exchange an audiobook within 365 days—and had deducted an author’s royalties from her or his account when that happened if the audiobook was distributed through ACX, the Amazon-owned Audiobook Creation Exchange. This and a lack of an accounting for authors as to unit purchases and returns, the author corps stressed, was unacceptable, with some writers saying they’d seen between 15 and 50 percent of their anticipated ACX revenue withdrawn this way.

What Audible came back with was a reduction from 365 days for returns to seven days, pledging, “Audible will pay royalties for any title returned more than seven days following purchase.”

The writers were less than fully impressed, and a strong coalition of international author advocacy organizations and programs has continued putting pressure on the audiobook giant.

On Friday (January 22), a statement was issued by the coalition’s three leading author organizations—the Authors Guild (based in the United States), the Society of Authors (based in the United Kingdom), and the Alliance of Independent Authors (“ALLi,’ anchored in the UK but broadly international, traditionally with better than half its membership in the States and other countries).

The bottom line: All the authors’ demands “have not been met.”

Update, February 1: A number of authors have communicated with us that they think unfair credit has been given in this article to the three advocacy organizations for efforts relative to ACX’s terms. The open report sent to Publishing Perspectives by the Authors Guild did indeed mention that the Guild, the Society of Authors, and the Alliance of Independent Authors had “invaluable input from the independent author community, especially the members of the Facebook group ‘Fair Deal for Authors and Rights Holders and Narrators.” And in our November report, we featured commentary from Susan May, who founded that group. This article is not an attempt to overlook the efforts and diligence of that Facebook group—which first sounded the concerns and has firmly pressed them since then—but to report on the update issued by the leadership of the three advocacy organizations.

And for a second time in less than a year, the ability of a large, coordinated, well-directed effort on behalf of rights holders is proving difficult for this Amazon-owned Audible to tune out.

It was in early February last year that the Association of American Publishers led an effort by seven major publishing houses to stop the company’s deployment of “Audible Captions” without a publisher’s permission.

In the current question about returns and transparency at Audible, an update arrived on January 20. In that statement, Audible’s ACX unit wrote that starting in March, its producing authors will be able to see details on returns, “including returned units by title” on their sales dashboards and in monthly financial statements, beginning with that month.

“We have been hard at work,” the corporation’s statement said, “building a new reporting system to reflect details on returns, including returned units by title.”

The seven-day return allowance continues, though the authors’ organizations have wanted no more than 48 hours.

And in their joint letter, the authors’ trade associations recount the autumn’s discovery of what the writers claim are accounting irregularities, and they assess what Audible and ACX are saying now. 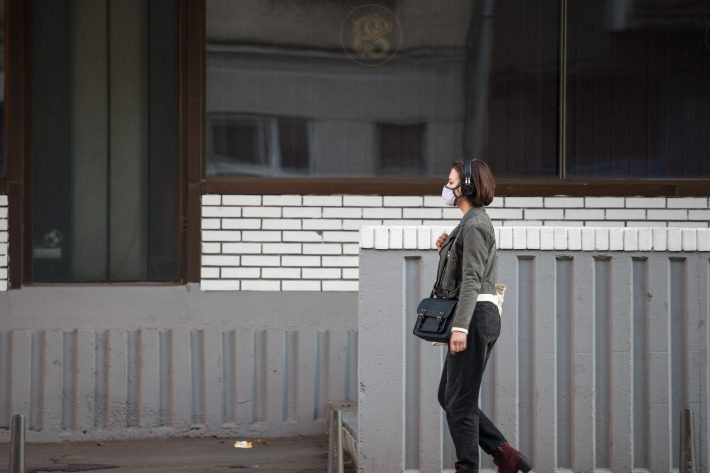 We’ll touch on several key points of the coalition letter, reflecting where the authors’ representatives see progress made and more needed.

“We have been hard at work building a new reporting system to reflect details on returns, including returned units by title.”Audible ACX statement

The three organizations write that “at the heart” of the authors’ coalition’s complaints has been “a lack of transparency—around the implications for authors of key contract terms and in opaque accounting practices which make it impossible for any author to get a true picture of how their income is being calculated.”

Welcoming the January 20 announcement, the coalition then refers to its original open letter “signed and endorsed by 13,000 authors and a wide coalition of international author, narrator, and producer organizations.

The Guild, the Society, and ALLi, this newest transmission says, has been “in dialogue with Audible’s management, pushing for changes to its terms to make them more transparent, fair, and equitable for the thousands of authors whose work has contributed to the company’s success since its inception.”

The original ask, the coalition reiterates, was:

Conceding that Audible “has made progress on some of these demands and other subsequent ones,” the coalition says, “our reasonable demands for a full and complete accounting of returns made to date—to recompense authors and narrators for returns unfairly charged back to their accounts, and to stop charging back returns when more than 25 percent has been read—have not been met.”

In terms of Audibles new comments in its January 20 blog post, the group says those comments “resulted from our discussions and author complaints, including changes to exclusivity and licensing policies that have long been requested by independent authors who use ACX to produce and publish their books.”

And here is a breakdown of points the authors’ coalition of association makes, in several areas:

Transparency in Reporting on Returns and/or Exchanges

Here, the coalition makes the point that while Audible is to open its new or upgraded reporting system, statements, and dashboard details in March, “The new statements will show returns and exchanges going back to January 1, but authors will not receive them until March when the new reporting system is up and running.

“We will continue to press for information in relation to the financial effect of the practice before the change.”Authors' advocacy organizations coalition

“Note that only returns and exchanges made within seven days of purchase—i.e., those for which Audible is continuing to deduct royalties as of January 1, 2021—will be displayed, though Audible will continue to allow consumers to return and exchange audiobooks for up to a year.

“We look forward to seeing these new statements and considering their suitability.”

Perhaps of most importance in terms of damage allegedly done: “We will continue to press for information in relation to the financial effect of the practice before the change.”

“Starting February 1, all ACX rights holders (including authors who self-publish audiobooks through ACX, as well as independent publishers that rely on ACX services to create audiobooks)—both exclusive and non-exclusive—may, with notice, terminate distribution of any title that has been in distribution for at least 90 days. To withdraw titles created using a royalty share option with the producer, however, the ACX rights holder will need to obtain consent from the producer.

The State of Play: ‘An Important Step Toward Fairness’

The coalition of three leading authors’ advocacy organizations in its summation, is indicating to the groups’ respective memberships exactly what good diplomacy dictates—an outlook that there is more progress yet to be made but that cooperation to date is worthwhile and to be appreciated. There are politicians working in many countries at this moment who could learn something from this.

“While Audible has not agreed to all of our demands for fairer treatment of authors, we appreciate their willingness to listen to our concerns, discuss how they might address some of them, and then alter certain practices.”Authors' advocacy organizations coalition

What’s encouraging here is the bargaining efficacy these long-running authors’ organizations are able to show as they work through this thicket of rights holders’ and content providers’ issues with Audible. Even the leading writers’ trade associations in the field have been too easily dismissed at one time or another by some players—by no means all—in the publishing industry.

The wisdom and viability of collaborating in support of their memberships is clear. And it’s good to see that the organizations know to recognize and praise progress where it’s made.

“With input from independent authors,” the coalition writes, “we raised other issues, including the one-year commitment to exclusivity and the mandatory seven-year license term in Audible contracts, and are pleased to see that progress was made on these demands.

“While Audible has not agreed to all of our demands for fairer treatment of authors, we appreciate their willingness to listen to our concerns, discuss how they might address some of them, and then alter certain practices. This marks an important step toward fairness.

“Among other issues, we continue to seek transparency in the calculation of royalties on sales made to Audible members—specifically how it calculates the ALAF factor, which determines the royalty rate on membership plan sales—and we urge Audible to share more information regarding its calculations.

“We will continue our dialogue and demands for changes on the substantive issue of returns discrepancies and other issues affecting authors, narrators, and content providers.” 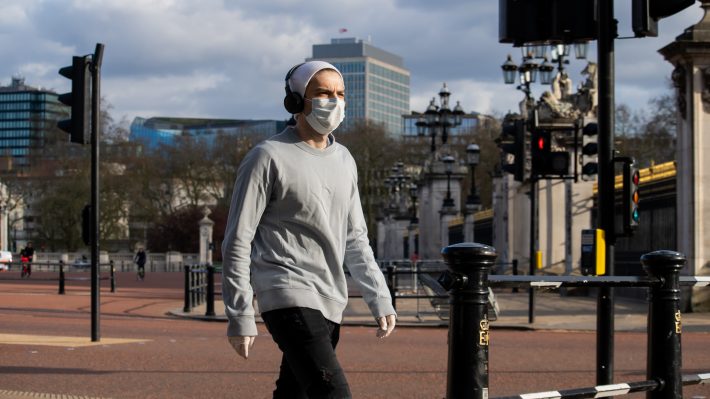