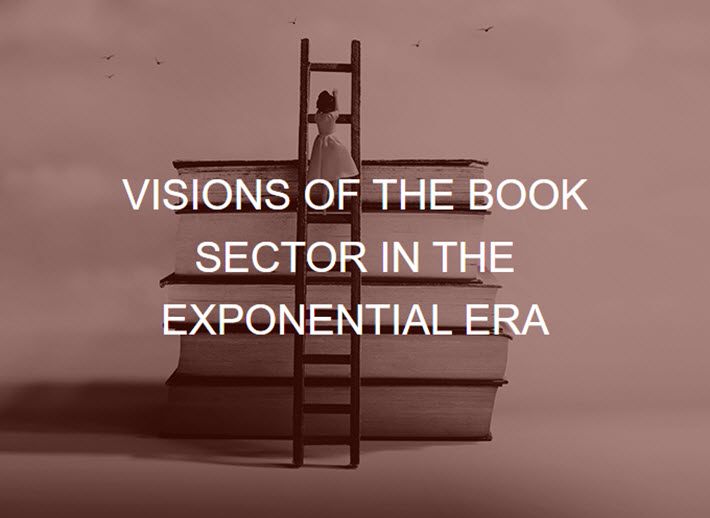 In an unusual approach to evaluating book publishing in Spain, the Germán Sánchez Ruipérez Foundation looks at both the industry’s ‘mystic’ artistic strengths and business realities.

‘From the Emotional to the Functional’

As the new year batters us with mounting coronavirus COVID-19 pandemic threats, political upheaval, economic shudders, and stuffed email inboxes, the Madrid-based Germán Sánchez Ruipérez Foundation has provided to us a copy of its singular Renodo report.

It proposes “a new way of explaining the value that book professionals and companies make to society”—something anyone who has fought for funding during pandemic is open to hearing—and “a strategy to enhance the strengths of the book sector facing the challenges from the growing dominance of digital platforms.”

We want to bring it to you today—with special thanks to the foundation director general Luis González for providing it to Publishing Perspectives—because it touches on some of the subtler points of consideration for world publishing at the top of this potentially pivotal year, not just on the obvious issues. 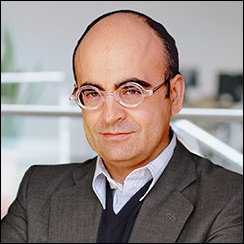 For example, this survey looks at “emotional elements” as well as functional factors in how the case is made for the value of publishing. And in terms of strategy, it takes onboard the issues of a platformed world as well as “the transformations experienced in cultural practices of people.”

The executive summary we’ll offer you a link to is based in a qualitative study that drew on input from professionals in Spain’s industry including writers, publishers, distribution personnel, and booksellers. Results of the survey were then examined by the foundation in relation to issues around platforms of “the GAFA model,” by which the foundation refers to Google, Apple, Facebook, and Amazon.

The underlying study saw input into nearly 700 questionnaires, and was enriched with “many dozens of hours of interviews and discussion groups.”

One way to tell easily that this is not the garden-variety survey is to look at this simple graphic in which there are four points of inquiry: object, content, business, and “mystic.”

‘Presenting an Understandable Image to Society’ 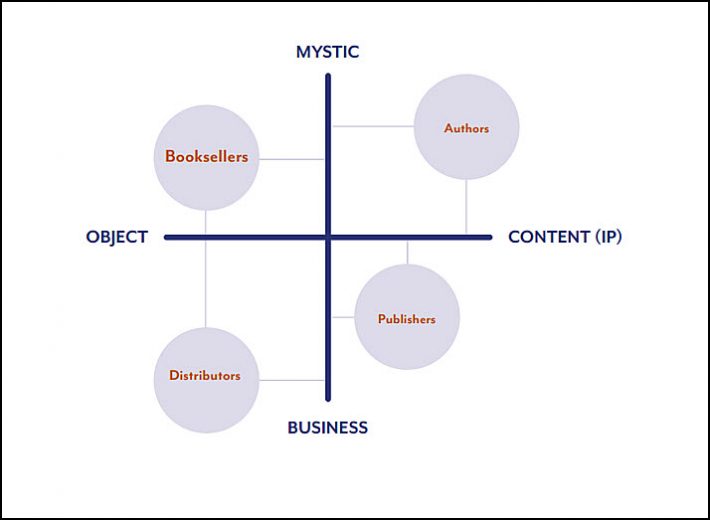 That “mystical” top end of the vertical axis—is it cunningly at the top in order to strain heavenward?—reflects the emotional components that the foundation has attempted to investigate as part of its study. 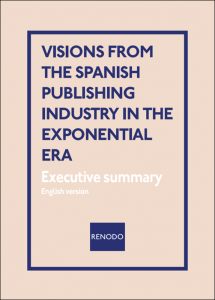 This purposeful visualization of the effort González and his colleagues have made is, the text provided to us says, “an attempt to place each of the four groups of the publishing value chain—content creators, publishers, distributors, and retailers—in one spot on the map that would synthesize their prevalent responses captured in the field work.

“For example: the authors are those who would be closest to the ‘mystical’ vision and perception of intellectual property as the center of the value proposition.

“The tension between the ‘sacred value of the books’ and the need” for remuneration and profit “would explain an important part of the difficulties in presenting an understandable image to society that does true justice to the role of this sector in the economy and in Spanish society.”

In short, this exercise is relatively brave in what has become the business-based regard most frequently embraced by the industry at large. Obviously, the people of publishing are indeed working in a profession, not a church. But what the foundation is reminding us—and after such a year as 2020—is that what publishing purveys may well be perceived and supported by the world much less as that profession and more as something with at least some relation to mystical power.

In looking at the range of responses from its investigation, “from the emotional to the functional,” for example, the foundation finds this staged dialectic:

‘A Significant Capacity to Innovate’ 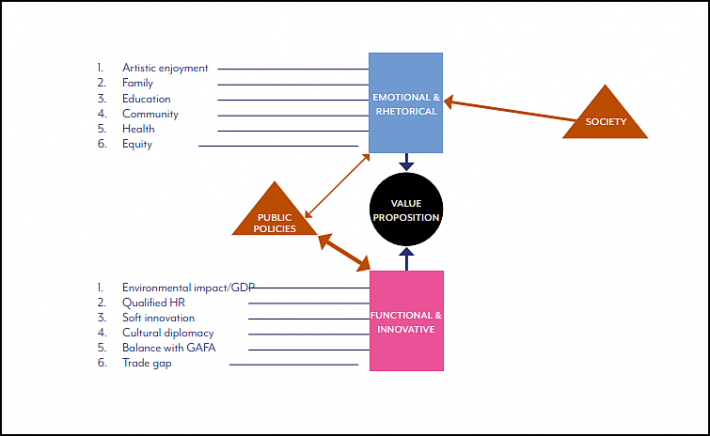 What the emergence of the great tech platforms means, in the framework of this analysis is that “making cultural creations visible in the Internet morass” and “ensuring that such cultural creations are rewarded” are complicated because of “the business model of large digital platforms, which dominate visibility in search engines and operate with cultural content to attract users and take advantage of their data.

“The conflict implied by the risks of these platforms,” the report asserts, “is to promote the free nature of the content and, therefore, the non-remuneration of the authors’ work and the rest of the contributions of the book sector—publishers, distributors and booksellers.”

And while we’ll leave you to peruse this summary at greater length, here are conclusions from the exercise:

Book professionals convey a vocational aspect in the vision of their activity, which explains that the projected image of the book industry is closely related to the special value of books and their role in the enjoyment of leisure.

The professionals’ predominant narrative reiterates the existence of difficulties for the sector, related to the weakness of reading habits, the fragmentation of the system, the lack of agility when taking advantage of standards and technology and conflicts in the value chain and the costs derived from the great complexity of the processes.

Despite the fact that professionals recognize a greater ability to react than to transform when there are no imminent threats, their own experiences reveal a significant capacity to innovate and implement new common work systems, which have entailed improvements in the value chain’s operation.

The Spanish book system faces two types of threat: there are challenges that it cannot overcome on its own and there are other difficulties that can actually be faced by carrying out joint actions.

[A] new narrative consists of balancing the weight that emotional elements have in communication and that of functional components when explaining the type of value contribution that the book world makes to society and enhancing its weight in the agenda of public policies.

[A] strategic proposal attempts to underline a series of strengths that would allow the book sector to enhance its position in front of both the platform business model and the transformations experienced in cultural practices of people.

In the summary, you can read an outline of points the foundation puts forward to fulfill the requirements of that “new narrative” and “strategic proposal.”

For the “new narrative,” the foundation looks for a way to involve a “counterweight” against the platforms’ model and, instead, “generation of wealth and tax income in the local environment.”

And as for the strategic issues, one of the foundation’s points is that the industry’s strengths include the fact that “The book industry still maintains a quality accreditation status, through selection, care for works, and strong relationships of trust or prescription with readers.” That’s a strong point from which to start.

To have a look at the full executive summary of this report, in English, see the PDF here. 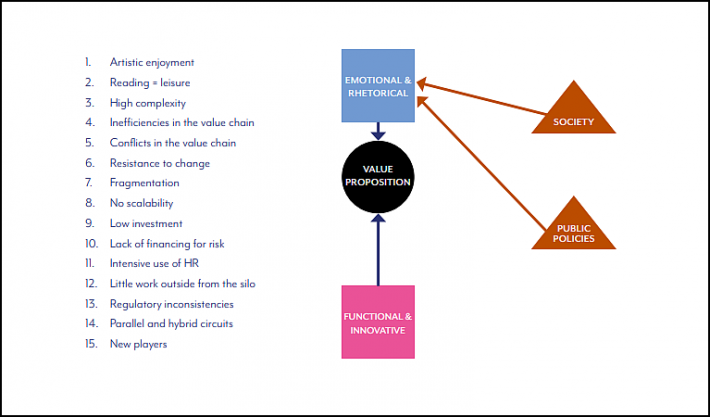 More from Publishing Perspectives on the Spanish market is here and more on publishing research is here. More from us on the coronavirus COVID-19 pandemic and its impact on international book publishing is here.