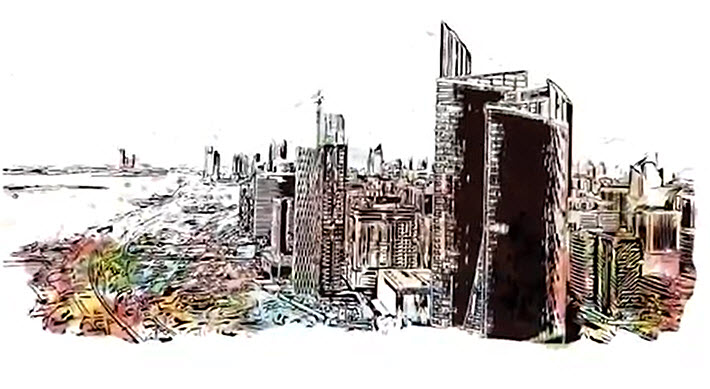 Newly accessible in five more languages than before, the Sheikh Zayed Book Award site now offers its information in seven languages, as a record number of submissions is evaluated by jurors.

From its offices in Abu Dhabi today (January 19), the Sheikh Zayed Book Award has announced an enhancement of its online presence. expanding from an Arabic and English site to one that’s now also accessible in German, Spanish, Italian, French, and Russian.

The Zayed program, as Publishing Perspectives readers know, in mid-December also expanded its translation grant availabilities, opening its program of translation grants to all of its shortlisted titles as well as the winning books, a change that went into effect on January 1. Prior to this, the translation grants program—which was founded in 2018—had been available for applications only on the award’s winning titles in certain categories.

Today’s announced move to making the site available in a total seven languages “opens up the award to more potential nominees from across the world.”

In a prepared statement, Dr. Ali bin Tamim, chair of the Arabic Language Center and secretary-general of the Sheikh Zayed Book Award, is quoted, saying, “Offering the site in these languages is a very important step to boost the growth of the award on an international level, as the number of submissions from non-Arabic, non-English speaking countries has been constantly growing the past few years.

“We believe in the importance of cultural exchange between different civilizations and the award website provides a platform for exchanging ideas and promoting global dialogue.

“Adding these five languages will contribute to supplying Arab literature with more international works, which in turn will support our efforts to boost creativity in Arab culture.”

Indeed, the current award cycle attracted a record 2,349 entries from 57 countries—a 23-percent increase over the previous year’s performance. The prize categories Translation and Arabic Culture in Other Languages have also grown this year, organizers say, with submitted works accounting for 12 percent of the total submissions, reflecting the importance of works written in non-Arabic languages and underlining the necessity of making the award’s site available in more languages.

Twenty-two of those submissions are from Arab nations and 35 are from countries outside the Arab world. Twelve nations’ submissions represent first-time submissions from their home markets.

Those watching the progress of the award’s year will know that more than 50 longlisted titles were announced in November.

During February’s phase-three evaluation of nominated titles, the Scientific Committee will review the reports of the program’s jurors. This review will lead to the categories’ shortlists which, in turn, will be evaluated by the board of trustees for the final winners’ selections.

Overall, the United Arab Emirates’ Sheikh Zayed Book Award is among the wealthiest portfolios of publishing-related honors in the world, worth a total of 7 million dirhams (US$1.9 million). With a purse of 750,000 UAE dirhams (US$204,195) in each of the eight book categories, the Sheikh Zayed program additionally offers 1 million dirhams (US$272,260) to the winner of its Cultural Personality of the Year honor.

Below is a video announcement from the Zayed Award about its site’s new language offerings.

Our readers will remember the December 9 announcement of the “Foundations and Transformations of Arabic Literary Theory” conference being jointly produced by the Abu Dhabi Arabic Language Center and Columbia University’s  Institute for Comparative Literature and Society, 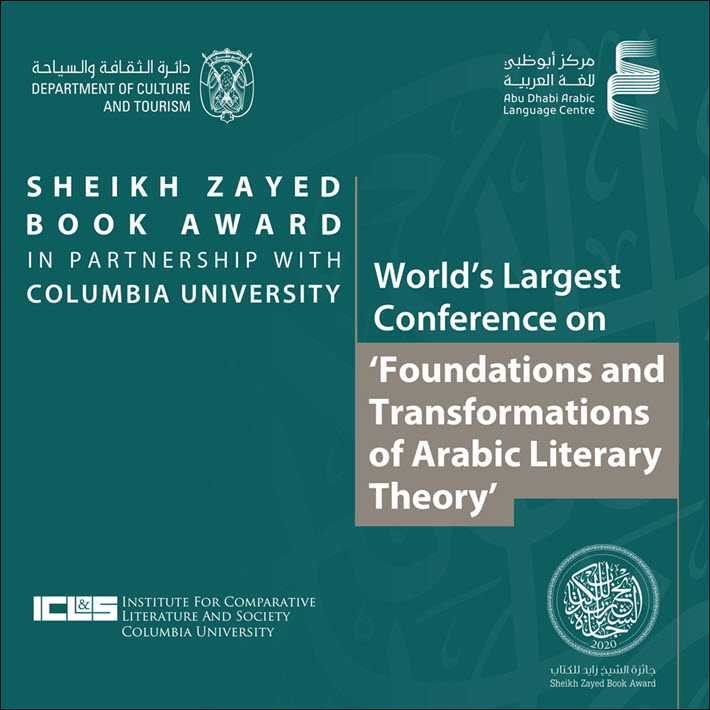 We’re informed today that in light of pandemic constraints and communications from scholars who want to participate, the deadline for the submission of abstracts is being extended to February 11 for the Paris and New York sessions.

Details about the extension and submissions can be found here.

Registration has reached capacity for the March 19 forum and those registered will receive joining instructions.

The conference’s design addresses formative literary beginnings in Arabic and their evolution from pre-modern times to the present, in the process examining and evaluating a number of issues related to Arabic literature. In addition, the program explores long-standing themes of Arabic literary theory to infer enduring concepts and terms.

Of particular interest, the conference is set to engage with the challenges of mapping, reconstructing, and studying varied sets of Arabic literary theoretical frameworks from the pre-modern era up to the present. Programming will study such modern literary trends as paradigm shifts in Arabic literary theory.

Other topics on the conference’s agenda include: 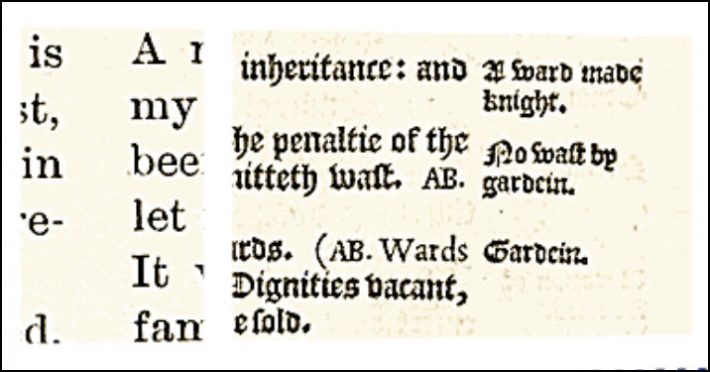