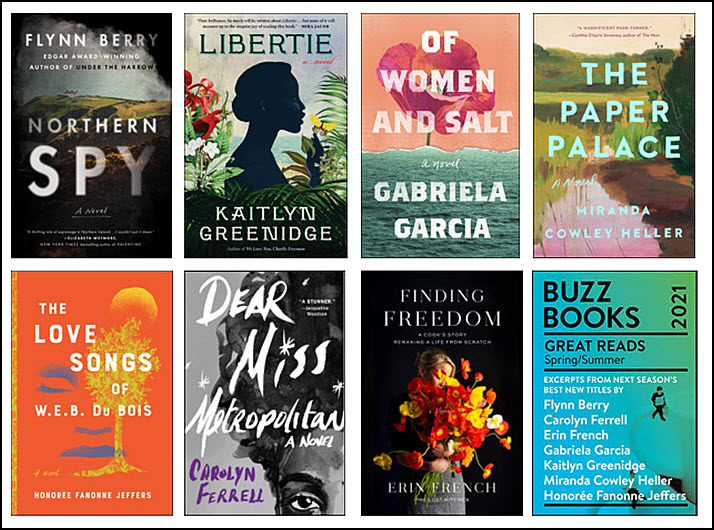 The promotional Buzz Books Editors’ Panel for spring and summer offers insights into titles planned for release by American publishers. 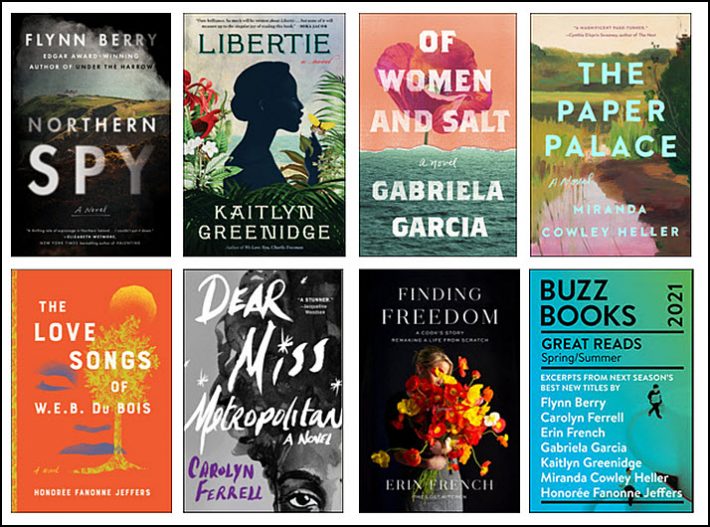 One way to get an early look at what might be a worthwhile title for rights acquisitions is to follow the Publishers Lunch Buzz Books series of events.

There’s a chance to look in on a session Wednesday (January 27), when the program, in coordination with the American Booksellers Association, presents digital conversations between seven high-profile authors and their editors. 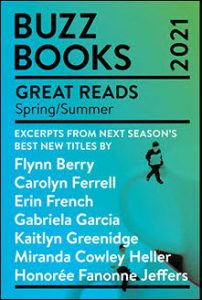 The program, standing on the Zoom platform, is online at 7 p.m. ET (midnight GMT and 1 a.m. CET Thursday), and registration, free of charge, is available here. You should be able to log on 15 minutes prior to the start of the event.

The featured authors, titles, and their editors you’ll hear from are these:

As in the past, you can download a collection of excerpts from these and other titles, free.  Buzz Books 2021: Spring/Summer.

That volume includes excerpts from Leila Slimani’s In the Country of Others; Viet Thanh Nguyen’s The Committed; Joshua Henkin’s Morningside Heights, and Gareth Worthington’s A Time for Monsters.

For our international readership who may not be familiar with these events from their live presentations at BookExpo (now cancelled) in New York, Buzz Books Presents is a promotional event in which editors and authors talks about their upcoming projects.

If you haven’t experienced the Buzz Books scenario, keep in mind that the traditional context of BookExpo was that it served as a trade show in which publishers presented their upcoming wares to booksellers. This is a chance for American publishing houses to tout key titles forthcoming in hopes of generating the all-important interest of those bookstore folks. 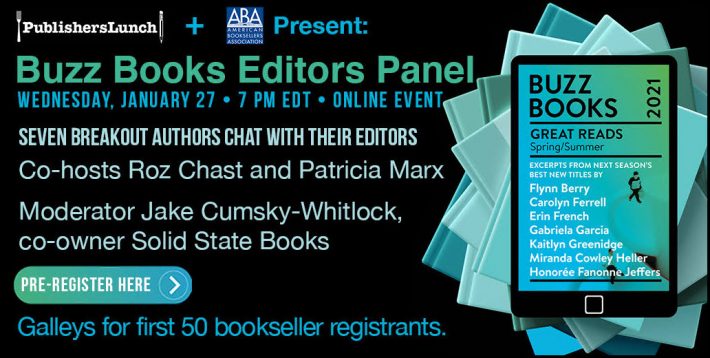