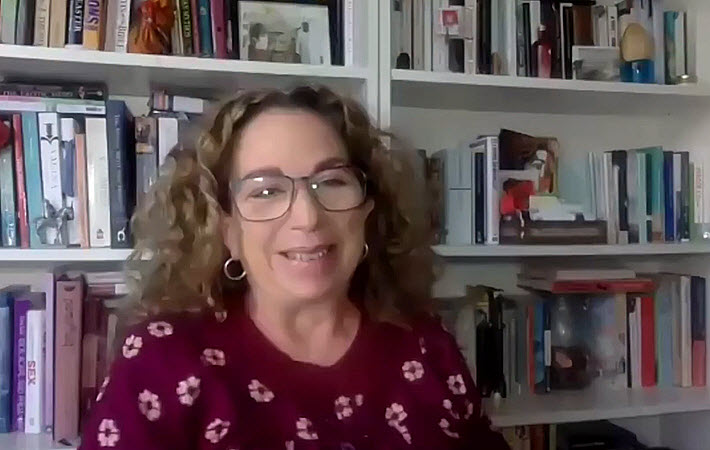 Monique Roffey’s book, based on a Taino legend, is set in 1976 on the Caribbean island of Black Conch. Author Tessa Sheridan has won the Costa’s Short Story Award.

Monique Roffey on learning of her Costa Book of the Year Award. Image: Costa Book Awards

Jury: ‘Unlike Anything We’ve Ever Read’

In its award ceremony this evening (January 26) in London, the Costa Book Awards program has named author Monique Roffey’s novel The Mermaid of Black Conch: A Love Story by Monique Roffey (Peepal Tree) the winner of its Book of the Year honor.

Roffey receives the top prize of the Costa season, a purse of £30,000 (US$41,205) for what is her seventh book—her sixth novel. Roffey is a native of Trinidad, and on the news of her win in the digital announcement program, she said to her fellow category winners, “I want to give you all a big hug.”

In a quote released by the company, Roffey said, “The Costa Book of the Year boasts an impressive lineage of contemporary writers, and I’m proud to be the latest addition to this list.

“This prestigious prize is a vote for so many things: Caribbean literature, experimental form, magical realism, independent presses, and of course, mermaids. A huge thank you to the judges for exposing my book to a wide readership. I’ll be pinching myself for weeks to come.”

Because of its timing, the winners’ announcements in this award program lag the year for which they’re awarded, making Roffey the 2020 winner. This year’s winner will be announced in early 2022.

And the Costa Book Awards can lay claim to a highly influential selection of authors and their work in the past, including Andrew Miller (Pure, 2011); Hilary Mantel (Bring Up the Bodies, 2012); and Nathan Filer (The Shock of the Fall, 2013).

As Publishing Perspectives readers will recall, we announced the program’s five category winners on January 5. Those categories are novel; debut novel; biography; poetry; and children’s books. Because the ultimate prize, the Book of the Year, is drawn from those five categories, its category can change annually. 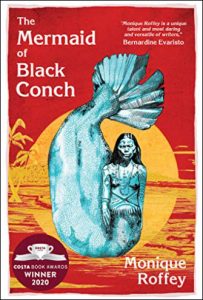 Suzannah Lipscomb, chair of the jury, is quoted on Roffey’s win, saying, “We loved all of the books and deliberated for three hours before choosing our winner.

“The Mermaid of Black Conch is an extraordinary, beautifully written, captivating, visceral book—full of mythic energy and unforgettable characters, including some tremendously transgressive women.

“It is utterly original—unlike anything we’ve ever read—and feels like a classic in the making from a writer at the height of her powers.  It’s a book that will take you to the furthest reaches of your imagination. We found it completely compelling.”

One of the ways the many publishing and book awards in the UK vie for attention and prominence is to publicize how well their former winners have done in book sales. “The last 10 Costa Book of the Year winners alone have gone on to sell a combined total of just over 1.8 million copies,” the program’s media messaging says this evening.

There were 708 entries for this round of these awards. There are three jurors per category.

The 2019 Costa Book of the Year was  The Volunteer: The True Story of the Resistance Hero who Infiltrated Auschwitz (Penguin Random House / WH Allen).

London-based screenwriter and director Tessa Sheridan has won the Costa’s Short Story Prize for “The Person Who Serves, Serves Again.”

Some 2,000 entries were received for this year’s award, now in its ninth year and open to both published and unpublished writers, for a single, previously unpublished short story of up to 4,000 words written in English by an author aged 18 years or over.

More about that award is in our January 13 story here.