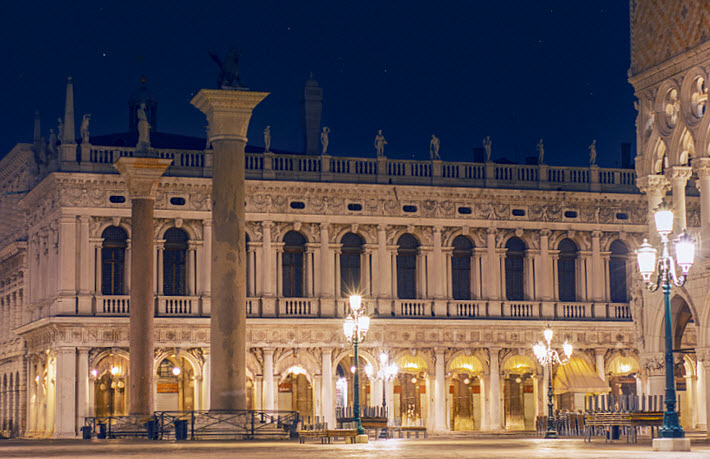 The results of the AIE’s fifth annual #IoLeggoPerché book donation program for schools and libraries has surprised organizers with 300,000 books.

As Publishing Perspectives readers will recall, the Association of Italian Publishers (Associazione Italiana Editori, AIE) decided to stage its #IoLeggoPerché project (“Why I Read”) this year with special emphasis on “donating from a distance” through digital means.

Working with the ministry of education and the libraries’ association, the AIE leverages this campaign each year to urge Italian citizens to donate books to their school libraries. And the program’s fun illustrations by Zampediverse have become something of a visual signature.

While there was concern going in, of course, that the program might stumble under the burden of the coronavirus COVID-19 pandemic.

“We weren’t sure we would be up and running in this year of emergency and difficulties,” AID chief Ricardo Franco Levi said to news media in the November announcement that the program would go forward, “but we have risen to this great challenge with the precise aim of supporting our schools.”

And as it turns out, he and his fellow organizers need not have worried.

We can report today (January 4) that the program, running November 21 to 29, resulted in 300,000 books being donated by Italian citizens and publishers. And in the four program’s prior four years, the total was some 1 million books, meaning that the pandemic year’s effort produced a remarkable one-third of what has been accomplished in all five years of the “Why I Read” program’s cumulative efforts.

Franco calls it, “an extraordinary result this year” to see such generosity “when everything is difficult.”

He points out that under the conditions of the pandemic, it was considerably difficult for many to make their donations.

“About one in 300 Italians,” he says, “has left home in the orange and yellow areas of our country—and with self-certification in the red areas” in which the deepest COVID spread-mitigation restrictions are highest—”to donate a book to school libraries.

“Despite the travel limitations; the gathering bans; the upper secondary schools and many of the lower secondary schools being in distance learning; the shopping centers closed in many regions during the two weekends of our initiative; the act of donating a book at a school is now considered a civic duty by many citizens who see reading as an indispensable right for our children and teenagers.

“It’s a beautiful testimony, the most beautiful of these months, because it sees each of us contributing to the growth of the country and the territories.”

Dario Franceschini, the Italian cultural minister who has proved so attentive to the needs of the crisis-battered publishing industry, says, “Despite the pandemic, the response to the fifth edition of #ioleggoperché was extraordinary. An important signal for the world of books.”

Lucia Azzolina, the Italian minister of education, says, “The success of #ioleggoperché confirms the great spirit of solidarity that animates our country and shows how well-rooted, fortunately, our awareness is of the importance of reading.”

One of the most charming aspects of the program is that donors choose which titles they’d like to contribute. This year, that tradition produced a most wistful leading book: Antoine de Saint-Exupéry’s 1943 The Little Prince was the most donated title.

Also popular this year were Luis Sepúlveda’s 1996 The Seagull and the Cat Who Taught Her To Fly—heartwarming for its story of  and as well as Gianni Rodari’s 1962 Telephone Tales. 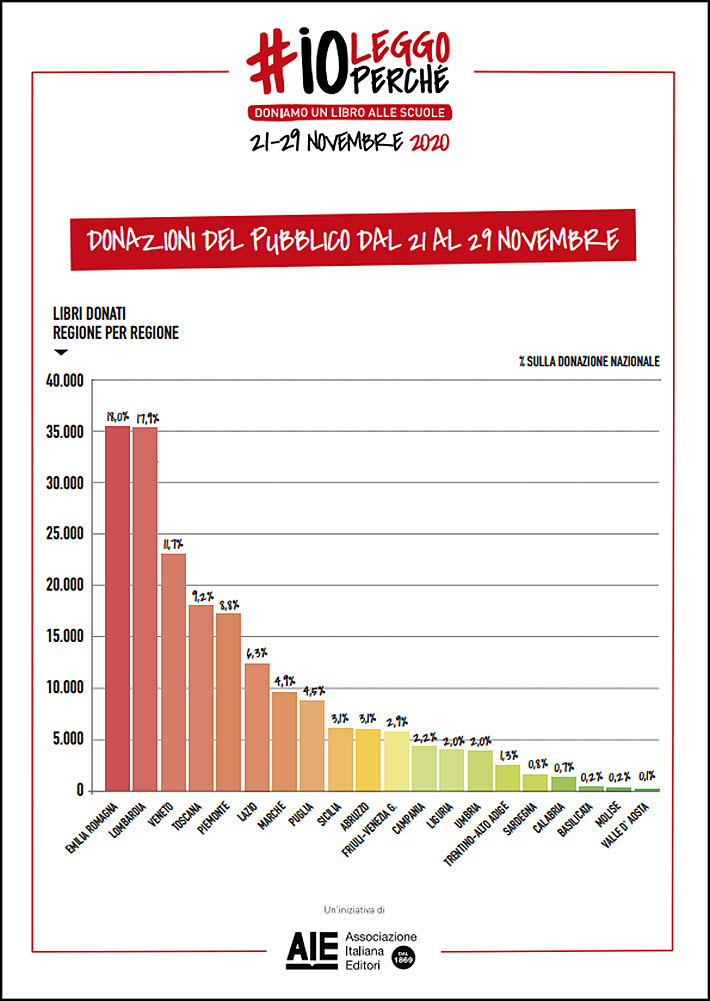 Enrolling in the event this year were 13,109 schools and 2,577 libraries located in many parts of Italy and its islands.

Organizers say the level of need for books and demand for reading material is centered most heavily in the younger readership, something reflected in the fact that nursery schools comprised 39 percent of those enrolled and primary schools accounting for 37 percent. Lower secondary schools—roughly comparable to middle school or junior high in some markets—accounted for 17 percent, with upper secondary schools at 7 percent.

The geographical spread of activity, charted in the graphic above, shows participation breaking down this way:

The areas with the most donations are led by the Emilia Romagna—the seat of the Bologna Children’s Book Fair—with 18 percent; the Lombardy, with 17.9 percent; and Veneto, with 11.7 percent. Those regions are followed by Tuscany, the Piedmont, Lazio, Marche, Puglia, and Sicilia.

While Rome, Milan, Torino, and Bologna were prominent hubs of donations, of course, strong activity was also seen in Modena, Rimini, Carpi, Chieti, and Bari.

Franceschini: ‘A Return to Reading’ 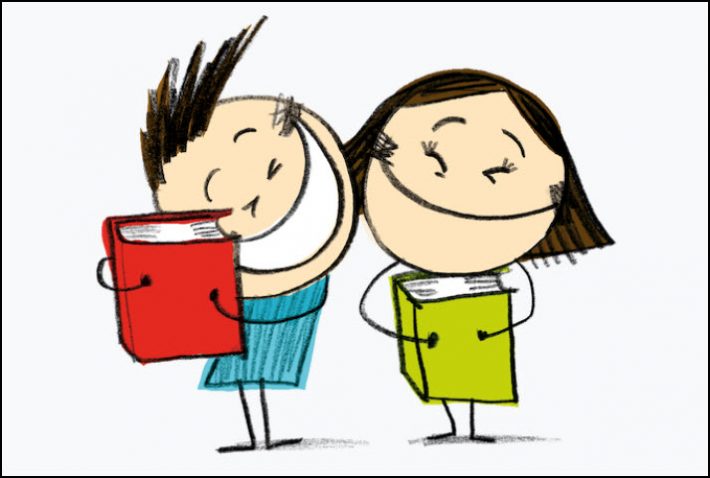 Late this month, 10 schools will receive €1,000 (US$1,225) vouchers for the purchase of books as winners of a contest held during the campaign. And books donated by publishers will arrive during the spring, as will books that were donated in 2019’s campaign but couldn’t be delivered while schools were closed. 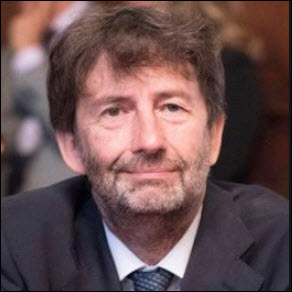 Franceschini’s comments reflect Franco’s gratitude for such a spirited response from the populace.

“Thanks to the generosity of so many readers,” he says, “and to the commitment of the editors, the pupils of many schools now have a richer library to draw from for their own reading. An important sign for the world of books, which confirms the trend of a significant return to reading in recent months.”

And Azzolina says, “I thank all those who have donated these books to the schools. This is a very important gesture: our students will be able to take advantage of an even wider book heritage” as a result of the 2020 project. 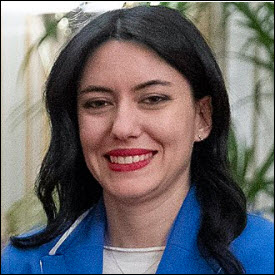 “The success of this initiative is a great sign. Promoting reading in a phase like the one we’re experiencing, is even more important.

“Exploring new worlds, learning about new stories, knowing how to fly with the imagination is still the best way to learn to deal constructively with reality. I thank the AIE, for having given us, once again this year, this event, probably more complex to organize, but for this very reason even more beautiful and necessary.”

Official support was also voiced by Sergio Mattarella, since 2015 serving as Italy’s president, and from Andrea Martella, undersecretary to the council of ministers’ presidency.

Reuters Rome reports that on Sunday (January 3), Italy reported 347 coronavirus-related deaths, down from 364 on Saturday. The health ministry cites a daily count of new infections at 14,245, sharply up from Saturday’s 11,831.

“Patients in hospital with COVID-19 stood at 23,075 on Sunday,” the staff report reads, “up by 127 on the day before. There were 154 admissions to intensive care units, compared with 134 on Saturday.”

Writing from Rome for the Associated Press, Frances D’Emilio points out that “With 23 percent of its population age 65 or older, Italy has the world’s second-oldest population, after Japan, with 28 percent. The average age of Italy’s COVID-19 dead has hovered around 80, many of them people with previous medical conditions like diabetes or heart disease.”

More from Publishing Perspectives on the Italian market is here. More from us on bookselling is here, more on children’s books is here, and more on the coronavirus COVID-19 pandemic and its impact on international book publishing is here.