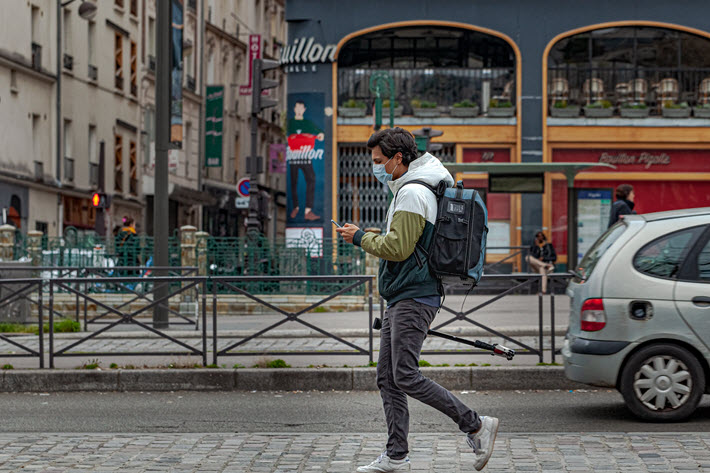 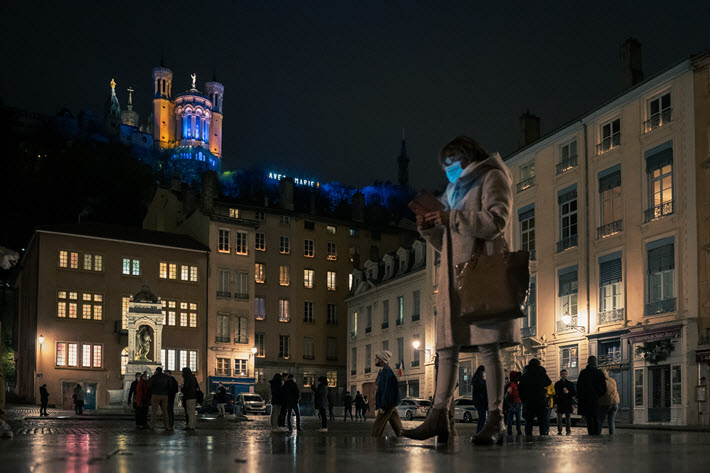 In Lyon near the time of the new French study’s survey in mid-December. Image – iStockphoto: Emmanuelle Firman

Reading To Disconnect From News: 33 Percent

On Friday (January 8), we reported on the new “Book Report 2020” statistics released by the Börsenverein des Deutschen Buchhandels—Germany’s publishers and booksellers association. The gist of the news there is that the second round of coronavirus-mitigation shutdowns has “weighed heavily on the book trade’s year-end results” in Germany.

Today (January 11), we have news from Paris where the Syndicat national de l’édition (SNE), has issued a new round of data, effectively picking up where it left off near the end of the year.

In mid-December, as Publishing Perspectives readers will recall, the organization released a special edition of its “barometer” report series, promising another in January. That report was built on input gathered between October 13 and 20. This one surveyed its respondents between December 10 and 11, shortly before the earlier report was being released.

Produced in cooperation with the ODOXA Institute, the study has looked at the two periods of confinement in France and those periods’ effects on reading behavior. It opens with several key points observed in the French market in “normal times,” meaning when not in the grip of the coronavirus COVID-19 pandemic. 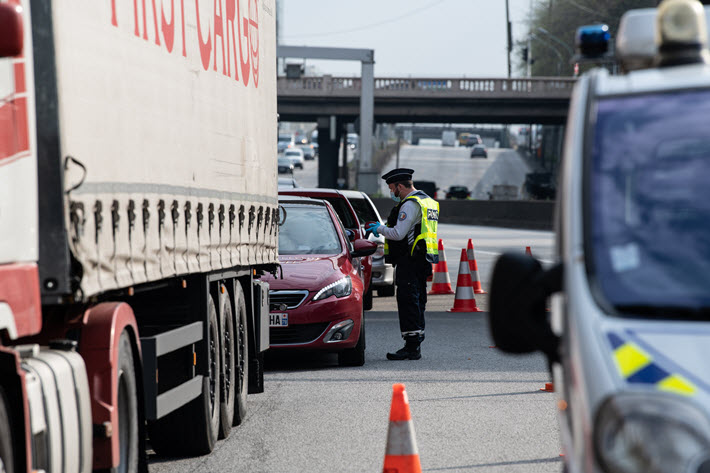 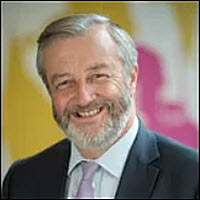 In a prepared comment, Vincent Montagne, president of the Syndicat, is quoted, saying, “The results of this survey confirm, with supporting figures and percentages, that faced with uncertainties—and an anxiety-provoking trend toward overconsumption on the Internet and social networks—the book is acclaimed by the public.”

Montagne adds that the new research has shown that younger consumers are especially keen in their survey responses, seeing reading “as a real antidote” and indicating that French readers “remain intimately attached to their bookstores.”

When asked about the potential for a third period of confinement—the French health chief Olivier Veran said on December 29 that this is not expected—85 percent of the respondents said that it should not require bookstore closures. This is something, our readers will recall, that became a flashpoint of controversy in France in November.

The SNE’s new media messaging points out that seniors—who are of course among the most vulnerable in the pandemic—seem to be among the most insistent that bookstores remain open as essential businesses under mitigation constraints, 91 percent of them saying this in the study.

The survey was conducted with a sample of 990 people representative of the French population, interviewed online on December 10 and 11.

These figures place France at sixth in the world for caseload behind the United States, India, Brazil, and the United Kingdom. In terms of the death toll, France is at No. 7.

Sudip Kar-Gupta for Reuters Paris reports that in the last 24 hours, Paris has imposed a stricter evening curfew in Marseille after authorities reported discovering one of the more recently recognized variants there. A staff report from France 24 confirms that reporting, saying that the variant in question was first found in England in 2020.

“The local health authority in the Hautes-Alpes region, home to many ski resorts which attract British visitors,” the report reads, “said the variant had also been discovered there.”

A shot in Paris on March 16 during the earlier pandemic spread-mitigation efforts encompassed in the SNE’s studies. Image – iStockphoto: Onickz Artworks

More from Publishing Perspectives on the French market is here, more from us on bookselling is here, more on industry statistics is here, and more on the coronavirus COVID-19 pandemic and its impact on international book publishing is here.