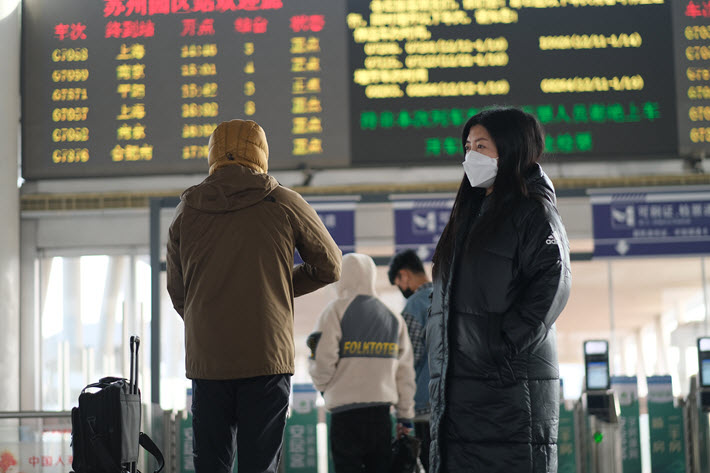 With physical retail plummeting and even digital retail growth slowing, 2020 became the first year in which Beijing OpenBook tracked a downturn in the Chinese book market since 2000.

At the train station in Suzhou, west of Shanghai, on January 10. Image – iStockphoto: Robert Wray

The annual conference produced by Beijing OpenBook—familiar to our readers for its research in our China bestsellers series—this year has reflected, predictably, on the instability of a unique year.

Titled “Crisis and Changes,” the 2020 report on China’s book market was released in a lengthy broadcast with more than 19,000 viewers at the time and at least 25,000 more following its original airing.

Today (January 18), we have several top-line points from the presentation.

The program was led on January 10 by OpenBook research manager Xiaohui Feng, who took little time getting to the fact that for the first time since OpenBook began its tracking in 2001, it saw China’s huge book market take a step back. Growth charts showed a -5.08-percent downturn in 2020, especially striking by comparison to 2019’s rise of 14.4 percent. 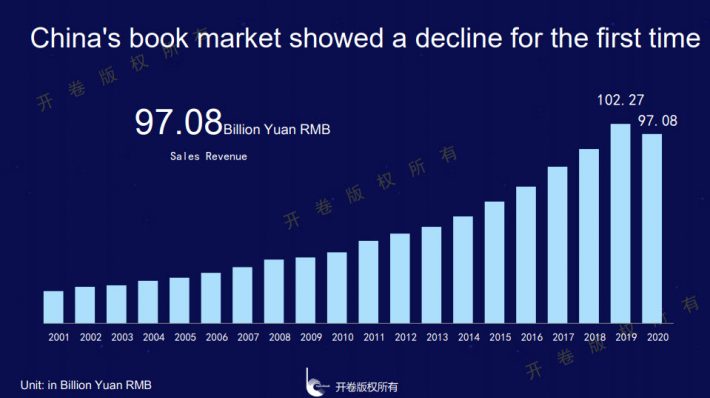 Our colleague Rainy Liu at OpenBook points out that between 2015 and 2019, the Chinese retail market had been growing at more than 10 percent annually, making the 2020 retreat felt especially sharp.

Echoing what we hear from many of the world markets we cover, online retail channels saw a jump of 7.27 percent in book sales, amounting to 76.7 billion yuan RMB (US$11.8 billion), while physical bookstores experienced a plunge of -33.8 percent. 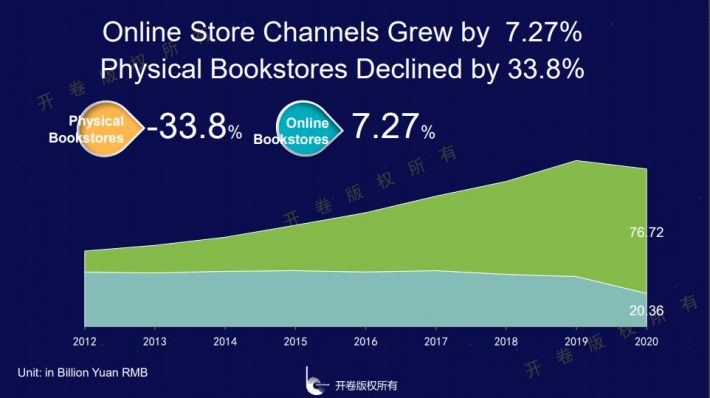 Indeed, the Chinese digital retail channels, while landing in positive rather than negative territory, did see their growth rate struggle, which in fact does not follow the pattern seen in some world markets in which digital retail surged under lockdown pressures on print. 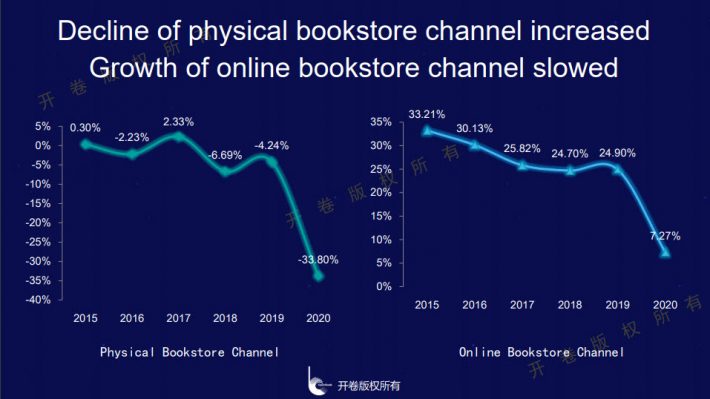 And in the following chart, the physical bookstores’ progress through 2020 is on the left, with online channels on the right. Predictably there, we see the steepest hit to physical stores in the first quarter of the year, while digital retail was capturing gains. 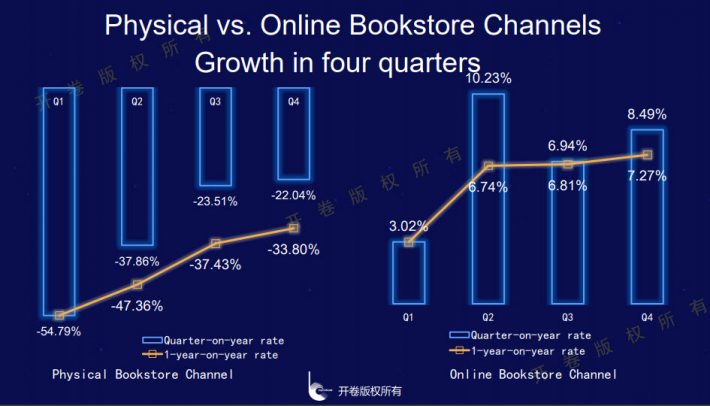 One early observation during 2020 from OpenBook was that the “super-size” bookstores in the sprawling Tier 1 and Tier 2 cities of China were experiencing the most daunting downturns in business under pandemic pressure.

The team also, however, would come to see that these major retail venues “were more resilient than other types of bookstores” and could recover more strongly in the latter part of the year. 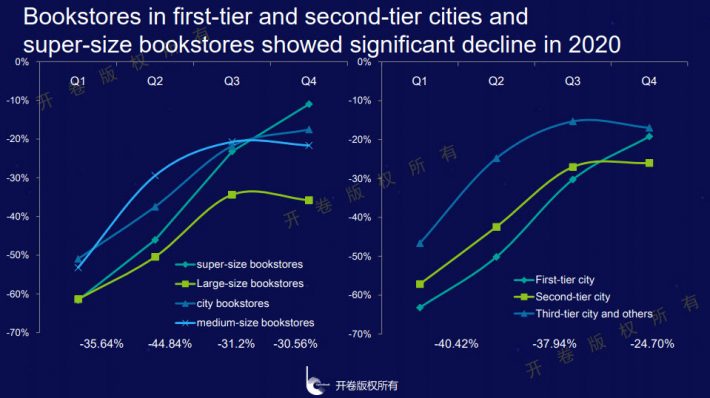 And in terms of what was being read, the normally robust self-help nonfiction category was seen to suffer most heavily, with a 33.2-percent dive in sales, year-over-year. 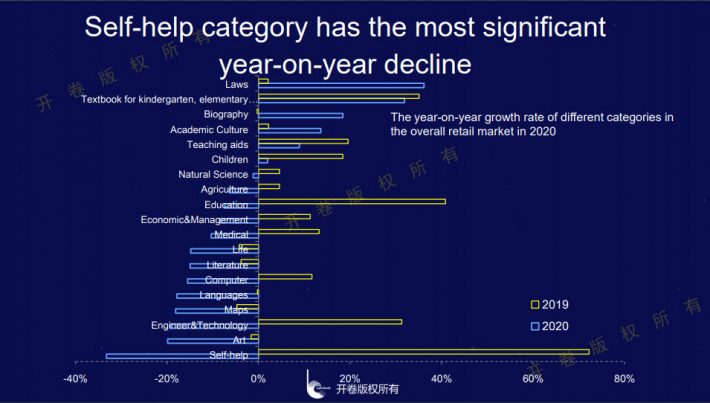 New titles suffered as readers made a flight to the classics, the tried-and-true, something we’d seen in the bestseller reports, too.

In terms of publication dates, the OpenBook team tells us, the proportion of backlist in the market further increased. Newly introduced titles found less traction than is usually the case, and the charts showed dwindling  new-book placement on the charts.

More China bestseller reports from Publishing Perspectives are here. More from us on the Chinese market overall is here, and more from us on the coronavirus COVID-19 pandemic and its impact on international book publishing is here.