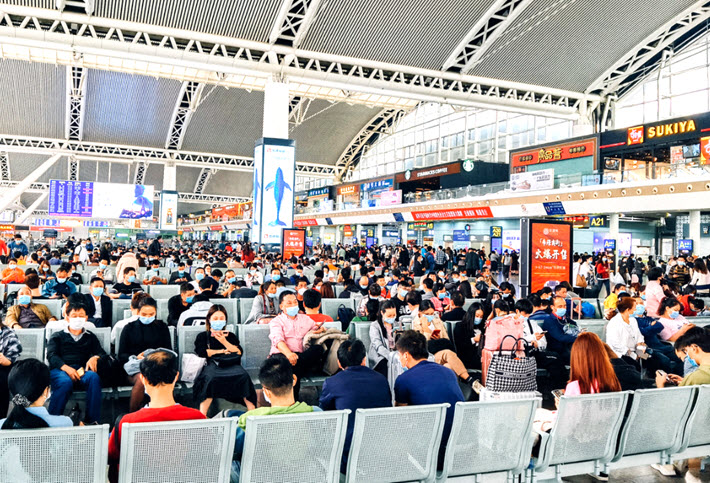 At play in the November charts based on the research of our colleagues at Beijing OpenBook are major sales offerings traditionally seen in both China’s winter and summer marketing ploys. 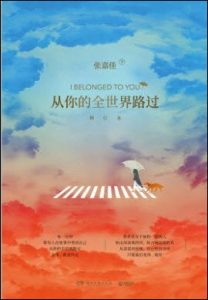 ‘I Belonged to You’

As Publishing Perspectives readers know from earlier discussion in our China bestsellers series, discounts are a huge factor in the success of online book retail in China. What makes these key seasonal sale periods distinctive are major promotions with familiar names such as the “Double 11,” China’s “single day shopping festival,” and the “618” sale, China’s midyear shopping fest.

Characteristic of this market’s slow-moving rankings, these major sale events frequently drive the classics and old standards that tend to dominate the market’s lists. November’s Double 11 action, for example, caused sales to double for such chart stalwarts as Moments We Shared, The Three-Body Problem and Ran Freely. An effect of this, of course—familiar in many world publishing markets—is that the fortunes of the already-bestselling books increase while lesser known titles fly below these big sales’ radar and get less lift.

In nonfiction, classics demonstrating the discount-driven trend included No More Than Skins, We Three, The Stories of the Sahara and Seeing Off.

Yuval Noah Harari’s Sapiens: A Brief History of Humankind rose 10 places from the previous month, ranking sixth on the OpenBook nonfiction bestseller chart. In general, older titles tend to stand out as discounts are applied, our associate Rainy Liu notes, because readers are drawn to the perceived quality of classic books.

Though low on the listings, there were some contemporary novels on the move, too, however, even amid the sales’ general support for the tried and true. 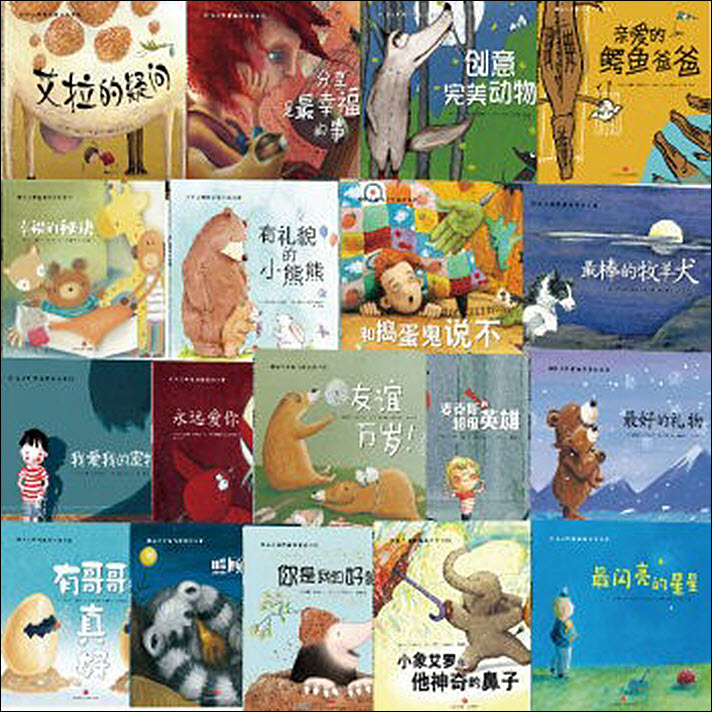 Of newer interest to our seasoned readers, our new rankings of illustrated bestsellers in the Chinese market may also be bringing us books that are equally well known to parents and young readers there, but newer to us. 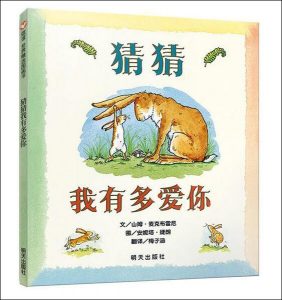 ‘Guess How Much I Love You’

For example, here are Guess How Much I Love You by Sam McBratney and Anita Jeram, which is a story of the love between a mother and her son told by rabbits.

The book seems to have captured celebrity favor, which has helped drive its popularity when big names mention it as a favorite of theirs.

Some of the leading lights who have recommended the book include the Olympic champion Zou Shiming and his family, appearing on Reader, a China Central Television (CCTV) program devoted to literary topics.

The actor Tong Dawei wrote recommendations for this book on social media. Liu Qiangdong, the president of the e-commerce giant JD (for Jingdong) was joined by his wife and daughter in endorsing the book. And Princess Eugenie, the younger daughter of Britain’s Prince Andrew and Sarah Ferguson, has spoken out about her fondness for Guess How Much I Love You. 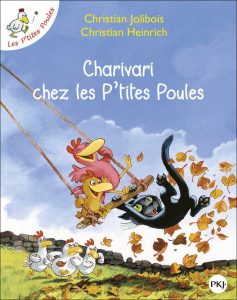 A title in the French series, ‘Les P’Tites Poules’

And in both our rankings of illustrated books—like fiction and nonfiction, we rank overall and foreign-author titles—you’ll see a big run of books from France’s “Les P’Tites Poules” series, “The Little Hens.” That’s the series created by Christian Jolibois and Christian Heinrich and published in 2001 by Éditions Pocket Jeunesse.

At this writing, the 8:22 a.m. ET (1322 GMT) update of the Johns Hopkins Coronavirus Resource Center sees 96,278 reported cases in China’s population of 1.4 billion, with only 4,787 fatalities reported. Discussion continues in public health circles, of course, about the trustworthiness of the figures being supplied by the government of China–as in the case with several other nations, including Russia.

Eva Dou reports for the Washington Post that Beijing has opened a drive to9 vaccinate 50 million frontline workers for the coronavirus COVID-19 by the Lunar New Year travel season, the holiday falling on February 12. It’s during that festival week that the brunt of the original outbreaks was coming to light.

Dou’s writeup includes the fact that China’s current Sinopharm vaccine inoculation program has drawn some questions. “Sinopharm has come under criticism for lack of transparency,” she writes, “with scant detail released about its Phase 3 clinical trials.

“Wu Yonglin, the president of the Sinopharm unit that developed the vaccine, has said that the company will provide detailed data after more observation.”