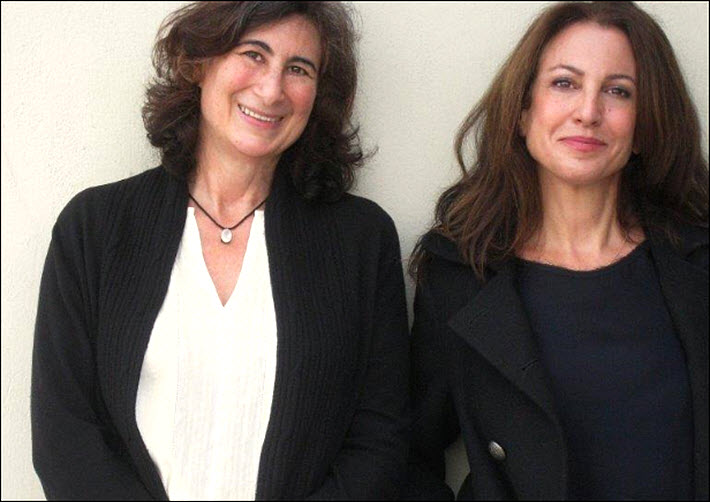 Two of the best-known publishers of New York’s Big Five scene are promising a media-spanning concept at their new independent press.

Topping Out at 20 Books Per Year

With the clock ticking down on a year that’s seemed interminable, many in the United States’ publishing industry have been cheered by today’s news (December 18) that Cindy Spiegel and Julie Grau are back as Spiegel & Grau.

In social channels, you can feel the smiles as the news gets around among a quarter-century’s fans of their work.

Grau and Spiegel’s work in the past has included:

When this reporter – then at CNN – first spoke with Grau in her office, she was talking about editing Kurt Cobain’s Journals, which would be published in November 2003, Cobain’s suicide having occurred in 1994. In 2003, the duo was at Penguin Group’s Riverhead Books (founded by Susan Petersen Kennedy) and there were enough photos of Suze Orman around to make visitors leave deeply concerned about their finances.

Two years after our interview, it was announced that Grau and Spiegel were moving to Doubleday because, as Spiegel told The New York Times’ Edward Wyatt in 2005, “We love running Riverhead, but we know how to run Riverhead. It was time for us to see if we can start something like this on our own.” That “something like this” would become Penguin Random House’s imprint Spiegel & Grau—which was closed by PRH in 2019.

“We’ll be able to devote meaningful editorial attention and care to each title, and … provide writers with coordinated support and integrated opportunities from the very beginning of the publishing process.”Julie Grau

And now, Grau and Spiegel are “starting something like this on our own”—again—in reviving Spiegel & Grau as an independent press founded on their 25 years of experience working together.

The new company, according to its media messaging, will “keep our list,” says Grau, “to no more  than 20 books a year. We’ll be able to devote meaningful editorial attention and care to each title, and, with our team of experts, provide writers with coordinated support and integrated opportunities from the very beginning of the publishing process.”

That great sighing sound you just heard is from authors reading about a house designed to cap its own output for maximum focus and support. And in her astute coverage today at The New York Times, Alexandra Alter writes: “The resurrection of Spiegel & Grau comes at a moment of growing consolidation and homogenization in the publishing industry.

“After a wave of mergers in the last decade, the biggest houses are increasingly dependent on blockbuster titles and often plow more of their marketing and publicity budgets into books and authors with built-in audiences. Some in the industry worry that there are dwindling opportunities for new writers and that debut and midlist authors may get passed over.”

Noting that the move by PRH to acquire Simon & Schuster is doing nothing to quell such concerns about consolidation, Alter adds, “In a literary landscape dominated by the biggest players, Spiegel and Grau are among a handful of well-known editors who are rejecting the corporate publishing model and instead starting their own companies.”

The idea behind this independent venture includes an instructive embrace of the sort of platform-spanning reach many publishers are still getting their heads around. The new S&G, for example, has a first-look deal with Amazon Studios. The new Spiegel & Grau’s president, Liza Wachter, is head of film and television for the publisher.

“Changes in the media landscape over the past decade have created new ways to amplify stories across multiple formats.”Cindy Spiegel

“Changes in the media landscape over the past decade,” Spiegel says, “have created new ways to amplify stories across multiple formats. But the power of stories to effect change, to move us, to  expand our view of the world and each other, remains constant.

“We want to  take the best of our publishing experience—smart acquisitions, the excitement of galvanizing a  team around a publishing vision, trusted relationships with authors and agents—and wed it to  the entrepreneurial spirit and agility of an independent publisher.”

In what serves as a mission statement issued to the news media, we read, “We are a team of hands-on editors and media  professionals with decades of experience helping to shape, produce, and publish content. By enlisting strategic partners who share our values, vision, and sense of mission, we’re able to take a holistic approach to content, creating a bespoke publishing plan that finds the best vehicles for storytelling, while always honoring the work’s integrity.

“At a time when we need stories more than ever to elevate and transport us and to expand our sense of the possible, we  bring a collaborative spirit to serving creators and their work.”

The company has a partnership with Lemonada Media—the podcast producer behind In the Bubble, one of the most influential podcasts on the coronavirus COVID-19 pandemic, featuring Andy Slavitt, the former acting administrator of the Centers for Medicare and Medicaid Services during the Obama administration. Grau and Spiegel plan to have Spiegel & Grau co-produce its first podcast the Lemonada in the fall of 2021: Believe Her is described as a domestic violence case reported by journalist Justine van der Leun.

“We’re able to take a holistic approach to content, creating a bespoke publishing plan that finds the best vehicles for storytelling, while always honoring the work’s integrity.”Julie Grau, Cindy Spiegel

Spiegel and Grau are co-CEOs of the new company, and in addition to Wachter, they’re joined by Amy Metsch as associate publisher and Jacqueline Fischetti as COO. Wachter co-founded the RWSG Literary Agency—acquired by WME in 2016 and seen as a specialist in representing literary authors in book adaptations to film and television. Metsch was associate publisher and editorial director at Penguin Random House Audio. Jacqueline Fischetti created Penguin’s lecture bureau and—of special interest to our readership—led its international business development program.

Other founding players in the new Spiegel & Grau are Sam Nicholson, a former Random House  editor who has worked with authors, including Svetlana  Alexievich, Ronen Bergman, and Joshua Cohen; Aaron Robertson, a writer, translator, and former editor at Literary Hub; and digital director Sarah Kim.

There was a bit of confusion today on one industry email list, some of the members there thinking that Spiegel & Grau was a bootstrapping startup. Not really, as becomes quickly evident when you look at that roster of participants in the new entity: there’s investment here. Spiegel & Grau’s backers include Ian and Nancy Ashken, Emerson Collective, and William R.  Hearst III.

Its board is made up of Ian Ashken as chair, with Nina Lorez Collins, Grau, Spiegel, and Wachter. Ashken was co-founder and vice-chair of Jarden, and Collins is a former literary agent and scout, a trustee of the Brooklyn Public Library, and the founder of The Woolfer, a social platform and site for women over 40. 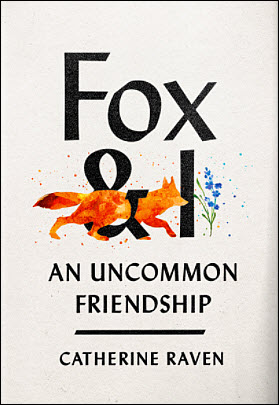 Spiegel & Grau will launch its first book, Catherine Raven’s Fox and I: An Uncommon  Friendship—the true story of a woman’s friendship with a wild fox in Montana—in July through Ingram Content Group’s Two Rivers Distribution, and Findaway, which is going to co-produce and distribute the company’s audiobooks.

Susanna Lea Associates–who will be managing the company’s foreign rights and has offices in London, Paris, and New York–has already negotiated sales for the book in:

More from Publishing Perspectives on the US market is here, more on Penguin Random House is here, and more from us on the coronavirus COVID-19 pandemic and its impact on international book publishing is here.