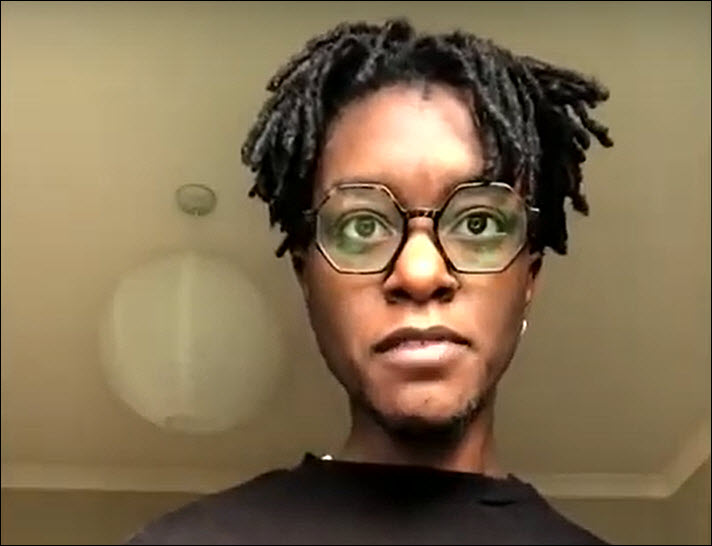 Open to British and Irish writers under 35, the 2020 Sunday Times Young Writer of the Year honor goes to poet Jay Bernard for the collection ‘Surge.’ 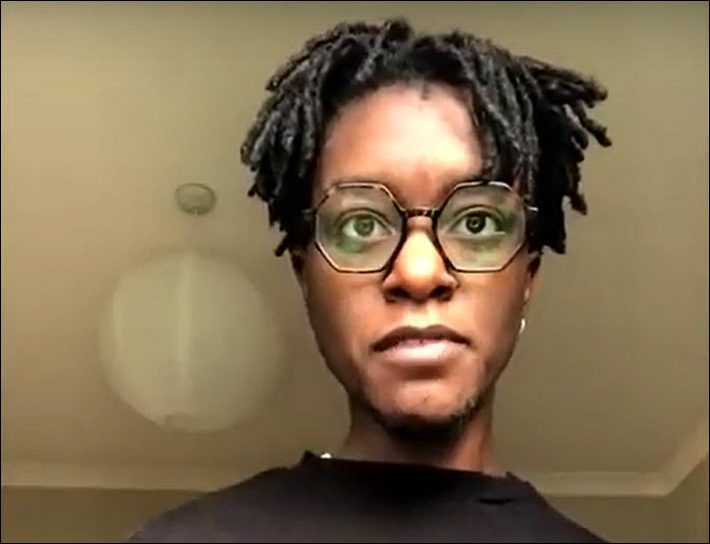 The Sunday Times / University of Warwick Young Writer of the Year has announced that poet Jay Bernard is the winner of its 2020 honor.

Bernard wins for the poetry collection Surge (Penguin Random House/Chatto & Windus), which is about the disastrous party blaze in Southeast Londo9n in 1981 known as the New Cross Fire. Thirteen Black partiers aged 13 to 22 were killed in the event, and a 14th party attendee later committed suicide. The event became a potent and lasting flashpoint in British race relations and official indifference, prompting the protest slogan, “13 Dead, Nothing Said.”

Bernard’s treatment of the subject draws parallels to the 2017 Grenfell Fire incident, in which the blaze at a 24-story apartment building reportedly killed 72 people and injured at least 70.

The writer—who prefers the pronouns they and them—said in the program’s streamed ceremony that they see their work as “a kind of imaginative reanimation” of the events on which the work is based. 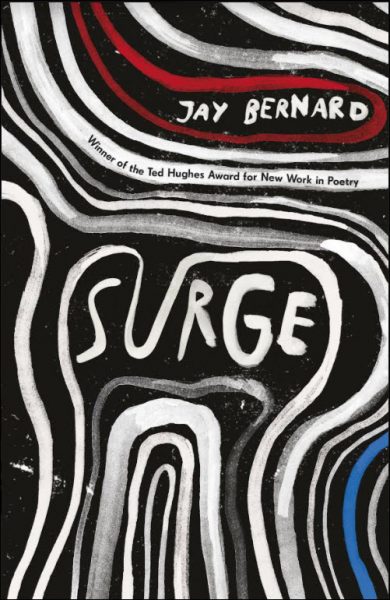 This presentation, by the way—we’ll embed it below for you—was notable for the length of time given to Bernard to talk about their work.

There are the usual comments from a juror about each of the shortlisted works and the customary welcoming and program-institutional remarks, of course. But then jury chair Andrew Holgate, who is the Sunday Times literary editor, does a full 10 minutes with the winning writer and the conversation is an informative one. (That part of the program begins about 22 minutes into the recording.)

“I’m not trying to tell history, if you know what I mean,” they said. “I try to do something a little bit different. So there’s a lot in there about present-day London, there’s sexuality in there. Gender comes into it and lots of other kinds of interactions—language and the way English has changed. It wasn’t supposed to be a kind of historical retelling.”

Holgate points out that Bernard uses a variety of poetic forms, “which really impressed the judges. I don’t know if that was deliberate or if you were looking for different approaches, ways of looking at the subject.” 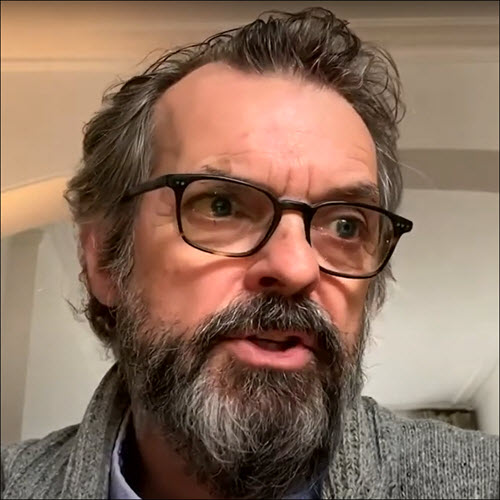 “I was always told when I was starting out with a pamphlet,” Bernard said, “that you should try to show a range and try to encompass as much as you can.”

Last year, they were recognized as one of the UK’s Top 10 best BAME writers (Black, Asian, and minority ethnic) for the British Council and National Centre for Writing’s international literature showcase. Bernard won the Ted Hughes Award for their performance piece based on the work and titled Surge: Side A.

Since undergoing a seven year hiatus until 2015, the Young Writer of the Year award has recognized Raymond Antrobus, Adam Weymouth, Sally Rooney, Max Porter and Sarah Howe. Bernard is the sixth winner since the award emerged from mothballs.

This year’s jurors joining Holgate are the novelist Sebastian Faulks; short-story writer and novelist Tessa Hadley; the novelist Kit de Waal; and literary critic Houman Barekat. As readers will recall from our story on the shortlist, the jury panel this year chose five rather than the customary four titles.

In talking about the selection of Bernard’s poetry, Barekat says, “Surge reads and feels like a unified whole. The collection pans seamlessly from micro level to macro level narratives; from the lives of individuals to the broad sweep of history.

“These poems evoke a lost past while nodding pointedly to the struggles of the present.”

Faulks says, “What is really remarkable about it is the way that the author has retained such a pure control over the way they tell the story, and have transformed this story into real poetry using a variety of different meters, rhythms and forms, some lyrical, some like songs, some like ballads. As a meeting of the public and the private, and in a way of looking at terrible things with an icy control, this is a formidably impressive book.”

Hadley says, “You might think that this [the exploration of the New Cross Fire] would be a recipe for a kind of polemical outrage, but the poems instead subtly lift the lid on the headline story, and find the music and the pleasure and the secret heart of what happened, hidden inside.”

Young Writer of the Year 2020 Shortlist

This is the second year of adding the sponsoring University of Warwick to the name of the award, which is one reason its name is so long.

Bernard as winner, in addition to the money and residency at Warwick, gets a two-year membership to the London Library their shortlisted colleagues each get a year’s membership—a particularly handsome aspect of the prize package for this program.

This is one of the 22 prizes administered in award-rich England by the Society of Authors in London, and the program has support from the British Council.

In an interesting sign of the coronavirus COVID-19 pandemic’s effects on marketing in and around book publishing, the agency that has for years represented the Young Writer of the Year award to the press—Fiona McMorrough’s FMcM agency in London—has announced today (December 10) that staffer Daniel Kramb is being made head of content in order to promote the company’s capabilities in digital events, video projects, and other efforts. 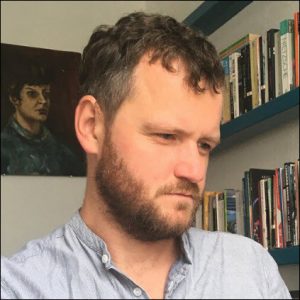 Generally called “virtual events” in England, these are products that take a lot of skill and effort and time to do well. Calling them “virtual” sells them short.

These are actually quite real events presenting real people often appearing in real time, speaking on real topics and–in so many cases in publishing this year–handing out real awards. They’re digitally, not virtually, delivered.

And, as many of us have discovered this year, the workload they require is anything but virtual.

Kramb is a seasoned navigator of the dense awards underbrush that has grown up around the UK book publishing industry. The competition between the prize programs, themselves, can be as fierce as that between authors and/or publishers, each prize committee sending its PR agents into the fray to vie for news media announcements of newly named jurors, longlists, shortlists, and winners.

Kramb has experience representing not only the Young Writer of the Year award but also the huge Montreal-based Cundill History Prize; the Women’s Poet’s Prize, the British Book Awards, known as the Nibbies; the Rathbones Folio Prize; and several others.

And having made the move to the agency from the Financial Times, Kramb is in a role now that reflects how much digital adoption has occurred during the pandemic, not just in consumers trying ebooks and audio for the first time but also among publishers pressed by circumstances to up their digital game to reach readers on the ether.

The happy result of more dedicated efforts like Kramb’s role in producing these things should mean better looking online events. While journalists are less happy than lay folks about this–because video and audio are unsearchable media without transcripts and intensely time-consuming to handle in every way–here’s hoping that newfound capabilities will at least emphasize quality over quantity.