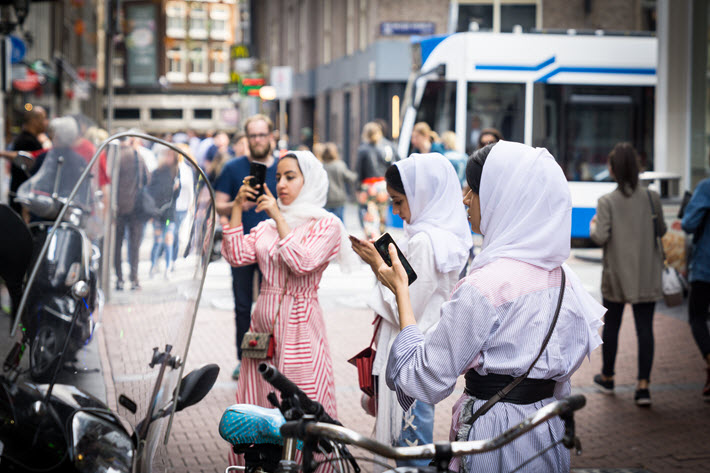 Samya Hafsaoui, author of Wattpad serial ’36 Questions (and lots of coffee)’ has seen her story picked up by NL Film and Wattpad Studios.

Samya Hafsaoui: ‘I See Myself as Empowered’

In one of the last announcements of its 2020 production-development year, Toronto-based Wattpad has announced its new film project with the Netherlands-based author Samya Hafsaoui’s Muslim romance story.

Publishing Perspectives readers will remember the announcement in June 2019 that NL Film in Amsterdam will get exclusive first-look rights to content from Wattpad in Dutch.

For the Wattpad leadership—which has staunchly supported the vast platform’s diversity in stories, characterization, and issues—the fact that NL has entered a production partnership on Hafsaoui’s work can be understood as being particularly meaningful.

Hafsaoui’s Wattpad page is here, and the English title of her serial writings is 36 Questions (and lots of coffee). In her self-introduction, she writes, “I write stories that I wish had been available to me to read. Stories about complicated emotional human experiences.

“36 Questions (and a lot of coffee) is my first try at writing an inclusive story from the point of view of your average hijabi who lives and grew up in Western civilization. Someone who prays 5 times a day and also thinks in high school musical metaphors from time to time.”

The rationale for Wolffers’ interest in the work is clear and parallels the build-in-audience appeal for so many similar screen collaborations for the reading and writing platform. So far in 2020, Wattpad reports that users in various parts of the world have spent more than 78 million minutes reading stories tagged #MuslimLoveStory and associated tags.

#MuslimLoveStory also saw a massive 113-percent increase in reading time from last year. And if you’ll run a quick search on that hashtag on the site,  you’ll find a total 1.3 million stories coming up in the results.

Needless to say, to producers and studios, this defines an audience with a clarity that Wattpad has brought to the table in so many of its screen-development moves. 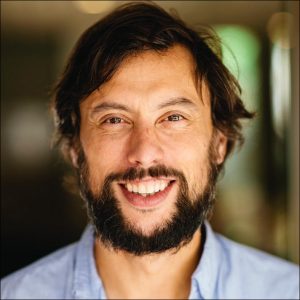 “One of our main objectives in working with Wattpad,” says Wolffers in a prepared statement from Amsterdam, “was finding stories that are underrepresented in the mainstream media.

“In 36 vragen (en heel veel koffie) by Samya Hafsaoui,” he says in his role as NL Film’s creative director and producer, “we found a story that’s so authentic and also has a very clear voice.

“This story is not written with the white frame on how a story about a Muslim girl is normally told, but from the perspective of a writer who is a Muslim woman herself, who has a very clear opinion on inclusivity and wants to see and read content she is represented by.

“This matches exactly with what we were looking for. And it is a great story too.”

Wolffers is singing Wattpad Studio chief Aron Levitz’s tune: “36 Vragen (en heel veel koffie) is a groundbreaking project,” he says, “and, ultimately, a statement: that entertainment needs more and better representation for the many different communities, voices, and experiences that make up the world.

“We’re proud and deeply honored to work with NL Film and Samya to tell this story together.”

Hafsaoui is not the novice that some think of young Wattpad writers as being. She’s known for celebrity interviews published by Dutch Vogue and Glamour and opened her own national talk show, Na Het Nieuws last year. In January, she’s to begin her work with Amsterdam’s DeLaMar theater on a new musical production.

Hafsaoui: ‘The Hijab Stays On’ 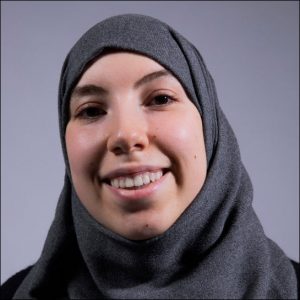 In a statement about the new film deal, she says, ““So many North American and European stories about Muslim communities, especially Muslim girls, are told by people who don’t understand the lived experiences of Muslims.

“The love stories with Muslim characters usually force women to make a choice between love and faith: the girl falls in love with a white non-Muslim boy, she fights with her family, struggles with her faith, takes off her hijab, and chooses the boy. That storyline functions as a symbol for newly gained freedom.

“But I’m a Muslim girl, and I see myself as empowered with my hijab on. Why do we have to choose between love, faith, and values that in real life merge perfectly with the places we call home? 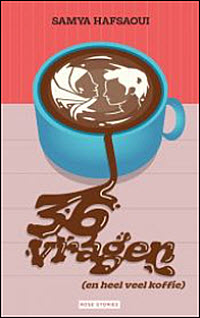 “With 36 Vragen (en heel veel koffie), I wanted a story that firmly establishes characters as human and as authentic as possible from an #OwnVoices perspective. It’s a feel-good love story between two Muslims, for everyone. And this time, the hijab stays on.”

In Hafsaoui’s story, Romaisa’s sister Loubna is getting married, which is great news for everyone, except Romaisa. She’s struggling with the loss of her father after he recently passed away, just before the pending wedding. Still, her Dutch-Muslim family has decided to proceed.

When Loubna tries to set her up with a local barista named Julail, Romaisa finds he’s also caught between family expectations and his own happiness. Finding themselves facing similar pulls of family and culture, Romaisa and Julail invent a solution: They pretend they’re dating so their families are happy.

In this production, Wolffers’ production team includes Sabine Brian and Ronald Versteeg and from Wattpad’s side, the partnership includes Levitz, Muriel Rosilio, and Carla Zeller.