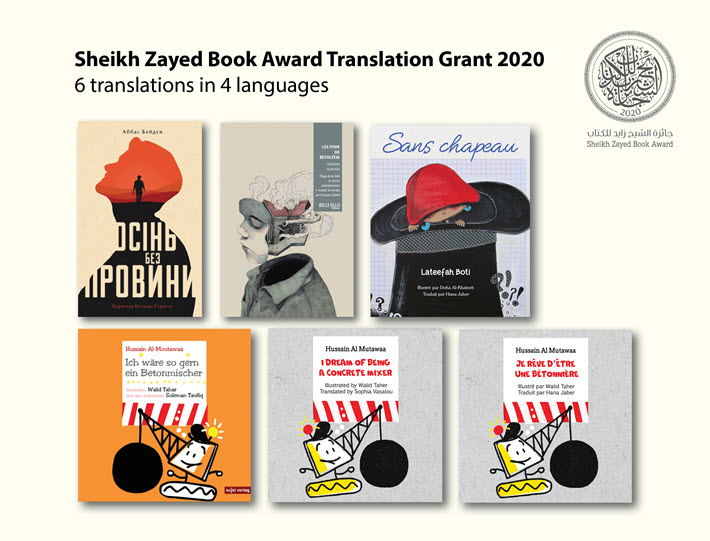 The Sheikh Zayed Book Award ends its year announcing six new translations from Arabic and offering translation grants for all its shortlisted titles, starting in January.

On the eve of this year’s UNESCO World Arabic Language Day, the Sheikh Zayed Book Award today (December 17) is making a year’s end announcement that will be good news to many who are eager to see more Arabic literature translated into other languages.

The Zayed program in Abu Dhabi is opening its program of translation grants to all of its shortlisted titles as well as the winning books, a change that goes into effect on January 1. Prior to this, the translation grants program—which was founded in 2018—has been available for applications only on the award’s winning titles in certain categories.

Over the 15 years of the Zayed’s growing prominence in the industry, many have commented on the fact that its shortlisted works are of such high caliber that most were fully viable for international translation and publication, but the program’s generous grant support was available only for winning titles. This new expansion of financial support will make it easier for many of the prize’s carefully selected and shortlisted titles to find publication outside of the Arab world.

As before, the funding offer applies to literary categories and children’s titles–the latter of which applies to the Children’s Literature and sometimes the Young Author category.

Dr. Ali bin Tamim, chair of the Arabic Language Center and secretary-general of the Sheikh Zayed Book Award, in his statement to the news media today, makes the point that translation is “an essential tool for building bridges between different nations around the world, as it plays an integral part in representing cultures, literature, and heritage in different languages.

“Through the translation grant, we want to offer readers around the world a window through which they can explore the best Arabic literary works in their own languages.

“We’re committed to supporting Arab authors, as through our grants we’re offering the opportunity for international publishers to translate award-winning works into multiple languages, enriching the global literature scene with the best Arabic works. We’re glad to see the translation grant—which is open to all publishing houses from around the world—succeed in generating publicity for winning works of the Sheikh Zayed Book Award and so, from 2021 on, the grant will be made available for all titles that are shortlisted.”

Those who are interested in applying for translation funding may want to give the Sheikh Zayed Book Award 2020-2021 longlists a new look, in preparation for the announcements to come of shortlists. The 15th edition of the Zayed will announce its shortlists in February with winners to be named in April and honored at a ceremony during the May 23 to 29 Abu Dhabi International Book Fair.

It’s been a particularly strong year for the Sheikh Zayed Book Award. As Publishing Perspectives readers know, the program has seen a 23-percent jump in submissions, with 2,349 titles put forward from 57 markets—22 of those submissions are from Arab nations and 35 are from countries outside the Arab world. Twelve nations’ submissions represent first-time submissions from their home markets.

Tamim has noted that this strong advance in interest in the prize has come “in contrast to the ongoing pandemic and the impact it continues to have on the publishing sector.” 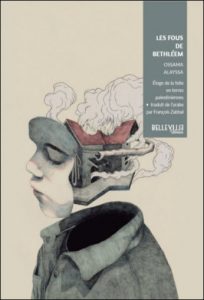 ‘The Madman of Bethlehem’

‘The Madman of Bethlehem’

The novel The Madmen of Bethlehem is by the Palestinian author Osama Alaysa, who won the Sheikh Zayed Book Award in the Literature category in 2015, has been translated into French by François Zabbal and published by Belleville éditions.

In a prepared statement, Dorothy Aubert, Bellville’s director, says “Receiving the grant was a wonderful surprise to us since we were interested in the book before knowing it won the Literature award. Osama Alaysa’s topics are not really represented in our market, so we feel that it’s important to bring this kind of book to readers.

“Also, we love the style of the author and his clever way of dealing with different subjects. The Sheikh Zayed Book Award’s grant is so helpful since it offers us a very comfortable budget to work on good promotion, and also to work with a very good translator.”

‘The Autumn of Innocence’ 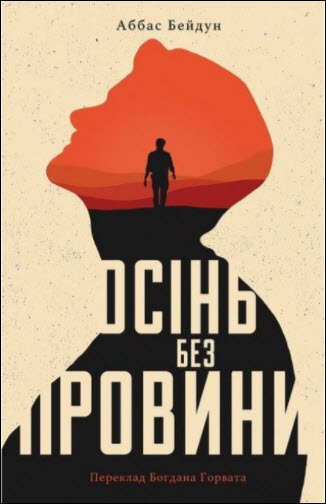 ‘The Autumn of Innocence’

The novel The Autumn of Innocence is by the Lebanese novelist and poet Abbas Beydoun, who won the 2017 Zayed Literature award.

It has been translated into Ukrainian by Bohdan Horvat and published by Anetta Antonenko Publishers.

The eponymous Anetta Antonenko, who directs the press, says in a statement today, “I personally look for interesting titles around the world and believe that Arabic literature in Ukraine is poorly represented.

“I was interested in the story itself, which will resonate with our readers, as it expresses a worldview of tragic events.

“For the Ukrainian reader, this book promotes dialogue and intellectualism that contribute to creating a prosperous future.

“I’m convinced that after the publication of three to four titles in Arabic, I will be able to attract a wide audience to read more Arabic literature.”

‘I Dream of Being a Concrete Mixer’ 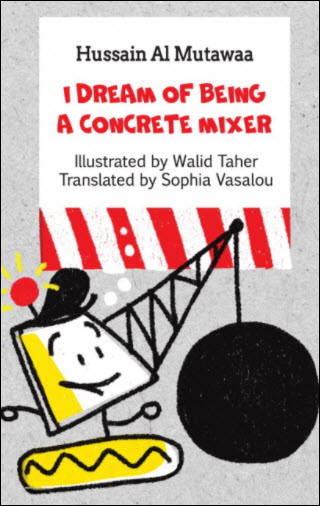 Our readers will recall the thoughtful comments of the Kuwaiti author Hussain al-Mutawaa, who spoke to us at the Abu Dhabi International Book Fair after winning the 2019 Sheikh Zayed Book Award in the Children’s Literature category.

Al-Mutawaa spoke about the growing wave these days of popular culture and how the mission should be “to face the wave” and create material for children in particular that’s “very close to the world children know, something that speaks to their reality,” rather than offering mere fun and light-hearted distraction.

I Dream of Being a Concrete Mixer has illustrations by Walid Taher and has been translated into English by Sophia Vasalou and into French by Hana Jaber, both editions published by the Canadian publisher BookLand Press.

It’s also been translated into German by Suleman Taufiq and published by Sujet Verlag UG.

Sujet Verlag publisher and executive director Madjid Mohit, in a prepared statement, says, “Hussain Al Mutawaa’s book is an opportunity to introduce and promote diversity and open-mindedness to children, thanks to its compelling story and beautiful illustrations.

“The book deals with the conflict between tradition and modern progress, which is extremely topical. In the past few years many people of Arabic origin have come to Germany and this bilingual book is part of the cultural exchange necessary for their integration.

“We’re incredibly grateful for the Sheikh Zayed Book Award translation grant, as their support allowed us to translate and publish this wonderful book into the German language.” 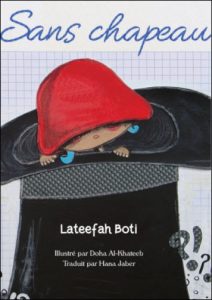 Hatless is by the Kuwaiti author Lateefa Buti, winner of the 2017 Children’s Literature category award has been translated into French by Hana Jaber and published by Toronto’s BookLand Press Inc.

Publishing Perspectives readers will recall that Robert Morgan of BookLand Press joined us in September for a discussion with translator Sawad Hussain.

In commenting on the translation and publishing of the book, Morgan says, “The publication of Hatless and I Dream of Being a Concrete Mixer in translation from Arabic gives us a unique opportunity to introduce North American readers to creative and talented contemporary Arab authors and illustrators, who, until now, were relatively unknown in the English-speaking and French-speaking markets.

“In my opinion, the Sheikh Zayed Book Award is one of the best international programs for promotion of literature to foreign markets available today.”

One of the most convenient aspects of the Sheikh Zayed Award’s translation funding is that applications are accepted all year. Decisions are made two to three months after application, and you can find full details here. 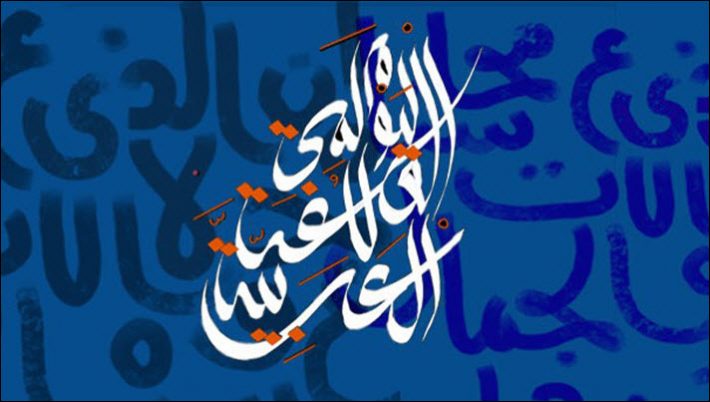 The theme of this year’s program is “Arabic Language Academies: Necessity or Luxury?”

In a message for the day from UNESCO director-general Audrey Azoulay, she says, “Arabic is a bridge between cultures and across borders—a true language of diversity.

“On this international day, UNESCO will celebrate and explore the role of Arabic language academies.  Not only do these institutions preserve, enrich and enhance the Arabic language, they also help monitor its use in conveying accurate information in the context of global current events.”

A webinar is available on Friday (December 18), and you can register for it here.