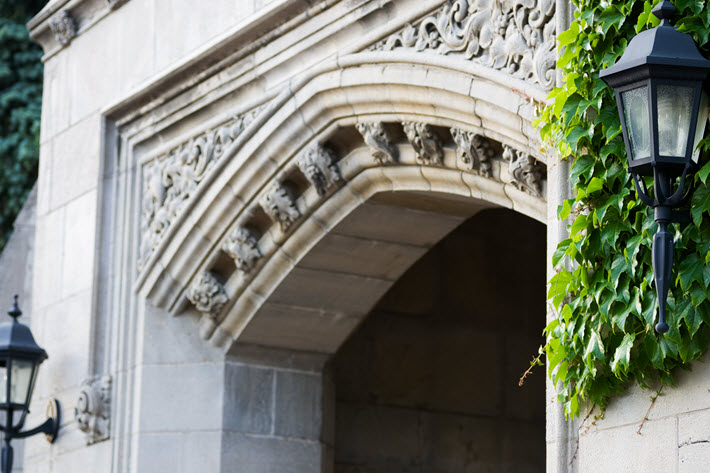 ‘The last 20 years have seen an ever-growing chasm between academic and trade publishing on the technology front,’ writes Charkin, as he surveys differences and similarities between the two.

Editor’s note: Publishing Perspectives readers who joined us for Thursday and Friday’s (December 3 and 4) Frankfurt Academic Conference will remember that Richard Charkin was a frequent and welcome member of the program’s commentariat. This is the event he refers to in his column today. —Porter Anderson

Academic and Trade: ‘Differences and Paradoxes’

I spent a very enjoyable and thought-provoking few hours at the Frankfurt Academic Conference. At that link, everyone now can watch the sessions of the conference.

Before extolling its virtues, I have one criticism. The subtitle is A New Era for Academic Publishing in Europe and USA. Academic publishing is nothing if not global. Limiting any discussion to Europe and USA is meaningless and arguably offensive to the brilliant scholars and academic publishers in Canada, Africa, Brazil, China, Japan, Russia not to mention Australia and so on.

That rant out of the way, it was a superb conference. I’ve had to attend (too) many Zoom conferences over the last few months, and none has matched this one. All the sessions were good, the speakers eminent but forthright, the message questioning and insightful, and the answers open and helpful. Congratulations to Frankfurt for organizing this.

Looking back over my 48 fulfilling years in the publishing industry, I estimate that I’ve spent 40 percent of my time and effort on trade books, 40 percent on academic books, and 20 percent on education.

My first job—science editor at George G. Harrap—involved all three, but for a while I focused largely on academic, as a life sciences publishing manager at Pergamon (now Elsevier) and then medical editor at Oxford University Press.

There’s so much to admire about academic publishing, and that admiration has stayed with me throughout my career.

When I left Oxford University Press to join Paul Hamlyn’s Octopus Publishing Group—which would later become Reed International Books—I received a letter from a distinguished literary agent congratulating me on at last finding a job in “real” publishing. It was nice of him to write but puzzling. What was “real” publishing?

I had an inkling from one of the first editorial meetings at Heinemann. A terrific editor made a pitch for a book she wanted us to take on. “I would die to publish this book,” she said. I thought this was taking commitment and passion a little too far, but it reminded me of a previous conversation I’d had with a Philadelphia-based medical editor who told me he’d kill to publish a particular book. It struck me as a defining difference between academic and trade editors: Assassination or suicide, neither is particularly uplifting, but I know which one I’d prefer in my business.

As the Frankfurt Academic Conference progressed last week, I became more and more convinced that academic publishing, particularly STM journal publishing, is fundamentally different from trade (“real”) publishing in almost every respect apart from its dependence on the freedom to publish and copyright protection, both existentially important of course. I thought it might be entertaining if not valuable to try to identify differences and the paradoxes.

The first difference is financial.

The original purpose of academic publishing was to further the dissemination of knowledge through careful selection of what was to be published—peer review and a network of knowledgeable and specialist editorial teams. Nobody expected sales to be huge but the value and longevity of the publishing was measured differently: prestige, building a list attractive to the best authors and reviewers, and serving authors with the highest publishing standards.

“It’s self-evident that academic publishing tends to attract more scholarly people, although some of the best brains I’ve encountered have been in senior marketing and editorial positions in trade houses.”Richard Charkin

Trade publishing, on the other hand, was first and foremost about maximizing sales and profits, prestige being an afterthought although very welcome when it came in the form of literary prizes. The irony is that for most of the last 50 years, academic publishing has been significantly more profitable than trade publishing and in some respects trade publishing has become more prestigious than academic.

And then there are the people. Left brain or right brain? Calculating or instinctive? Nerdy or cool? It’s self-evident that academic publishing tends to attract more scholarly people, although some of the best brains I’ve encountered have been in senior marketing and editorial positions in trade houses.

More specifically, academic publishers are fundamentally more interested in the numbers, trade publishers in the words. Analysis vs. passion.

Outside of a very specialist interest, an academic editor is more concerned with building a list of books or a journal rather than worrying about the individual content. That’s the referee’s job.

A trade editor is interested in every aspect of a single book, by and large, and then moves on to the next one. Academic editors are building a business, trade editors an author’s career.

I’ve worked for geniuses in both academic and trade disciplines. Possibly the greatest publisher of the 20th century is also the most loathed, Robert Maxwell. He made a fortune—and lost it—out of scientific publishing. However, making money was necessary but not the main driving force for his publishing. He really cared about the scientists who were served by Pergamon Press. He transformed a sleepy, self-obsessed industry into the vibrant and innovative network it is today.

At the other end of the spectrum was Paul Hamlyn, entirely focused on the consumer market and driven—again, in addition to the money—by the objective of making high-quality books ever more affordable to the mass market. This worked for illustrated lifestyle titles, less well for literary fiction where logic and smart marketing are subservient to the creative genius of the author.

They were utterly different people. Maxwell wanted to be on the front page, Hamlyn preferably to be nearly invisible and was happier in the trade or the financial press than the tabloids. Apart from both being successful publishers, their only common characteristic is that they were both immigrants. Make of that what you will.

The last 20 years have seen an ever-growing chasm between academic and trade publishing on the technology front. It is inconceivable for a major STM publisher not to have a vast cadre of technology experts at the very top of the organization. Apart from a posse of “digital directors,” trade publishers are followers of technology, not true participants. Perhaps they could learn something from their academic colleagues, or there again perhaps they could not afford to.

The opening session at the Frankfurt Academic Conference was given by the indefatigable David Worlock. He compared the academic publishing ecosystem to that children’s party game, musical chairs. There are more children than chairs. Not everyone can find a seat when the music stops. It’s conceivable that academic publishers might find the seats occupied by librarians, funding agencies, technology companies, aggregators, with no room for them—unless they adapt fast and pay more attention to their lifeblood, their authors.

I don’t think trade publishers are under such threat, although they’ve been losing part of their seat to literary agents, mega-authors, and, of course, Amazon. It’s not too late to claim their traditional and rightful seat, but perhaps a little more attention to analysis and a little less passion might be in order.

Meanwhile, here’s hoping that 2021 is successful for all publishers and that the memory of the ghastliness of 2020 softens, but that the lessons are never forgotten.

Have a great holiday season.