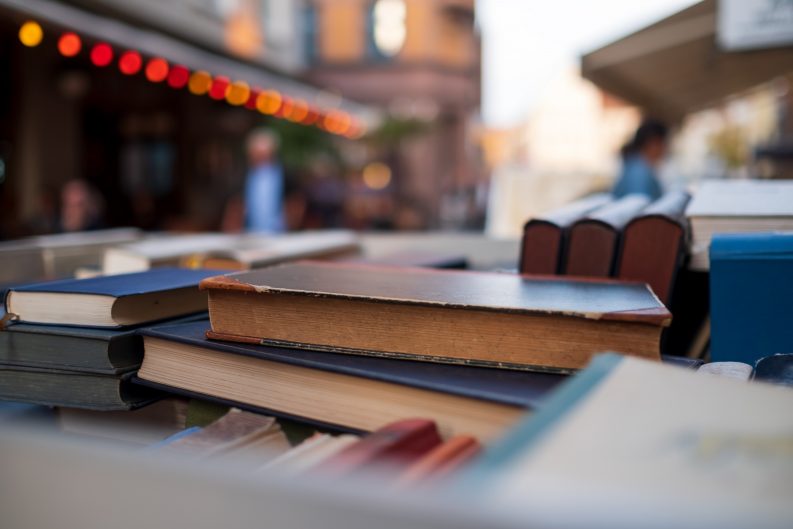 The International Intellectual Property Association produces its latest report on US ‘core’ copyright industries’ place in the economy. 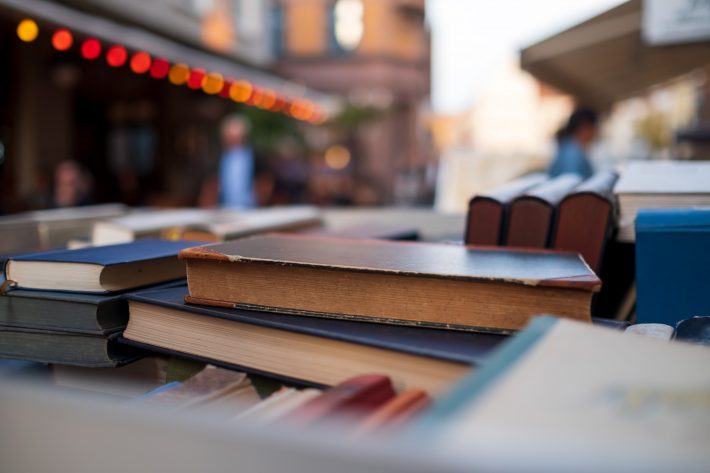 Those member associations include the Association of American Publishers, which has helped call to our attention the alliance’s new report.

The other four trade associations in the alliance are:

In a report issued Monday (December 14), the alliance goes over statistics that are helpful at year’s end for getting a fix on the economic magnitude behind copyright, so important to the viability of a healthy publishing industry. This is the 18th such report the alliance has issued since 1990.

Of particular interest to our international audience may be a couple of points brought forward in the material on American ‘exports in the copyrighted material sector, although publishing and books are not directly addressed here. Sales of select US copyright products in overseas markets amounted to $218.76 billion in 2019, a significant increase over previous years.

It would be helpful if the five associations of the International Intellectual Property Alliance, led by the AAP, would impress upon that group that electronic, chemical, pharmaceutical, agricultural, and aerospace copyright activity is not all that could be broken out. The creative industries of film, music, books, and publishing might well form another pillar of the “selected” elements observed by this series of reports.

In an infographic, it’s clarified that “core” copyright industries include books, music, motion pictures, radio and television broadcasting, computer software, newspapers, video games, and periodicals and journals. So where are they?

The authors of the report are happy enough to break out electronics, chemicals, and aerospace, but don’t seem moved to set up a category for these creative industries which are the “core” interest of the AAP and its sister member-associations.

‘Copyright Industries in the US Economy’ 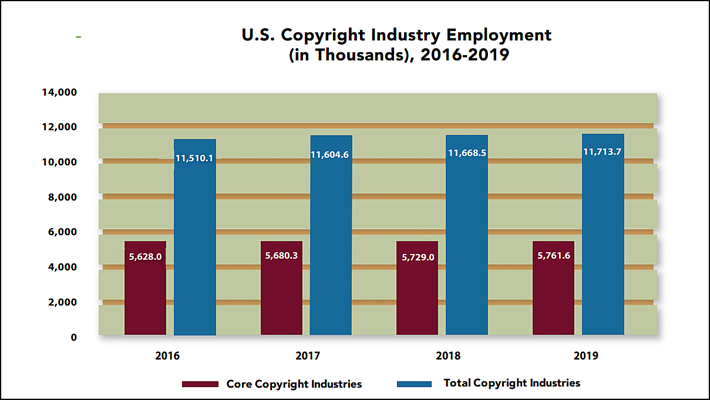 These figures here are drawn from a new report called Copyright Industries in the US Economy, produced for the alliance by Robert Stoner and Jéssica Dutra of Economists Incorporated.

There’s an important caveat offered in the report’s introduction, pointing out that the data used for this 2020 report is drawn from 2019. This means, of course, as the report’s text reads, “The effects of COVID-19 in the economy cannot be clearly seen and/or estimated at this point. Some effects can, however, already be seen in foreign sales (reflected in the World Market section), as other economies were hit earlier than the United States, diminishing international activity toward the end of 2019.”

It will be interesting to see, of course, what impact the coronavirus COVID-19 pandemic may be detectable in data for ensuing reports.

And in a quick introductory discussion of overall copyright challenges worth noting, the authors of the report write:

“Despite the robust achievements of the copyright industries during the period covered in this report (and in the prior reports), significant challenges remain.

“The copyright industries derive a growing percentage of their revenue from the digital marketplace.

“Problems such as outdated copyright and related enforcement laws; inadequate or ineffective enforcement (especially against online piracy); unlicensed uses of copyright materials; and market access challenges inhibit the growth of these markets in the United States and abroad.

“Economic reports such as this one underscore what is at stake. They provide a compelling argument for more effective laws, improved enforcement, and market access regimes that will promote and foster the growth of the copyright industries throughout the world for the benefit of consumers, as well as the creators, producers, and distributors of copyrighted materials.”

For the purposes of the report, a “core” copyright industry is defined as one the primary purpose of which is “to create, produce, distribute, or exhibit copyright materials.”

Here are selected highlights from the report’s findings. 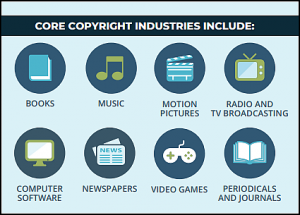 Keep in mind, for some reason, the collection of creative industry output that the International Intellectual Property Association assures its constituent groups is part of the “core” group here is not separately broken out. This may make the material of less value than it could be to the publishing world.

You’ll find the full report for download in PDF here.

More from Publishing Perspectives on copyright and publishing is here, more on the Association of American Publishers is here.