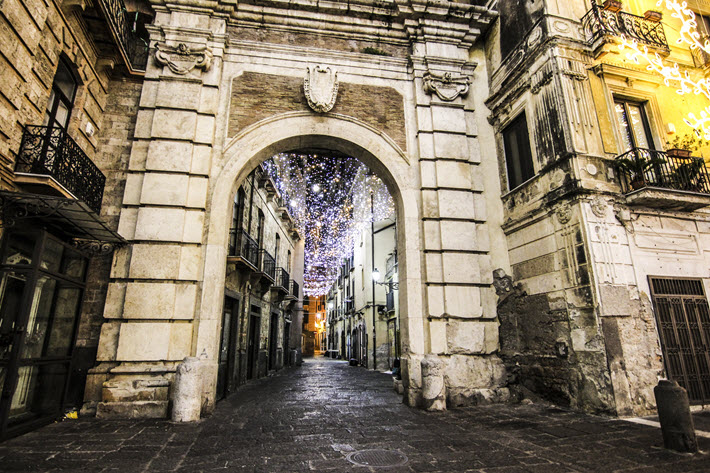 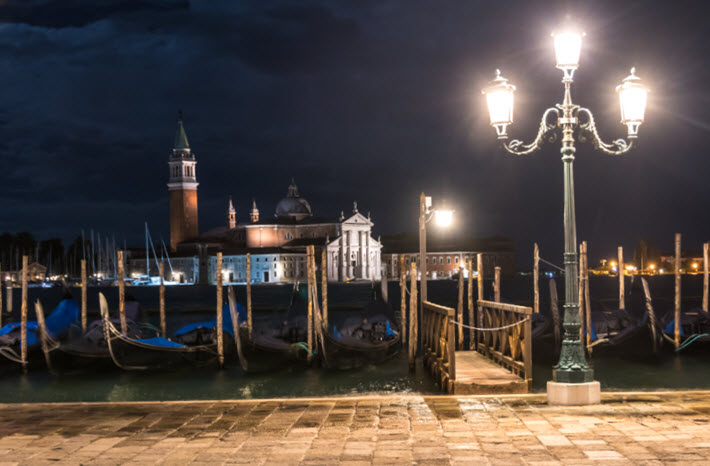 A December 13 shot from Venice where, on December 9, a newly installed system of artificial dams failed to activate with the traditional ‘acqua alta’ flooding coming in at some 4.5 feet above sea level, per news reports. Image – iStockphoto: Simone Crespiatico

Objecting to ‘Safe Harbor’ for Platforms

Today (December 14), Italy’s influential community of some 20 cultural and creative industry bodies is, in its own term, issuing a unanimous call for a “course correction” in the proposed regulations of the European Commission’s Digital Services Act.

Prominent among the leadership of the effort is the Association of Italian Publishers (Associazione Italiana Editori, AIE), which has provided Publishing Perspectives with a copy of its call for an intervention.

And in a moment of timing that seems only fitting to the many ironies of 2020, Google has suffered a rare and reportedly worldwide outage of its portfolio of apps this morning, lasting about an hour.”

As The New York Times’ Adam Satariano reports, “The tech company’s apps — including Calendar, Gmail, Hangouts, Maps, Meet, Stadia and YouTube — crashed, halting work across the globe and sending angry users to Twitter to vent about the loss of services.”

Against the backdrop of such a broadly impactful event, Satariano writes, “New questions are being raised about whether the biggest technology companies have grown too powerful. The industry is facing antitrust lawsuits in the United States and new regulations in Europe to limit their power and impose fresh oversight.”

And it’s to the Digital Services Act he’s referring. As if by regulatory choreography with this outage, the act’s draft rules are to be presented on Tuesday (December 15).

In their broadest concept, these proposed regulations are aimed, in part, at how the major online platform handle hate speech as well as illegal and/or counterfeit products. In addition, no one has missed the digital-platform dynamics in the United States’ presidential election, as massive disinformation campaigns swept across the Net, something hardly limited to the States’ political processes.

The European Commission’s introduction to the “Digital Services Act Package” is telling for its effort to balance the benefits of the rise of digital retail and communications platforms—at their largest, we’re talking Amazon, Facebook, Google, Twitter, and so on—with the not-unfamiliar drawbacks and concerns. From that introduction, it’s worth quoting this high-level statement for what observers will be a several-years process of debate and adjustment:

“Online platforms have brought significant benefits for consumers and innovation, as well as  wide-ranging efficiencies in the European Union’s internal market. These online platforms facilitate cross-border trading within and outside the Union and open entirely new business opportunities to a variety of European businesses and traders by facilitating their expansion and access to new markets.

“Although new services, technologies and business models have brought many opportunities in the daily life of European citizens, they have also created new risks to citizens and society at large, exposing them to a new range of illegal goods, activities or content.

“Furthermore, many online businesses have struggled with systematic problems familiar to the platform economy regarding contestability, fairness and the possibility of market entry. Large online platforms are able to control increasingly important platform ecosystems in the digital economy. Typically, they feature an ability to connect many businesses with many consumers through their services that, in turn, allows them to leverage their advantages, such as their access to large amounts of data, from one area of their activity to improve or develop new services in adjacent markets.

“The European Single Market therefore requires a modern legal framework to ensure the safety of users online and to allow innovative digital businesses to grow, while respecting the basic principles underpinning the current legal framework of the e-Commerce Directive.”

As Mark Scott, Laura Kayali and Nicholas Vinocur have written for Politico, “Under the proposals, Brussels will mandate that large online platforms—those that reach at least 45 million people across the 27-country bloc—must limit the ability of illegal material from spreading on their networks, provide regulators and outside groups with greater access to their internal data and appoint independent auditors that will determine if firms are compliant with the new rules.

“If companies like Google and Twitter fail to meet the new obligations, they could be fined up to six percent of their annual revenue, according to the commission’s draft document. Those hefty penalties would represent a watershed moment for regulators’ increasing focus on how large platforms handle reams of illegal content—everything from hate speech on social media to counterfeit goods sold on e-commerce platforms.” 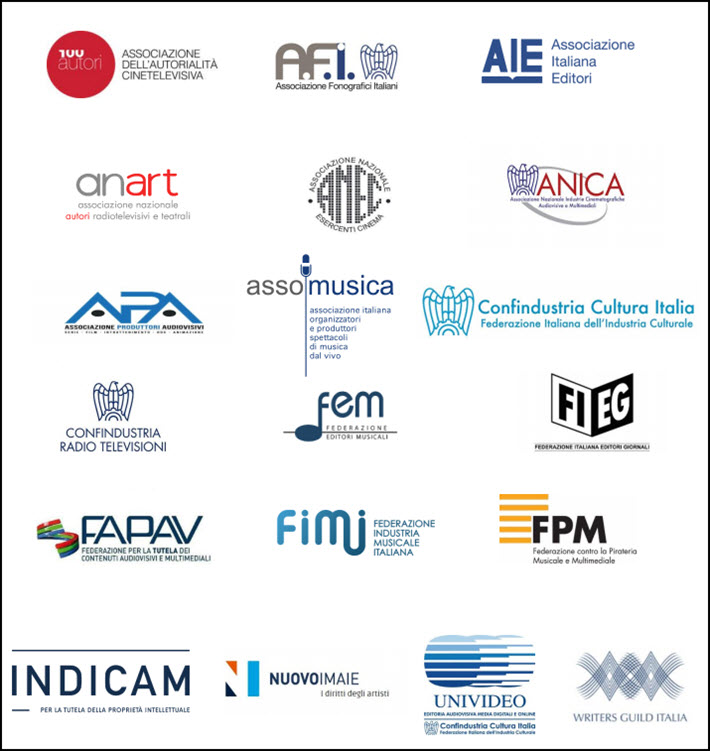 In the unified statement issued simultaneously by the creative and cultural associations of Italy, the message being sent to Brussels and to Paolo Gentiloni Silveri, the European commissioner for the economy in Ursula von der Leyen’s commission. He was the Italian prime minister between 2016 and 2018.

Media messaging from Rome assures Gentiloni that “The entire creative and cultural sector has welcomed this initiative, which should complete the path taken” in the Digital Single Market’s copyright directive.

The problem, as the Italian associations see it, is that changes to the Directive on Electronic Commerce “would not only not provide more tools to fight online illegality, but would reduce some obligations and some responsibilities of digital platforms, in our opinion, in a very risky way.

“The aspects susceptible to different interpretations,” they write, “are unfortunately numerous and concern different aspects of the proposal,” from a provision for “safe harbor” that would “limit liability in favor of the platforms,” the organizations say, to “an introduction of stricter conditions on those who want to enforce their rights online.”

The consortium concludes, “We are therefore asking for your authoritative intervention, certain of your awareness of the relevance of the European production chain, as well as its importance for [products and services] ‘Made in Italy.’

“We know that these are hectic days because of the management of the pandemic crisis and the related policy tools to counteract it. But we appeal to your well known interest” in the cultural sector, the groups are saying to Gentiloni, “and the attention shown to creating a level playing field for tax and regulatory purposes on ‘Over The Top’ operators.

“We hope for a course correction of the proposed regulation before its final adoption by the European Commission,”

The industry bodies aligned in their outreach to Brussels are:

A December 11 image from Salerno with its Christmas lighting over deserted streets. Image – iStockphoto: Karzof Pleine

Several international news reports overnight have pointed out that Italy’s death toll has surpassed that of the United Kingdom  (64,267 in a population of 66 million).

Nicole Winfield writes for the Associated Press, “Italy is reclaiming a record that nobody wants — the most coronavirus deaths in Europe — after the health care system again failed to protect the elderly and government authorities delayed imposing new restrictions.”

And a staff write at Reuters indicates that the Giuseppe Conte government might follow Germany’s lead in levying more stringent constraints for the holidays: “The government could decide to put the country under so-called ‘red-zone’ lockdown rules from December 24 to at least January 2, extending night curfews, banning non-essential movement and closing shops, bars, and restaurants on weekends and holidays, with the exception for those selling essential goods,” per reports from the Italian news media.

More from Publishing Perspectives on the Italian publishing market is here. More on the European Union’s Digital Single Market legislative efforts is here, and on copyright in general is here. More from us on the coronavirus COVID-19 pandemic and its impact on international book publishing is here.