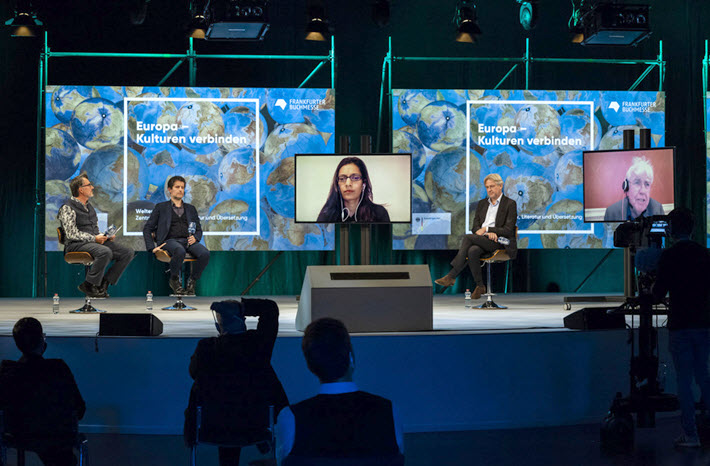 Corporate streamlining and the associated reduction in staffing has been completed, Frankfurt Book Fair reports, and a consultation with 200 exhibitors is helping guide plans for the coming year.

Boos: ‘Responding to This Diversity’

Our readers will recall our report of a week ago detailing the closure of the Frankfurt Book Fair New York office as part of the modernization project Frankfurter Buchmesse has undertaken following the 2020 digital iteration of the trade show.

This morning (December 16), the fair’s offices in Germany have announced that the restructuring program is complete and an assessment has been conducted with exhibitors to help inform programming for 2021.

“Corporate structures have been streamlined,” today’s media messaging reports, “and the announced reduction in head count has largely been concluded.”

Juergen Boos, president and CEO, is quoted, saying, “Like many other businesses, Frankfurter Buchmesse has been affected by the COVID-19 pandemic on an existential level.

“As a result, we had to implement a restructuring process that involves painful and far-reaching changes.

“I’d like to thank all the employees who have helped set the course taken by Frankfurter Buchmesse in the past years through their commitment, leadership, creativity, and passion. I will miss them—as colleagues and friends.”

The program now sees itself positioned for 2021 and has conducted discussions with some 200 international and German exhibitors to evaluate concerns and interests going forward. Special attention has been paid, the trade show reports, to how it can best provide support to its customers as this unusual year comes to an end and the worldwide coronavirus pandemic reaches new stages.

In its brief this morning on the results of those discussions, the fair’s staff writes, “All respondents agreed that a physical fair should take place to the extent permitted by the pandemic.

“All respondents agreed that a physical fair should take place in 2021 to the extent permitted by the pandemic.”Frankfurter Buchmesse

“At the same time, they said, the fair should concentrate on the basics: offering a venue for the international rights and licensing business and facilitating networking within the international book and publishing industry.”

Exhibitors’ responses, the fair says, clarified differing needs among exhibitors consulted. “While international exhibitors would like B2B venues and an improved matchmaking tool, German exhibitors say that interactions between their authors and the public and the resulting media response are of major importance. All exhibitors surveyed said they’d like flexible presentation formats.”

What’s more, the staff reports, the digital tools such as Frankfurt Rights and the matchmaking facility are to be further developed next year, augmenting the physical fair.

“We’ll be presenting our concept for Frankfurter Buchmesse 2021 in a few weeks.” 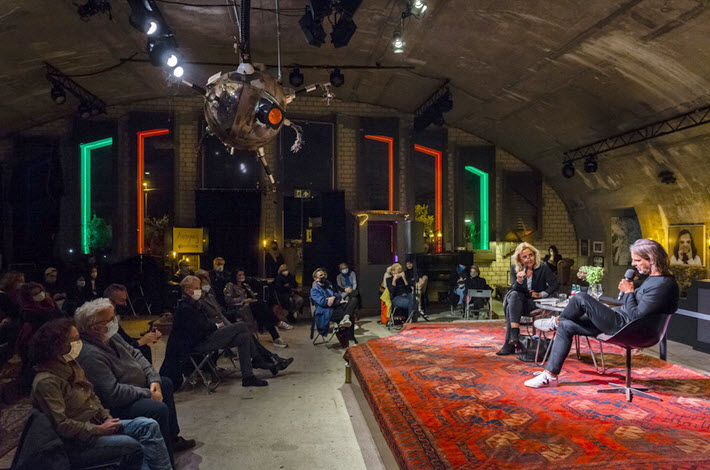 The COVID-19 conditions in Germany this week are quite difficult, Deutsche Welle’s report today confirming the Robert Koch Institute tally of 952 deaths. That’s the nation’s highest daily count since the start of the pandemic. The country’s “hard lockdown” response has been imposed by the government in its effort to tamp down new infection rates to 50 in 100,000, to allow for practicable contact tracing.

The good news amid the challenge, confirmed by the Associated Press, is that the European Medicines Agency has moved its meeting for its review of the Pfizer/BioNTech MRNA vaccine forward to Monday (December 21) from its original date of December 29. Berlin’s pressure has played a role in this timing, according to the PBS NewsHour report. The European Commission “will fast-track its decision-making process,” per the Medicines Agency’s statement.

German health minister Jens Spahn, PBS reports, says he anticipates approval before Christmas and vaccinations beginning before the end of the year, and Germany has in place around 440 vaccination centers with as many as 10,000 medical professionals standing by to start inoculation procedures.