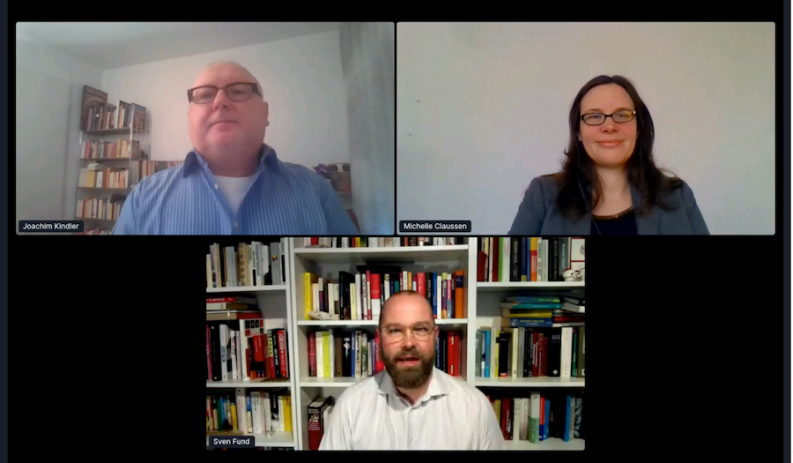 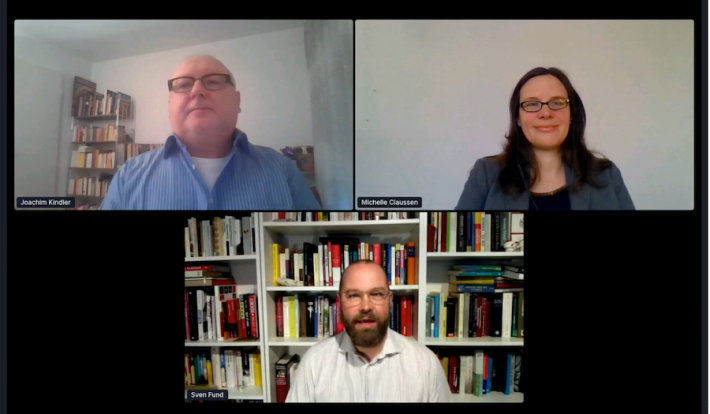 Hosted by Frankfurt Book Fair New York, the new Frankfurt Academic Conference made its debut online last week (December 3 and 4) with more than 150 attendees from 19 countries and a steady stream of questions, comments, and discussion from the audience—a sure sign that the speakers were hitting some key issues for the industry.

Programmed and moderated by Berlin-based Knowledge Unlatched managing director Sven Fund, the two-day conference focused on the impact that both open access and the coronavirus pandemic are having on academic publishing. Sessions ranged from big-picture predictions to granular data breakdowns.

Below is a summary of discussion highlights from the event. In the spirit of open access, video recordings and presentation slides from each session are freely available on the Frankfurt Academic Conference site.

Open access may be one of the leading drivers of business model changes in academic publishing, but Worlock said there are bigger, more disruptive transformations to come in the next five years.

“We are working in a world of data-driven science,” he said, and “hugely increasing the amount of data in the marketplace”—everything from the content and data that researchers produce and publish to article metadata and performance data, as well as annotations and citations.

This will soon lead us, Worlock argued, to a reliance on artificial intelligence (AI) and knowledge-mapping tools to help us read, analyze, and find meaning from this vast amount of data. “Machine intelligence is probably the only way we’ll keep up,” he said.

And when scientific information comes in the form of vast amounts of data as well as text, images, videos, citations, and more, Worlock said, the scholarly article itself could end up on the chopping block.

“The days of people seriously reading articles for information are coming to an end,” he said. Researchers are searching—not just for research outcomes but for specific pieces of information like better methodologies—and they’ll need AI-powered search tools to help them.

Peter Brantley—director of online strategy at the University of California’s Davis Library and the familiar force behind the much-loved Books in Browsers conferences—is more optimistic about the future of our current publishing formats.

In his conference talk called “Struggling to Innovate: The Resilience of Form,” Brantley argued that “the text form, how publishing works, and what publishing produces, will be fairly durable in the foreseeable future.”

Brantley said he sees “new forms of knowledge representation”—like data and web-based interactive simulations and modeling—as “supportive of the publishing endeavor” but not as a core function of publishing.

Looking at the publishing industry and the potential disruption from tech startups using “a lens of sociology of markets,” Brantley said there have been “a lot of counter-incentives for publishers to adopt this wave of tech,” including the fact that “consumers would have had to accept really novel product forms.”

Areas like data publishing, Brantley said, are “around the edge” of the established industry. “I might have expected, a few years ago, for more mainstream publishers to actively support new forms of publication,” he said. “That has happened to some extent, where you see academic journals beginning to require data deposit but not necessarily direct data publishing.”

Instead, he said, there has been an emergence of “new types of support firms” that specialize in things like data publishing.

“This might be a competence that publishers could develop without disrupting, internally, their own dynamics,” Brantley said. “And they could grow their market by beginning to acquire these support firms more aggressively.”

While we wait to see how extensively tech will disrupt academic publishers in the coming years, it’s clear that open access has changed how librarians work with publishers and their institutions’ researchers—and continues to change them.

Dirk Pieper, deputy director of the Bielefeld University Library in Germany, titled his talk “Academic Publishing and Libraries in Europe and the United States: Worlds Apart?” In it, he outlined the progress that has been made in the transition to open access, as well as some of the issues that need to be addressed to continue that progress.

In both the United States and Germany, he said, just over 40 percent of all scholarly publications are open access, according to European Open Science Cloud data. This means, Pieper said, that “the US and Germany especially still have a lot of work to do.”

But, Pieper said, “it’s not enough to look at the publication data” when evaluating the transition to open access. “Cost transparency is needed for libraries to enter into a transformative agreement,” he said, but “it’s hard work to get valid institutional cost data for subscription and licensing.”

Bielefeld University’s OpenAPC initiative is working to address this issue. According to the site’s text, Open APC “aggregates data on open access journal articles (APCs), open access books (BPCs), and data on articles published under transformative agreements (like Springer Compact or Wiley DEAL). All data is provided voluntarily by universities and other HEI [higher education institution], funders, or national consortia.”

In 2020, costs are especially important because Pieper anticipates cuts to library budgets and publicly funded projects as a result of the coronavirus pandemic.

“Someone has to pay the bill for the coronavirus crisis in the next years,” he said. “The bill has to be paid by the taxpayer and public budgets. That’s why I really expect the amount of money we can put into the system will decrease in the next years.”

Ann Okerson echoed this concern in her talk, “Libraries in North America: Collecting Trends and Topics.” Citing an informal survey conducted by the International Coalition of Library Consortia this year, Okerson said many librarians predict cuts to both library and overall university budgets this year.

But while we deal with the pandemic’s effects on budgets, Okerson stressed, libraries should “look beyond our immediate needs.”

One area that needs attention, Okerson pointed out, is in the way libraries work with smaller academic publishers.

“I’m very frustrated on the consortia front that we’re not able to do more with smaller publishers,” she said. Part of the reason for this, Okerson said, is that “consortia owe to their members the greatest possible savings and efficiencies for the greatest numbers … that starts to leave out small publishers.”

But she encouraged smaller publishers to look at becoming part of aggregates or putting their books into services like Knowledge Unlatched.

“This is not easy,” she said, but “I do think libraries are open to new ideas.”

No conference on academic publishing would be complete without discussing the increasingly important role that researchers play in the publication process. As Worlock pointed out, researchers are “more and more budget holders and publishers of their own materials.”

Worlock added that researchers are also actively seeking better tools to help them do their jobs, and that we “may see a rivalry between major research players” to offer these tools as a way to attract top researchers.

And there are a number of entrepreneurs working in this field to offer such tools. They include Carsten Borchert, whose startup SciFlow was named the 2020 Content Startup of the Year by ContentShift.

Another approach to attract and add value for researchers is based on communities.

Ben Johnson, head of communities and engagement at Springer Nature, spoke in his talk, “How To Strengthen Your Relationships With Authors Using Online Communities,” about the publisher’s initiatives to bring researchers together online with stories, content, and engagement.

Johnson said that Springer Nature operates around 30 “expert-led” microsites for researchers working in various subjects. Authors are invited to contribute more personal stories about their research, “content that wouldn’t be suitable for a peer-reviewed journal article but that add value to the community.”

Not only do these communities generate traffic for journal articles, but they also help Springer Nature identify and develop advocates, said Johnson. In surveying contributors to its “Behind the Paper” channel, Johnson said he’d found that around 60 percent of authors said they were more likely to submit their next article to Springer Nature.

Johnson also said that these microsites have seen increased traffic and record submissions since the pandemic began. “Lots of researchers are not in the lab, so they’re writing up all the studies they did last year,” said Johnson. “Whether that will carry on or not is a big question mark.”