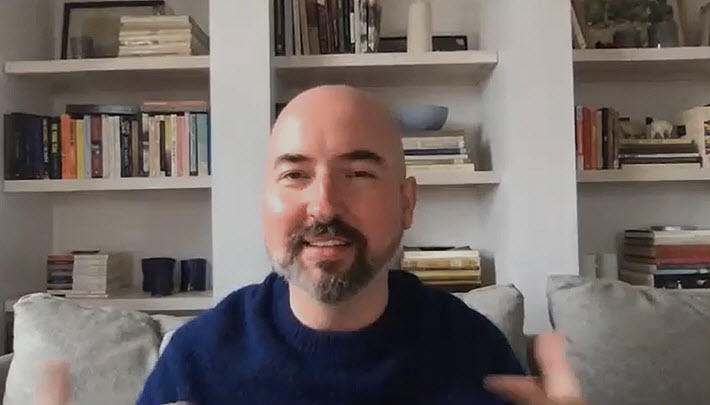 The Scottish-American winner of the 2020 Booker Prize for Fiction says he’s fascinated with translators’ work on his book.

‘Not the Experience of Most Debut Novelists’

By the time Douglas Stuart was named the 2020 Booker Prize for Fiction winner—becoming only the second Scottish work to win the honor in 50 years—Shuggie Bain already had sold into 22 territories and/or languages.

Pan Macmillan’s Camilla Eleworthy in London confirms to Publishing Perspectives that the sales to date have included the main European territories with the exception of Finland, as well as Arabic, Croatian, Japanese, and Hebrew. In Europe, those sales include a translation into Polish by Krzysztof Cieślik for Wydawnictwo Poznańskie and Sophie Zeitz’s translation into German for Hanser Verlag, both for 2021.

Agency spokespeople working with Pan Mac on the title’s sales tell us they expect to have topped 30 territories and/or languages soon.

Earlier this month, the television rights were announced to have gone to A24 Films—the American independent company founded in New York City—with Scott Rudin and Eli Bush producing Stuart’s own adaptation.

The book was sold by ICM’s Anna Stein to editor Peter Blackstock at Grove/Atlantic in a pre-empt—and to Ravi Mirchandani at Picador—in October 2018. That’s just over two years before it would win the Booker as Stuart’s publication debut. In publishing, this is fast.

“Translators make me consider things I thought I knew the meaning of because I use those words in everyday dialect and that’s how the characters express themselves.”Douglas Stuart

Released into the teeth of the coronavirus COVID-19 pandemic on February 11 in the States—and on August 6 by Picador in the UK—Stuart’s story of a boy’s struggle to save his mother and himself in 1980s Glasgow is redolent with the ruthless eloquence of the late Frank McCourt’s Angela’s Ashes and the quiet debates of James Baldwin’s Giovanni’s Room.

In a season crowded with releases delayed by the pathogen’s springtime assault, the book is standing handsomely in its fourth week on the United Kingdom’s Amazon Charts at No. 4 in most-sold fiction (fourth week) and at No. 13 on the most-read fiction list (third week)—considerably firm footing among the Harry Potter titles that dominate that most-read list in Britain.

As the book moves out into its broadening base of international markets, Stuart tells Publishing Perspectives that the specificity of the Glaswegian dialect in which he’s written the book can mean that “not even the words but sometimes the idiom” simply has no direct parallel in other languages. something.

But he says the goal of the translations will be “to sweep people along with the emotion of the book. Even native English readers,” he says, “who don’t understand some of the words in Broad Scots still feel the momentum of the language and the thrust of it.”

‘No One Reads Your Book as Closely as a Translator Does’

A Scottish-American who lives in New York, Stuart has written his way out of an apparel industry career that included years as senior design director with Kate Spade and the Banana Republic/Gap Inc. consortium. The clothes “are probably in your closet right now,” he says with a laugh.

And he has a second book set in 1990s Scotland, Loch Awe, headed for publication as he works on a third title. 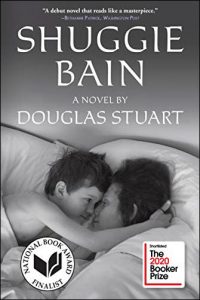 The Grove Atlantic US cover of the book, released in February

Visibly and happily gassed by the pleasure of winning the Booker, he’s an unfailingly thoughtful conversationalist. He’s a writer who loves talking about his work, not in a self-referential way but in terms of how it reveals the people of his youth in an economically depressed Glasgow where life and struggling were synonymous.

“No one reads your book as closely as a translator does,” he says, “which is something you learn very quickly. I’m in such awe of them. They also read beneath it and around it. They make me consider things I thought I knew the meaning of because I use those words in everyday dialect and that’s how the characters express themselves. It’s made me go back and research the origins of some of the words.”

Stuart says that of those 22 territories, the translators working on “about six of them have needed some help” from him. They’re all on different schedules, obviously. I get emails every single week,” and clearly he’s enjoying exploring the nuances of his work from the perspective of good translators’ questions.

“Sometimes, it’s explaining not even language but what a door looks like or what kind of fire was in the mantle because the book is also so specific about a class and a place and a time that it might not translate well” for a translator’s needs. “It’s fascinating how their minds work.”

As seasoned in business as he is, Stuart knows, “I’ve had an extraordinary year which has been probably not the experience of most debut novelists. It’s also been extraordinary because it’s been my only experience and has all happened through a screen. I’ve had one event where I met with actual readers and managed to connect with people in the flesh and press the flesh and talk about the book.

“It’s been great in a lot of ways because the accessibility of the year has been phenomenal. That globalism” of the scale with which he can reach people in digital events “has allowed books to reach people who have felt excluded from festivals or literary events or readings.

“I think it’s going to be a thing we should uphold and maintain as we go forward even when we can see each other. There’s an open-door feeling to it that’s really powerful.”

‘You Realize You Don’t Know Everything’

Shuggie Bain took 10 years for Stuart to write, followed by the two years of publication. But the creative decade of work on it wasn’t the search for his intent that some authors say they experience. 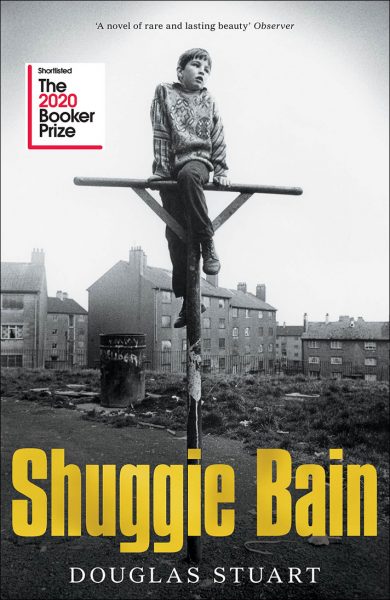 The British cover, from Pan Macmillan / Picador released in August

In his 900-page first of 14 or 16 drafts, he says, “Who the characters were, how they acted, was already in place. Over the years, it distilled itself down and also deepened. I was 32 when I started, 42 when I finished, and I changed as a person. My perspective and understanding of the characters shifted enormously, my empathy for them. I was always embroidering and adding nuance or taking out things that no longer felt correct. Opening on Shuggie, ending on Shuggie, and what happens to Agnes was always in place.

“Every single sentence changed 100 times. That’s hyperbole,” he says with a smile, “but you understand. It’s drawn from life, so I knew where it was going. I had to go back and excavate why things were what they were—make them clearer, understand misogyny and sectarianism and alcoholism.

“Something else that’s important about growing up in a Scottish working class background: You’re told from a very young age that you know nothing. ‘What do you know about life?’ ‘How do you possibly know what the human condition is?’ I internalized that, not only in writing but in everything in my life. The process of writing Shuggie Bain because so many were undergoing such a collective moment under [Margaret] Thatcher” in the book’s 1980s setting.

“I wanted to show Agnes’ struggle and Shuggie’s isolation from a lot of lenses. It was happening to everybody. And when you enter into that, you realize you don’t know everything. You have to take your time and allow for those things to come to you.”

‘This Powerful Thing by the Leash’

On the question of his longtime success in commercial fashion and that “extraordinary year” that has moved him into a new career in which he says he wants to write full time, he says that in fact he didn’t anticipate the kind of success and accolades he’s receiving now as a writer.

“The book was published two weeks before the pandemic and we were selling very few copies every week.”Douglas Stuart

“I already was successful in a totally different field,” he says. “I didn’t know the book would see the light of day. I was writing for myself.”

So oppressive is the working-class Scottish experience he writes about now, he says, that understanding “the signals we receive from down south”—in the UK—meant that “We don’t belong or that we shouldn’t be there or that we’re a bit inferior.

“Even when I wrote the first draft of the book, I wouldn’t believe it was a book. I felt that I had this really powerful thing by the leash and I wrote Chapter 13 and then Chapter 4 and then Chapter 22, out of chronological order because I didn’t want to impose anything on it. I felt the leash would break and the thing would run away.

“And the book was published two weeks before the pandemic and we were selling very few copies every week,” initially seeming to reinforce for him, he says, that the kind of fortune he was about to have was, indeed, out of reach.

“The Booker and everything that’s followed, the 22 territories, is really surprising.”

Stuart now is one of the many people in publishing hankering for a chance to get to a physical Frankfurter Buchmesse, he says. International touring lies ahead for him in our vaccinated future, “and I’ve heard about the bacchanalia that’s Frankfurt Book Fair,” he says with a grin. “Writers and publishers and editors get wild.”

‘A Chance to Succeed’

By contrast, in his most serious moments, he recalls the experience of going to the United States for the first time. He’d lost both his parents and had graduated from college in the UK. “The only offer I got” for a job “was to come to New York.” But the experience was “swift and unprepared,” he says, as he entered what would be his adoptive nation.

“When was the last time a Scottish book was on the National Book Awards shortlist? I was thrilled.”Douglas Stuart

“I borrowed a suitcase from my big sister, packed it, and came two months after graduating, from London to New York, and ended up alone at 22, nowhere to go back to. And New York is an incredibly demanding city,” he says, the fashion industry “relentless.”

“For the first few years, I was homesick, trying to find myself in the city, find my feet, find a career. But America has given myself a chance to succeed, which has been phenomenal. It’s allowed me to be everything I wanted to be. And it’s my home. I became a citizen in 2013. I’m incredibly proud.

“And even to see Shuggie on the NBA list” as a finalist in the 2020 National Book Awards in mid-November. “When was the last time a Scottish book was on the shortlist? I was thrilled.

“America is not as bad as the news likes to let us think it is. Our heart is still there.”