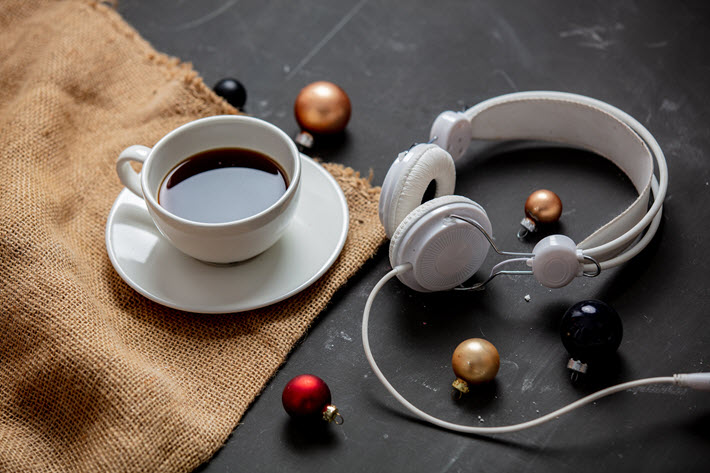 UK charity Calibre Audio for readers who have print disabilities is hoping to add 48 new audiobooks to its library which services listeners in Marrakesh Treaty countries.

First £4,500 in Donations Will Be Matched

Able to lend audio content to countries ratifying the World Intellectual Property Organization‘s (WIPO) Marrakesh Treaty—the development of which Publishing Perspectives readers have followed for years—the United Kingdom’s Calibre Audio Library is an accessibility charity that provides audio content to users with who are visually impaired and print-disabled.

In 2019, the program says, it provided more than 460,000 audiobooks to a membership of more than 14,000 users in the UK and international markets.  Each book, the charity reports, costs £250 (US$334) to produce. The charity counts among its publisher-partners Faber & Faber, HarperCollins, Naxos Audiobooks, Pan Macmillan, Penguin Random House UK, Ulverscroft, and WF Howes.

Today (December 2), Calibre’s offices in Buckinghamshire’s Aston Clinton have announced that the organization is working in association with the Big Give Christmas Challenge program through December 8. Big Give functions as a kind of crowdfunding platform for holiday charitable giving campaigns.

In participating with the Big Give, Calibre joins 763 sister charities in a week-long fundraising bid to generate £12,000 (US$16,034) with which it will buy 48 new audiobook titles for is membership. This would mean the addition of one adult and one children’s audiobook on each day of the holiday season advent calendar.

The name Calibre has given its own participation in this vast charity drive is “For the Love of Books,” and it’s  hoping to attract donations, its media messaging says, to that program among the hundreds of other programs now running at Big Give. At this writing, the Calibre Audio Library effort has listed a £9,000 target (US$12,027) and has raised £2,320 of that (US$3,100).

Reaching its ultimate goal will be helped by its “champion” supporters, who will match each pound sterling donated up to £4,500 (US$6,078), making early donations especially valuable.

In a prepared statement, Nila James, the organization’s fundraising director, is quoted, saying, “This is a very exciting opportunity to bring new audiobook titles to our members, who all have a dissability that makes reading print difficult.

“This will be a lovely gift this Christmas after a year that’s been especially isolating for many of our service users.”

Titles the organization has its eye on include The Christmasaurus by Tom Fletcher and Twas the Nightshift Before Christmas by Adam Kay, along with popular titles Tomorrow Will Be A Good Day by Sir Captain Tom Moore; a book from Jeff Kinney’s Diary of a Wimpy Kid series; The Big Mog Collection by Judith Kerr.

The 48 titles the service wants to add to its collection include “must-reads from the last 5 decades and new publications for 2020, drawing on themes of fantasy, mystery, romance, adventure, hardship, migration, and real life autobiographies.”

In an interesting statistic, Calibre’s news material says that just 7 percent of print books in the UK are converted to audio. “Increased time at home and isolation during winter lockdown,” the charity’s information reads, “has highlighted the need for well-being, connection, and entertainment. Reading can be a solace and comfort for those who are isolated, as evidenced by booming book sales in the first lockdown.

In Calibre’s purview, print disability can be based in several factors including dyslexia; cognitive and visual impairments; physical dexterity problems, terminal illness, and early dementia.

“Christmas can be a particularly lonely time when people might need extra comfort,” the staff says, “in the form of escapism from books and gripping fireside tales.”

Calibre’s members access the agency’s audio content free of charge using streaming memory sticks and Mp3 CDs. A memory stick can be borrowed for three months, and no more than five sticks can be had at once. Mp3 CDs can be borrowed at up to eight at a time. Books can also be streamed.

The charity receives no government funding.

More from Publishing Perspectives on audiobooks is here, more on the UK market is here, and more from us on the coronavirus COVID-19 pandemic and its impact on international book publishing is here.