‘A Book That Reflects Today’s World’

The news was announced Wednesday (December 9) in a digital presentation and was messaged to the media today (December 10).

The award is annually selected by a public vote and targets contemporary French fiction translated and published in the States during the year previous to the award’s announcement. A purse of US$10,000 is divided between the winning author and translator. The program is sponsored by the Paris-based jewelry, watch, and perfume company Van Cleef & Arpels.

In a note of congratulations, Gaëtan Bruel, cultural counselor to the French Embassy, is quoted, saying, “By exploring the relationship between language and identity in Muslim: A Novel, Zahia Rahmani interrogates what it means to be French and Muslim in brilliant and nuanced ways.

“The many readers who voted for this year’s winner have  chosen a book that reflects today’s world, and we are very proud to champion French contemporary  literature in all its richness and diversity through this prize.” 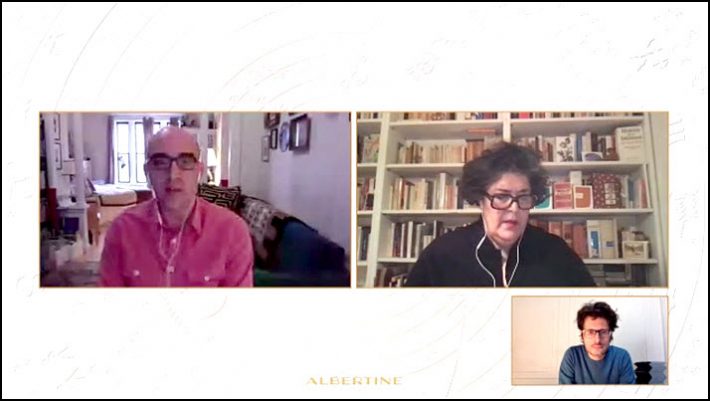 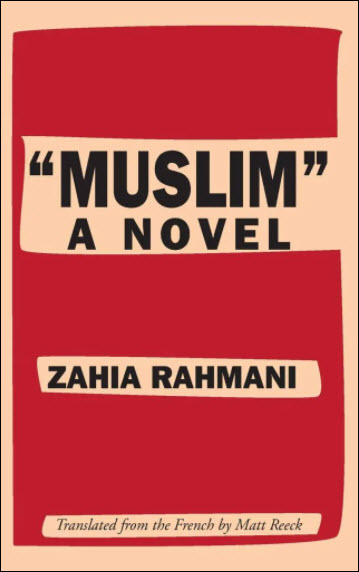 A publisher’s description of the work honors the fact that in Reeck’s translation, “Zahia Rahmani’s novel is itself in constant conversation with the politics of translation—between dream and memory, between identity and self, across culture and language, it is concerned with bridging the gaps of interpretation, in filling the holes that are left behind, and in retrieving what (or who) gets lost.”

Set in five sections or “acts”—each of which takes the form of a lyric essay—the book has autobiographical elements in its story of a woman’s journey from Algeria to Europe and finally to French citizenship.

The book’s arresting opening lines in a chapter called “The Night of the Elephant,” do indeed go immediately to issues of language and its many potential manifestations:

“One night, I lost my language. My mother tongue. I was hardly 5 years old, and I’d lived in France for only a few weeks. I no longer spoke my language, a spoken language, a language of fairy tales, of ogres and legends. One night, a night of dreams and nightmares, gave me over to another language, that of Europe.

I became hers one night, that night when, sleeping, I met an army of elephants.”

Rahmani was born to a Harki father and a Kabylian mother, moving to France in 1967. Muslim is the second volume of a trilogy. It includes Moze (2002) and France, Story of a Childhood (2006), the trio published by Sabine Wespieser in France.

Reeck works in translation not only from French but also from Urdu, Hindi, and Korean. He’s to be Princeton’s translator in residence in the spring of next year. He’s the recipient of fellowships from the PEN/Heim Fund and the National Endowment for the Arts.

His most recent translations include from Urdu, The Chronicle by International Man Booker Prize finalist Intizar Husain (Penguin-India, 2019), and from French, French Guiana: Memory Traces of the  Penal Colony by Patrick Chamoiseau (Wesleyan University Press, 2020). In 2021, Penguin Random House India  will publish his translation from Hindi of Selected Satire: Fifty Years of Ignorance by Shrilal Shukla.

In addition to Muslim, this year’s Albertine shortlist included:

In the course of its announcement, Albertine congratulates Deep Vellum on its publication of Muslim and notes that the Dallas-based press has acquired the Dalkey Archive following the death at age 75 of Dalkey’s founder John O’Brien.

Deep Vellum’s Will Evans is leading the new chapter of the Dalkey’s program, with Open Letter’s Chad Post serving as editorial consultant. The late John O’Brien’s son Will is joining Deep Vellum’s board.

More from Publishing Perspectives on Albertine and its programming is here. And more from us on translation is here.