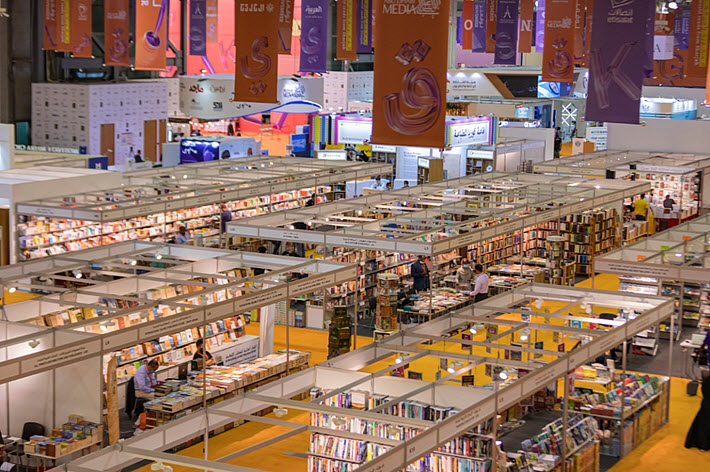 The 39th edition of Sharjah’s International Book Fair is underway with controlled crowd density and other virus risk-mitigation measures. 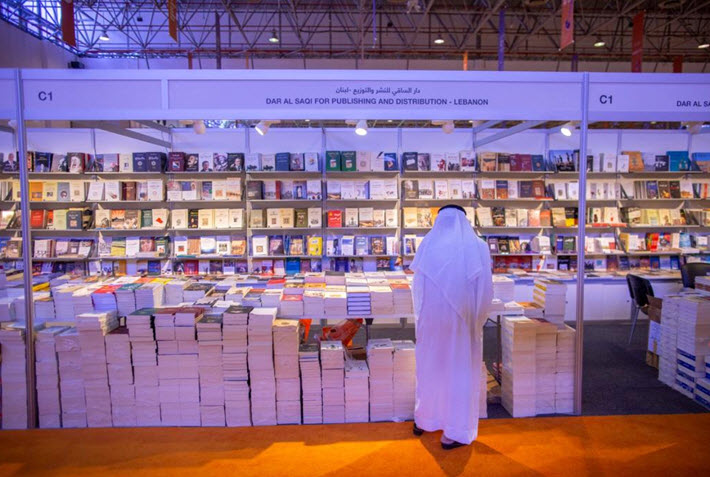 At this year’s Sharjah Expo Center where the 39th Sharjah International Book Fair is going forward amid special precautions relative to the COVID-19 emergency. Image: SIBF

Al Ameri: ‘Standing by Our Brothers and Sisters’

Visitors to this public-facing fair at Sharjah Expo Center are scheduled into one of four three-hour time slots daily. They wear yellow, orange, green, and purple bracelets to indicate to fair security personnel that they’re present in their correct time frame. Crowd control is one of the steps being used to try to mitigate the spread of the coronavirus COVID-19 pathogen in this year when so few book-related programs have attempted a physical component.

The fair’s patron and Sharjah’s author-ruler, the Sheikh Dr. Sultan Bin Mohammed Al Qasimi, has issued a special fund of 10 million UAE dirhams (US$2.7 million) for the purchase of Arabic and international-language titles from the exhibiting publishers, many of whom have struggled with lost revenue amid so many other book fairs’ pandemic-driven closures. The books bought through Sheikh Sultan’s new allocation will go into branches of the Sharjah Public Library system as well as into the government’s departmental collections and academic institutions.

The newest of Sharjah’s library facilities is the House of Wisdom, created as part of the emirate’s 2019 UNESCO World Book Capital programming.

Images from the show reflect its usual luminous interior, the warmth of its stand lights and the heights of the Sharjah Expo Center’s ceilings reflecting color and textures aimed predominantly at children, who arrive both with their families and in an armada of school buses in “normal” years. The key change to the eye of any veteran Sharjah trade visitor is the effects of the crowd control.

In June, Sharjah is to be London Book Fair’s Market Focus, having missed its anticipated turn in the designation this year because of the springtime virus outbreaks in the British capital. 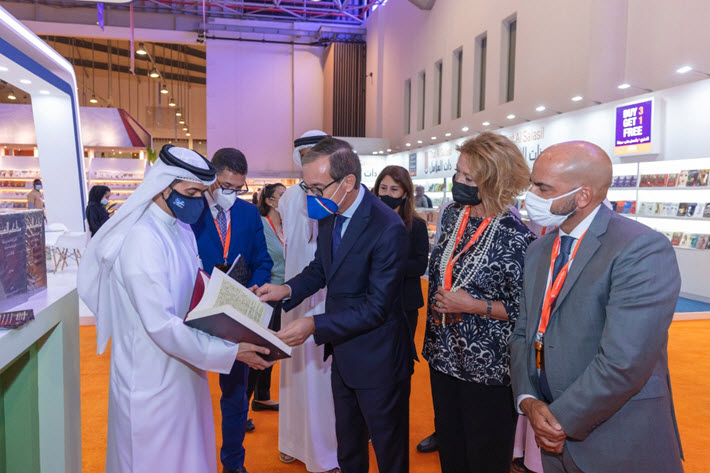 As the fair has opened this month, Ahmed Al Ameri—chairman of the Sharjah Book Authority, which produces the fair—has met with Nicola Lener, the Italian ambassador to the United Arab Emirates. Their talks are exploratory, we’re told, involving where Italy and Sharjah can work together on cooperative programs and joint cultural initiatives. As Publishing Perspectives readers know, the Italian book business has been waging a sustained campaign for inclusion in Rome’s governmental subsidies and regulatory considerations, with signals of good success.

In a gesture of solidarity with the publishing community of Lebanon, Sheikh Sultan has directed that all Lebanese publishers be exempt from the usual costs of stand rentals at the fair this year. The funding, valued at 640,000 UAE dirhams (US$174,244), complements the work led by Bodour Al Qasimi in her work with the Book Authority and the Sharjah World Book Capital to support publishers, book fairs, and libraries in Lebanon following the blast in the Port of Beirut on August 4.

In a prepared statement for the news media, Al Ameri says, “We are dedicated to standing beside our brothers and sisters in their time of need. In fact, having offered similar privileges to publishers from Syria, Egypt, and other nations in SIBF’s previous editions, this is a continuation of our tradition to support publishers in the Arab world who Sharjah views as the true guardians of Arabic language, literature and culture.”

And this is where you hear the rationale Sharjah has applied to its decision to create its 2020 event as a physical and online hybrid show. Because of the royal family’s four-decade commitment to a reading culture, funding frequently has been made available to many parts of the Arab region in support of the growing presence of Arabic literature in world markets. Parallel to the live show in Sharjah, an extensive series of author interviews and presentations is being presented online, with appearances from Yann Martel, Kate Mosse, Shashi Tharoor, Awais Kahn, Mishel Hamad, Lang Leav, Carlo Lucarelli, and more are underway, often with opportunities for live question and answer sessions from the digitally engaged audience.

More information on the Sharjah show is to come. The fair is open this year to Saturday (November 14). 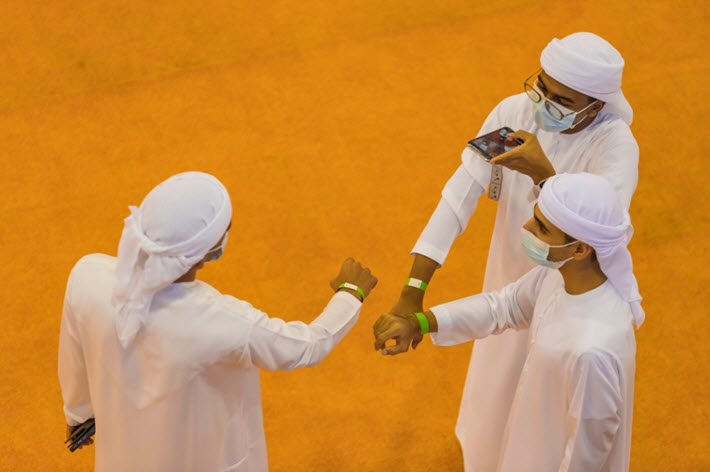