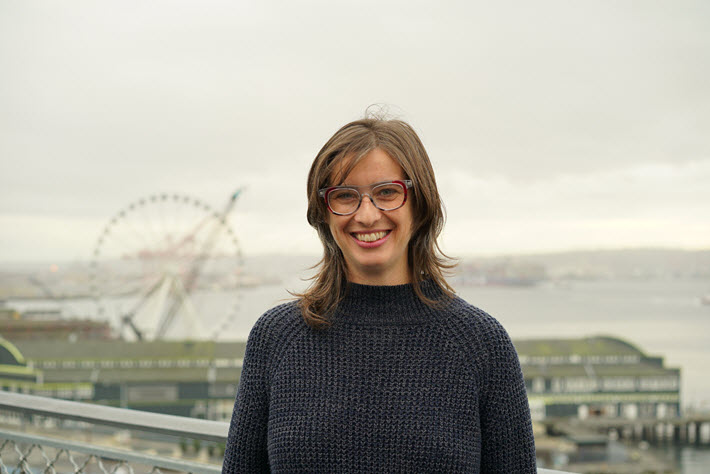 The first Amazon Crossing translation was released exactly 10 years ago today. Born into a political season, the imprint keeps widening its own campaign for international literature in a political world.

Unlike today, November 2 ten years ago was a Tuesday. But like today, it was a day highly charged with political energy.

On that Tuesday in 2010, the United States midterm elections would end the Democratic Party’s control of the country’s congressional balance, the Republican Party prevailing in the House of Representatives, but not the Senate. Barack Obama was concluding his first two years in the White House. Economics and health care were key issues. The Affordable Care Act had been passed the previous March.

And as American voters headed to the polls on November 2, 2010, Amazon Crossing—the translation imprint of Amazon Publishing—released its first translation: The King of Kahel by Tierno Monénembo in its English translation by Nicholas Elliott. Today, the imprint has published more than 400 translations from 26 languages.

And what a difference a decade makes.

On Tuesday (November 3), Americans will at last reach an Election Day that’s already among the country’s most contentious and consequential in history—and not without potentially profound ramifications for many other parts of the world, some allied and some non-aligned with the States.

One point of contrast: Some 82.5 million people voted in 2010. US midterm elections (halfway through a president’s four-year term) tend not to draw as many voters as general elections like this year’s do. But the US Elections Project reports that at this writing, roughly 96.5 million voters already have cast ballots in the 2020 election. That’s exactly 70 percent of the total number of votes cast in 2016’s general election, not just its early votes.

That record-breaking level of this year’s voter enthusiasm is driven in part by concerns about in-person voting during the coronavirus COVID-19 pandemic and also by the depth of feeling around the Donald Trump administration.

And all of this—by pure coincidence—throws an interesting light on a singular anniversary.

The First Crossing: And Politics

Monénembo, the author of The King of Kahel, was born in Guinea, a novelist and biochemist. He fled the Touré dictatorship in 1969 (his father was in government), moving first to Senegal and then to Ivory Coast. He’d move on to France in 1973 and he won the Prix Renaudot there for The King of Kahel.

“It’s a cutting satire of colonialism,” says Gabriella Page-Fort, Amazon Crossing’s editorial director, looking back at the book in an interview with Publishing Perspectives.

Monénembo’s book is loosely based on the real-life Olivier de Sanderval (1840-1919), a French adventurer about whom Monénembo writes: 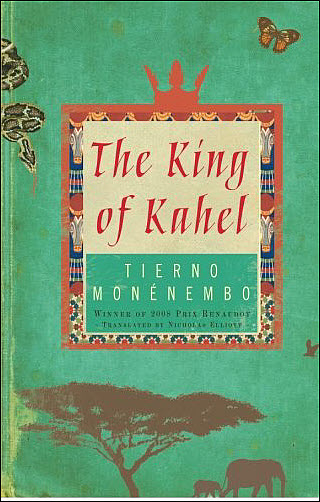 “He had caught the colonies bug listening to his great-uncle Simonet’s stories.

“Every night, wild adventures of pioneers of civilization lost among the cannibals, saved from the boiling pots of the Zulus and Papuans at the last moment by the goodness of Christ, sent shivers up and down his spine after long and tedious family dinners.

“Afterward, he would rejoice to huddle up under the covers, delighted that the walls of his room were thick, the roof solid and the doors safely locked against those scarred bandits who prowled the parks of Lyon in the snowy night, searching for tasty little blond boys.”

The fact that Crossing’s inaugural work was a book freighted with political elements, it turns out, is hardly the point for Page-Fort.

And yet, it’s hardly not the point, either.

“It was the first in what will hopefully be a long line of novels we publish that were published in Africa,” she says. “I think African writers are a continuous focus for us, and it’s really gratifying to look back and feel that our first novel was representative of African writers.

“But as we continue to dive deep and learn about African publishing, trying to find authors writing outside of the colonizers’ languages is quite difficult.” 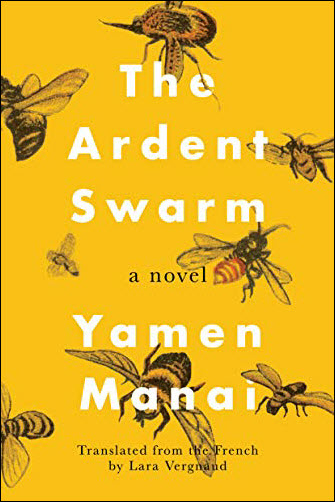 She points from West Africa to North Africa to mention The Ardent Swarm by the Tunisian author Yamen Manai. Publishing  February 1, it’s a modern-day parable and a beekeeper’s allegory about his country in the aftermath of a revolution. It’s translated by Lara Vergnaud, who translated the nightmarish Moroccan work by Ahmed Bouanani, The Hospital, from New Directions.

Manai’s book, Page-Fort says, “Is another francophone African literary novel that I think is maybe like a little bit less satirical but similarly impactful to Monénembo’s book with its message.”

“We’re always looking for books that tell that macro story of how people move through history,” she says, “without sort of overdoing it or being too heavy in the way they describe that context.

“And I think it’s compelling to look back at The King of Kahel as our very first book. Because that influence of trying to find stories where—even if you miss the metaphor and even if you’re not really sure which African country it’s happening in—the story carries enough content that you experience it, and you have your own perspective on what the characters experience.”

Page-Fort here is getting at the nature of international literature itself, of course. The act of reading a translation from another culture filters the nuance and the knowledge of that text through the reader’s own grounded sensibilities, hopefully opening that reader to something wider but also acknowledging “your own perspective,” as she says, “on what the characters experience.”

Needless to say, Amazon Crossing is not a political imprint, per se. But Page-Fort—who was named the 2017 PW/Frankfurter Buchmesse Star Watch Superstar for her guidance of the brand—knows that it’s impossible not to appreciate the inherent multicultural outreach of translated literature. 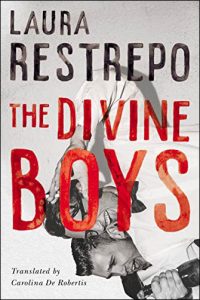 “A lot of us are feeling this way right now,” Page-Fort says. “There’s this delicate balance between what we can influence and what we can’t. There are so many things that are outside of our control right now, especially when we think about how COVID has changed the way we function.

“So much of that is really focusing on finding the right books and communicating openly with our network about what it is that we mean when we say we want something that’s compelling—something that really reaches straight for your heart.

“As we continue to dive deep and learn about African publishing, trying to find authors writing outside of the colonizers’ languages is quite difficult.”Gabriella Page-Fort, Amazon Crossing

“In addition to finding the books, we’re also crafting the audience,” Page-Fort says.

One of the most interesting of the imprint’s recent titles that might explicate part of what she means is The Divine Boys by the Colombian author Laura Restrepo,  translated by Carolina de Robertis. A brat pack gone horrifically wrong, the “divine boys” are privileged young men in Bogotá whose allegiance is to a shared bond of hedonism—and loyalty.

Who does this week’s electorate think about when presented with the concept of privileged, immoral golden boys? The story is based on an actual incident of toxic masculinity and the dynamic between “men whose intolerable transgressions will shake the conscience of a country.”

Wherever such strong stories take the imprint in its next 10 years, Page-Fort says, her role remains what she says is her dream job. She seems to understand more about this now, perhaps, than when she said it in an interview to us once before.

Today, she’s impressed, she says, with publishing’s new industry-wide impulse toward diversity both within itself and outside—a diversity that of course is perfectly aligned with the mission of any good translation house.

“I just have to open my eyes and see all these brilliant young women of color,” she says, “who are coming to the table with big ideas and who are building them.

“I can make a contribution to them. Just by saying yes.”

More from Publishing Perspectives on Amazon Crossing is here, more on translation is here, and more from us on the coronavirus COVID-19 pandemic and its impact on international book publishing is here.