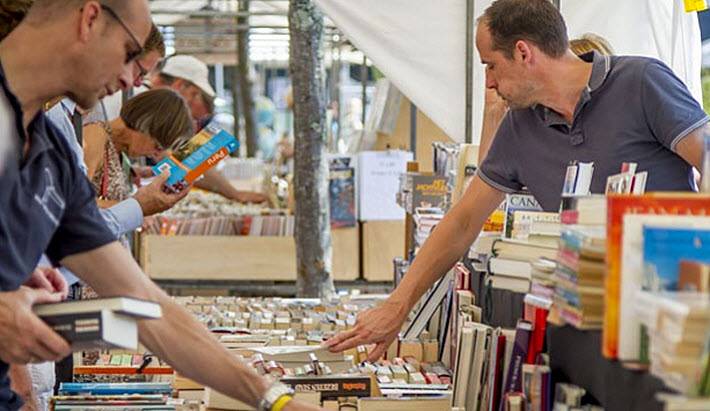 The IPA explores ‘the need for a joined-up, ecosystem recovery roadmap’ to address effects and damage of the pandemic on the world publishing industry.

The disruption of public-facing book fairs and other sales events has been part of the challenge posed by the pandemic in many of the world’s book markets. Image: ‘From Response to Recovery’ COVID-19 study, IPA

One of the things missing in the world publishing industry’s effort to assess the overall impact of the coronavirus COVID-19 pandemic has been the higher view. The International Publishers Association (IPA) is especially well placed to get such an overview and has made a simple but helpful start at this with today’s (November 24) newly released survey of its membership (PDF). 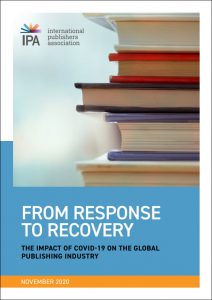 Results were presented internally to the organization in Monday’s (November 23) general assembly meeting. As of January 1, the IPA will have 71 member-associations standing in 86 nations. It’s in that meeting that the new, biennially elected organizational leadership was announced, as well, and you can review our coverage of the news that the association has voted in the United Arab Emirates’ Bodour Al Qasimi as president and Brazil’s Karine Pansa as vice-president here.

Put together with video interviews and a written questionnaire, this welcome report is presented by Bodour, although the organization has not yet been able to survey the full membership as a consequence of constraints on resources and time. Thirty-three member-associations—nearly half of the total—were selected to get at the organization’s range in terms of geography and “market maturity,” as is explained in the introductory material to the report.

The key points being surfaced here, it appears, are building toward the establishment of an international-level response effort, as we’ll point out later in this article.

First, the breakdown provided of the surveyed segment of the IPA membership is good to keep in mind:

“While some countries adopted broad-based, economy-wide stimulus packages,” the text of the report reads, “in most the publishing and broader cultural industries were not initially classified as ‘essential’ or entitled to industry-specific stimulus measures.”

“Some IPA members faced sharp drops in revenue because of publishers’ inability to pay dues,” the report says, “as sales dried up, which made covering operating expenses challenging. Faced with these financial challenges, national publishers’ associations resorted to a range of defensive measures, such as temporary salary cuts, member fee discounts and waivers, and extended payment plans. However, only a handful of members received direct government support.” 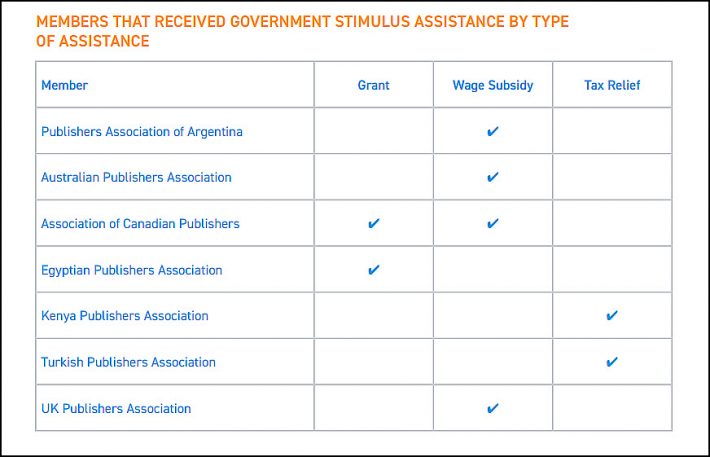 The report is primarily comprised of interesting anecdotal input from associations on their responses, from a book-donation program for hospitalized COVID-19 patients in South Korea to an Egyptian program to direct government book-purchase allocations to association publishers.

Presented as an issue but, of course, one without solution is the problem of what standing the book business found itself with in various countries: “Despite coming out quickly to support governments, education systems, and the scientific community in responding to the initial wave of the virus, publishers in many countries were nonetheless told that their industry was ‘non-essential.’”

Clearly more actionable is the admirably directly stated point that “bookstores were caught off guard.” This is exactly the kind of thing we see developing into an interesting partnership between large retail players and bookshops in France, per our report from Monday (November 23).

In the discussion from the new IPA report: 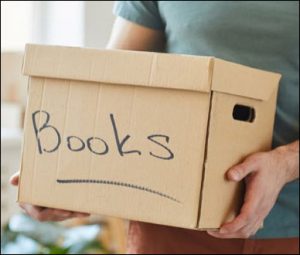 “In countries heavily reliant on bookstores for sales and discovery, insufficient prior investment in digital transformation was made clear as coronavirus prevention measures forced shop closures.

“With customers unable to discover new authors and titles over coffee or leaf through a book before buying, the lure of the bookstore chain and the independent, community bookstore required redefining during the pandemic.

“Most bookstores, according to contributors, had not invested in technology beyond a Web site detailing their location and opening hours.”

And this, of course, is an indicator that for all the gains in digital format adoption seen during the pandemic, the world of physical bookstores has spent many years not moving more aggressively toward the e-commerce and online display capabilities that came to the fore under the brunt of the pandemic.

“Despite coming out quickly to support governments, education systems, and the scientific community in responding to the initial wave of the virus, publishers in many countries were nonetheless told that their industry was ‘non-essential.’”IPA, 'From Response to Recovery' report

And while very useful as guideposts, it’s good to keep in mind that the key outlooks section–handily separating “growth or recovery in progress” and “decline with weak recovery”–works as a starting point for deeper investigation into any market you’re interested in.

For example, the United States’ entry in this is on the “growth or recovery in progress side,” and that’s correct, but the notation says only that there was a decline of 4 percent from 2019 “with signs of recovery.” As you can tell from our frequent NPD Group reports here at Publishing Perspectives, the US market has more than recovered and is on track to see what may be “one of the highest volume years for US trade book sales in NPD BookScan history.”

A report of this kind is dependent on the extent of information provided to its questionnaire and interviews. The role of the IPA is to signal, as it’s doing, issues on which to focus and spots that need further inquiry.

Still more topics touched on in the report include looks at the “digital opportunity” and the question of an acceleration in digital-format adoption, much-discussed this year in conference and trade show settings. As clear as a speed-up of such adoption is in some markets, we see France here reporting “no change in reading habits with uncertainty still prevailing” and Brazil reporting “no change in reading habits because of competition for reader attention from streaming media, video games, social media, and a lack of a reading culture.”

The real message here–and the reason this first effort at a higher view is so important–is that more observation and assessment will be needed to understand the detailed realities of what markets have experienced and are facing.

Response: An IPA Task Force on a Recovery Plan

The best news in the report is that the association expects to lead “an international, multi-stakeholder publishing task force comprising representatives of every link in the publishing value chain. The task force will seek consensus on the key common challenges, develop workable solutions, and identify potential partnerships and funding sources.”

Not unlike the experience many markets have had in the public-health sector in fighting the virus itself–in which the need for a coordinated, centralized response is critical–many players in the international book publishing industry have indicated that they need centralized overview and guidance. From the study:

“Contributors to this report underscored the need for a joined-up, ecosystem recovery roadmap to build systemic industry resilience and capitalize on new cooperation begun amid the adversity of the pandemic.

“As the global voice of publishers with convening power across the publishing ecosystem, there are member expectations that IPA unite industry stakeholders and provide leadership on pandemic-accelerated advocacy issues.”

As you can see, such a task force, if populated with representatives of the 15 areas of “potential ecosystem stakeholders” as indicated in this chart, could have far-reaching value because of its broad scope and industry integration.

The IPA leadership stresses that it has a grasp of the scale of the challenge working toward a truly international-level approach here:

“Implementing the Global Publishing Industry Recovery Plan will require a true multi-stakeholder partnership, not just in the face of the pandemic, but to ensure the industry’s recovery, long-term sustainability and growth. Ensuring taskforce members’ buy-in of the plan would ensure their commitment to its implementation and in coordinating joint statements, government lobbying, and ecosystem-wide initiatives.

“The plan should be systematically reviewed and adjusted to effectively respond to changing developments, such as subsequent lockdowns triggered by additional waves of COVID-19. Periodic progress reports will increase the industry’s ability to steer the recovery process, allow for corrective actions, and reinforce evidence-based, timely decision making.”

The “From Response to Recovery” report from the Bodour and the IPA is something to be read carefully by internationalists in publishing, not only because of the levels of need associated with the coronavirus and its effects on the book business but because of the opportunity that it offers this organization, now more than a century old, to engage its world-circling reach in a coherent and cohesive response to a critical issue that brings into relief not only the shared values of publishers but also the differences in their experiences.

Also at the General Assembly

In addition to the new report and news of its leadership elections, the International Publishers Association also presented its annual report for 2019 and 2020, which can give you a fast overview of key programmatic directions, players, and progress. That report (PDF) can be accessed here.

In part because of the IPA’s strong association with the United Nations’ Sustainable Development Goals–largely housed for the organization in its SDG Book Club program–the general assembly also heard from UN secretary-general António Guterres in a prepared statement. He said, in part, “Our ability to change the world for the better has often relied on brave authors and publishers who challenge conventional wisdom and those in power.

“At a time when we urgently need change and action, the freedom to publish and authors’ freedom to say and write what’s on their minds are more important than ever.”

There was also a well-received commentary from the author Tsitsi Dangarembga, a 2020 Booker Prize for Fiction shortlisted writers for her This Mournable Body (Faber & Faber).

In the course of her talk, Dangarembga said, “It is my strong belief, that successful international cooperation in publishing and in the creative industries in general, can be very effective in contributing to overcome structural impediments to freedom of expression.”