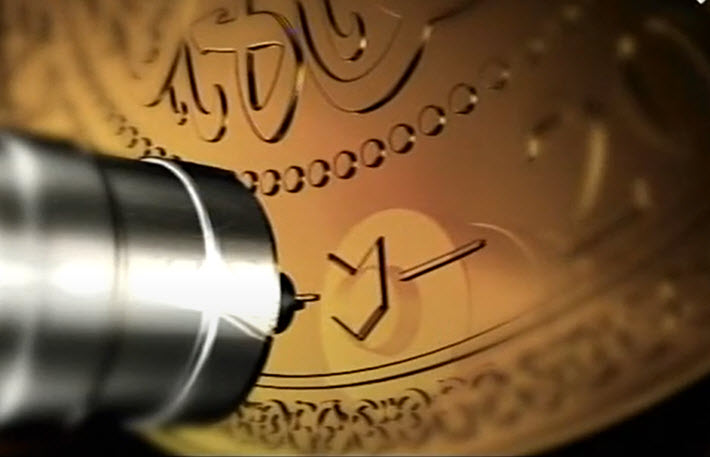 A look at the making of the Sheikh Zayed Book Award medallion, from the Abu Dhabi-based program’s 2007 winners’ ceremony. Image: SZBA

With the announcement Sunday (November 29) of its Literature category list, the Sheikh Zayed Book Award program completes six categories of longlists in its 15th year of operation.

The remaining three (of nine total) categories are Arabic Culture in Other Languages, Cultural Personality of the Year, and Publishing and Technology.

As Publishing Perspectives readers know, submissions for this cycle have made an extraordinary 23-percent jump, with 2,349 total submissions from 57 nations.

As the program’s process continues under the direction of secretary-general Dr. Ali bin Tamim, there will be several more jury reports to come, followed by the second-and third-stage evaluations of these reports by the program’s scientific committee. Shortlist announcements are anticipated in March, and those give way to the board of trustees’ review of the scientific committee’s work and approval of the winners.

We can hope, then, to see an announcement of winners in the March-April time frame and an awards presentation ceremony in April or May.

Here, then, are the longlists as released to date, and we’ll begin with those three that drew the most submissions. 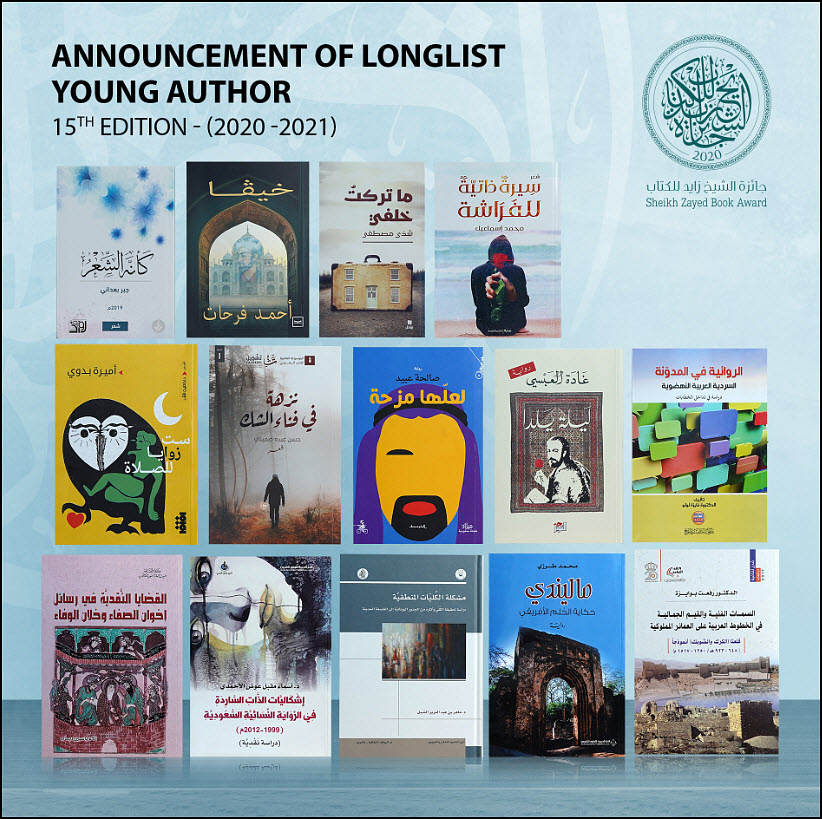 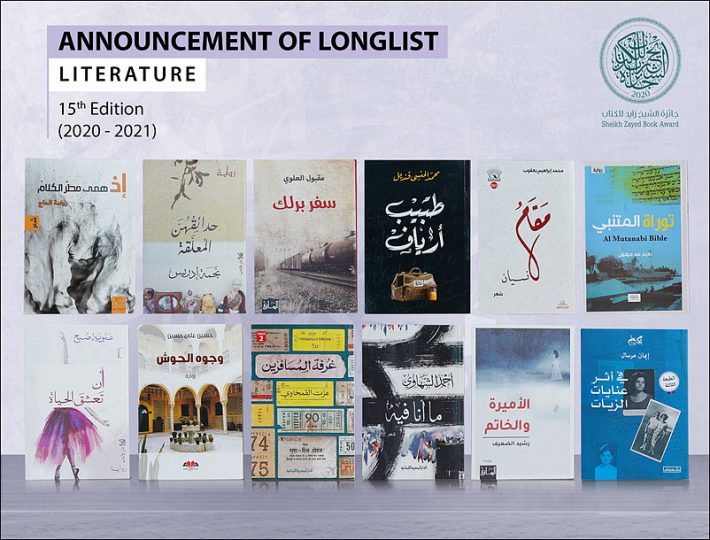 A total 584 submissions were made to the Literature category this year—a 33-percent increase over the number of entries last year—and the longlist now features 12 titles, coming from Egypt, Saudi Arabia, Lebanon, Kuwait, Sudan and Iraq. 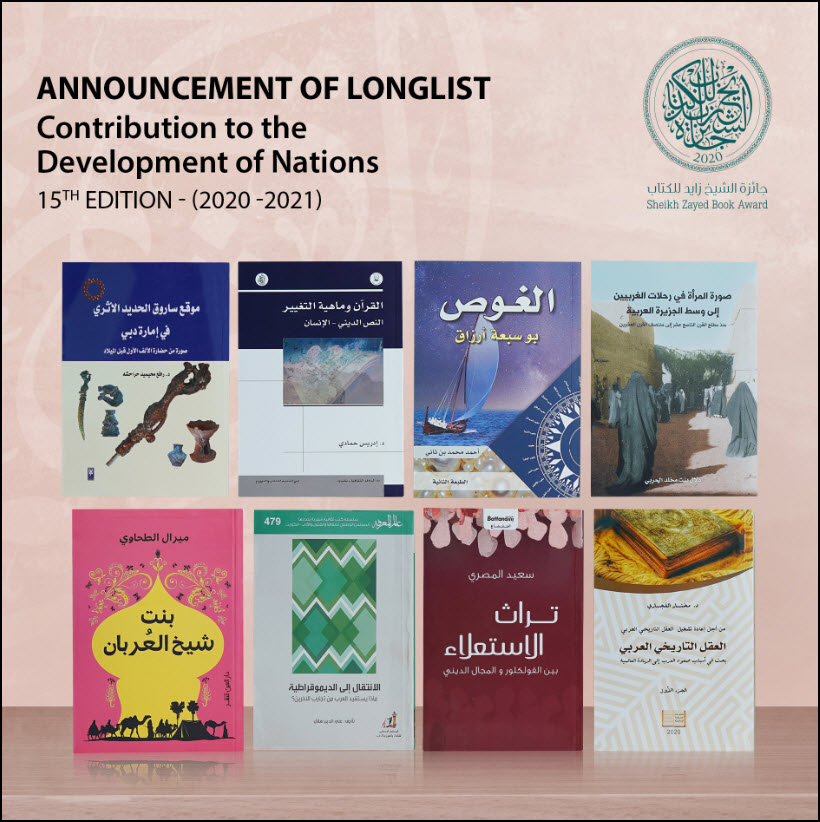 With 262 submissions, the Contribution to the Development of Nations category’s longlist comprises writings from the United Arab Emirates, Saudi Arabia, Egypt, Morocco, Jordan and Tunisia. 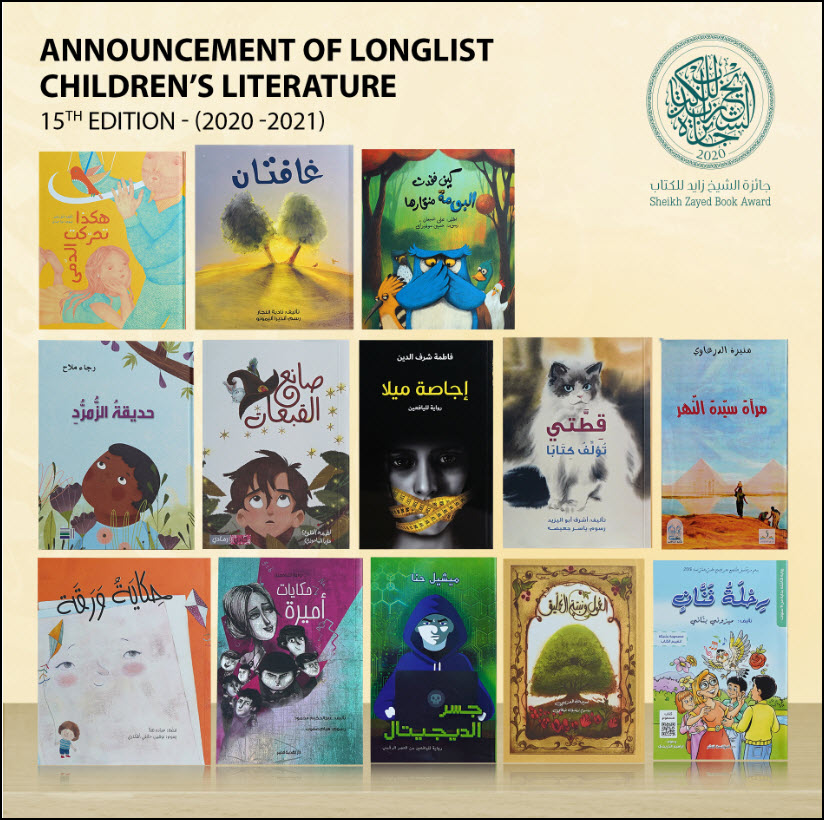 A total 244 submissions were made to this category, and the resulting 13 longlisted titles are drawn from the United Arab Emirates, Egypt, Saudi Arabia, Lebanon, Tunisia, Syria, and Morocco. 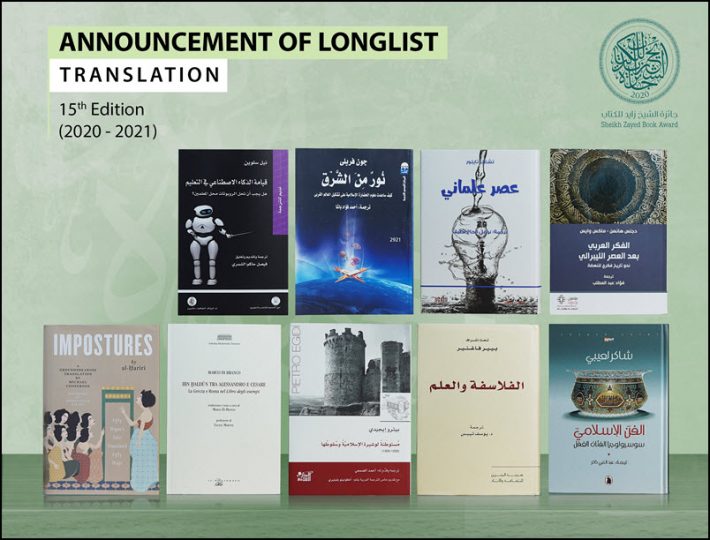 Keep in mind that the Zayed Award permits the submission of both works translated from and into Arabic.

English-language content leads the way this year, with one book translated from Arabic into English, and four from English into Arabic.

In addition, two books are translated from French into Arabic, and they are: 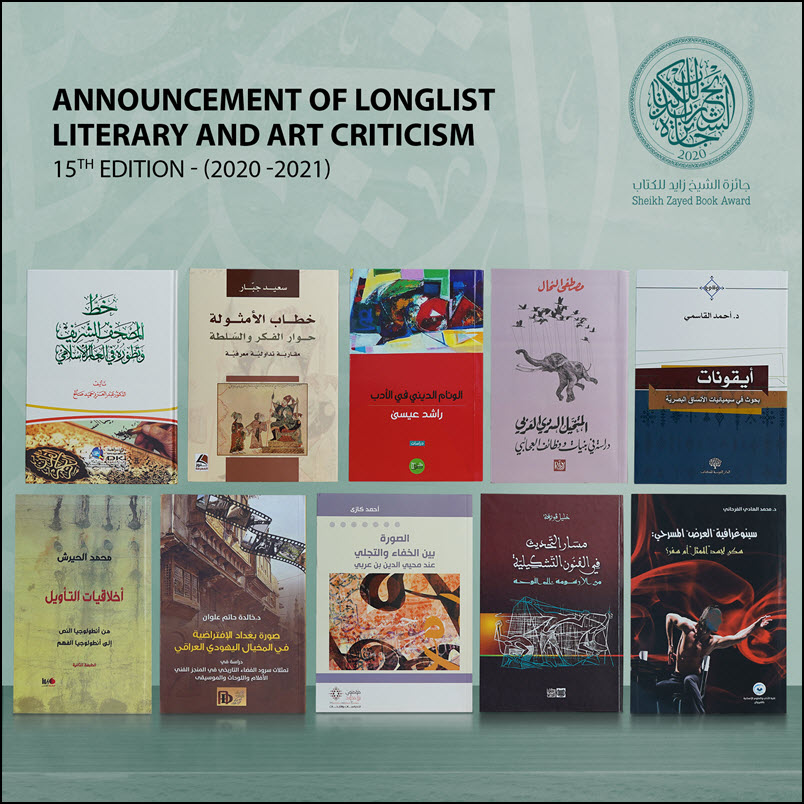 The category for criticism in literature and art drew 199 submissions this year, giving it 8 percent of the overall total. Its 10 titles include writing from Iraq, Tunisia, Jordan and Morocco.

In a quote from the writings of the late Sheikh Zayed Bin Sultan Al Nahyan, we read the kind of worldview that motivates the prize’s organizers each year:

“The book is a container of science, civilization, culture, knowledge, literature and arts. Nations aren’t only measured by material wealth, but also by their civil authenticity. The book is the basis of this authenticity and a key factor in the confirmation of its civilization.”

The Sheikh Zayed Book award is an independent cultural initiative administered by Department of Culture and Tourism – Abu Dhabi.