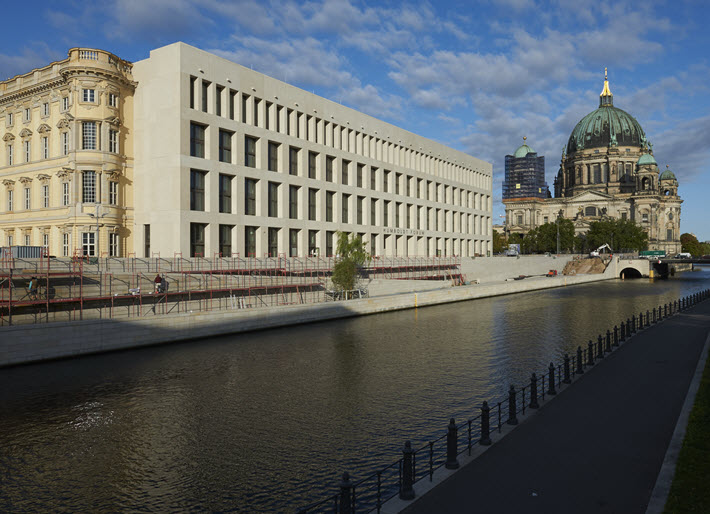 Before it could honor its first winner, the new German Nonfiction Prize was ‘broken off prematurely’ in the onset of the coronavirus COVID-19 pandemic. It’s now set to name a first winner in June.

The Humboldt Forum which now is expected to open on December 17, was to have been the site of the German Nonfiction Award in June. Humboldt Forum Foundation in the Berlin Palace remains a sponsor of the prize as it moves to this year’s award cycle. Image: Humboldt Foundation

The German Nonfiction Prize has the distinction of being still brand-new some 18 months after its establishment.

Created in May 2019 by the Börsenverein des Deutschen Buchhandels—Germany’s publishers and booksellers association—as an annual award to recognize “outstanding, socially relevant German-language nonfiction,” it attracted 240 submissions from 152 publishers this year.

Then it ran smack into a coronavirus pandemic. This year’s award was “broken off prematurely,” as the organizers put it, and now has been restarted with the expectation that its first laureate can be celebrated on June 14.

The Stiftung Buchkultur und Leseförderung des Börsenvereins des Deutschen Buchhandels (Foundation for Book Culture and the Promotion of Reading of the German Publishers and Booksellers Association) will award this prize.

It’s worth a total of €42,500 (US$49,842) to an outstanding nonfiction book written in German “that inspires social debate”—a phrase any serious author or publisher will appreciate.

Today (November 3), the Akademie Deutscher Sachbuchpreis (the German Nonfiction Prize Academy) has appointed the following seven jurors from their roles in nonfiction criticism, journalism, science, and the book trade:

These jurors have yet to meet, organizers making the point that the prize has followed its own regulations in creating a new jury for 2021 despite the fact that the 2020 award never materialized. Repeat service on the jury is permitted, so there’s a chance that 2020 jurors will be involved in future iterations of the award.

Submissions Are Open to November 20 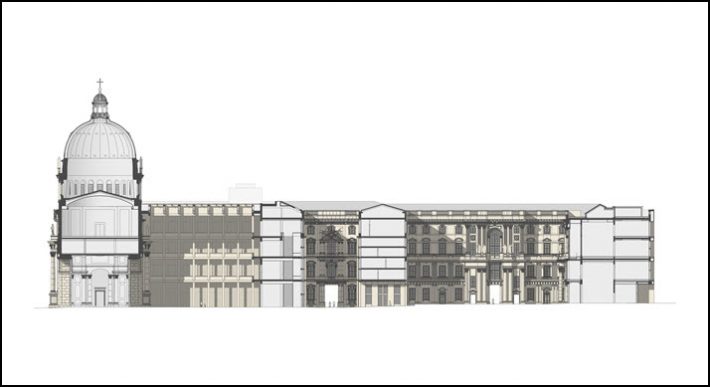 The Humboldt Forum, an elevation of the restoration work underway for an opening in December. Humboldt Forum Foundation in the Berlin Palace remains a sponsor of the prize as it moves to this year’s new award cycle. Image: Humboldt Foundation

Publishers have until November 20 to submit up to two German-language monographs each from their current or planned lists and they may recommend up to five additional titles. These titles must be published between May 2020 and April 2021 and be available in bookstores no later than April 20, when the nominations will be announced.

The winning title is selected through a two-stage process.

First, an independent jury compiles a list of nominations comprising eight titles, which will be announced on April 20.

From this selection, the members of the jury will then choose the nonfiction book of the year.

The winner is unidentified until the ceremony in June.

It’s at the Humboldt Forum—Berlin’s museum project with its seat in the reconstructed Berlin Palace on Museum Island—that the awards ceremony and announcement of the winning book was to have been held on June 16 this year.

To follow the progress of the new nonfiction prize, see hashtag #DSP21 in various social media.