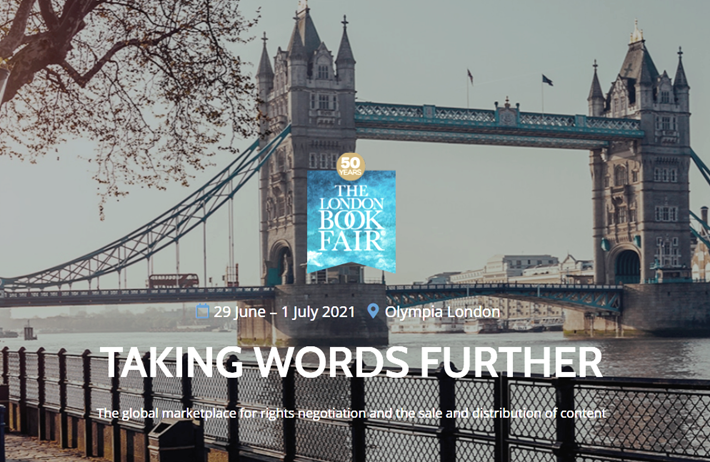 Reed Exhibitions’ Andy Ventris follows Jacks Thomas as the new director of London Book Fair, which expects to return to spring dates in 2022 after the 2021 summertime iteration.

Promising a Late-March Decision If the Show Is in Doubt

Having been canceled in March as the first wave of the coronavirus COVID-19 pandemic was hitting the United Kingdom, London Book Fair has announced this morning (November 4) that it will return June 29 to July 1. Its 2022 fair is then expected to return to its more traditional springtime spot on the calendar.

The newly named 2021 dates, organizers say, “have been chosen in line with the current UK projected timelines for large-scale events restarting.”

The show will return to Olympia London as its venue. “A number of health, hygiene and safety measures have been developed,” media messaging says, “and these will be reviewed and implemented as the event approaches.”

Darren Johnson, CEO of Reed Exhibitions UK, is quoted in today’s announcement, saying, “London Book Fair is an iconic event in the global publishing calendar with a 50-year history. 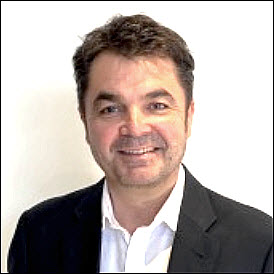 “The fair is of huge importance to Reed Exhibitions, and—in response to feedback from our stakeholders—by moving the fair’s dates, we hope that it will serve the industry as an opportunity to reunite in person in 2021.”

In the process of making the June announcement, Johnson is introducing Andy Ventris to the world publishing community. With Reed Exhibitions since 2013, Ventris is the successor to Jacks Thomas, who announced her departure in March after holding the directorial role for seven years.

Prior to working with Reed, Ventris was with the Rugby Players Association and marketed and managed sporting and musical events for Westworth Kemp Events. At Reed, he spent several years with the travel portfolio and until this month was event manager with the luxury travel program. 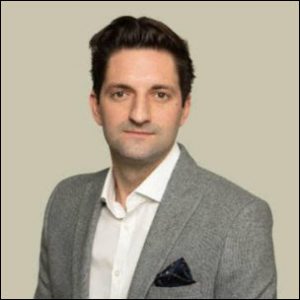 In his own statement today, Ventris says, “There continue to be many challenges facing us as we plan London Book Fair 2021, and I believe it’s crucial that we’re open and transparent with our exhibitors, partners, and visitors throughout the process. Large-scale events in the UK are subject to ever-changing national and local guidelines and regulations. We’ve made the decision to move LBF to June 2021 to create the best opportunity of hosting a live event.”

Regular attendees of London Book Fair will catch cautious echoes there of the difficult decision in March of this year to cancel. At the time, of course, the coronavirus outbreak was relatively new. Understanding of its danger and its nature—particularly its aerosol transmission factors—was quite limited.

“If the current outlook changes, we’ll make a final decision on the live event’s feasibility by the end of March 2021 at the very latest.”Andy Ventris, Reed Exhibitions UK

The caveats you read in Ventris’ comments are understandable. We don’t know what the status of desperately needed vaccines and their deployment will be by the summer, nor what that will mean for travel, domestic and international.  But perhaps because the fair ended up canceling only six days prior to its planned March 10 opening—which was especially awkward for international exhibitors and trade visitors—many will appreciate that Ventris today is pledging to have such a decision, if one is necessary, months ahead of next year’s show.

“Given the dynamic nature of the pandemic,” Ventris says, “we’ll continue to closely monitor the situation, and if the current outlook changes, we’ll make a final decision on the live event’s feasibility by the end of March 2021 at the very latest.

“We want to give all our partners, exhibitors, and visitors this date to work toward, as we appreciate how much planning and resource goes into preparation for a trade fair of this scale. We thank the publishing community for its ongoing support and we look forward to meeting again in 2021.”

While today’s statement doesn’t address this, the show’s site confirms that the United Arab Emirates’ Sharjah will be the 2021 Market Focus, the Sharjah Book Authority having missed its chance to unveil its dual-pavilion programming in March when London’s show had to be canceled.

Roche: ‘To Facilitate the Book Business’ 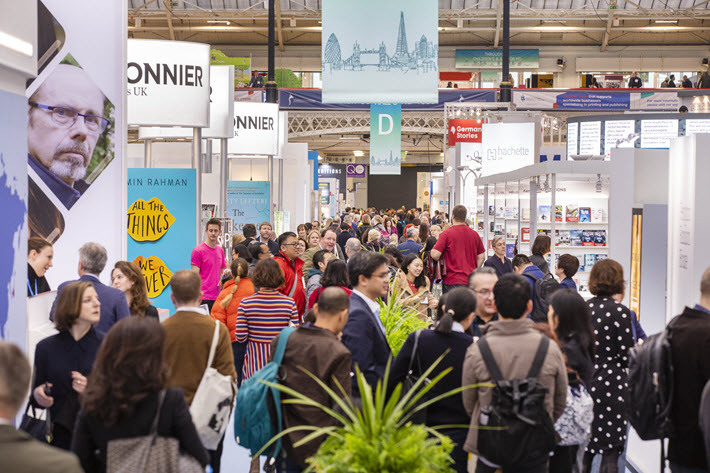 We also hear this morning from David Roche, the fair’s advisory board chair, who says, “London Book Fair was created to facilitate the book business and support the publishing industry. Reed Exhibitions has curated the show over recent decades and through some challenging times.”

The trade show, Roche says, is “uniquely placed to deliver a buoyant, safe, and exciting environment for the publishing industry to carry out face-to-face meetings again, and for new business to be facilitated. The advisory board has been strengthened to work closely with the London Book Fair team. Together, I’m confident that we can deliver a brilliant experience for all our visitors.”

And even Nigel Nathan, Olympia London’s managing director is quoted today, saying, “London Book Fair is a highlight in our calendar and always brings so much energy and vibrancy to our venue and the surrounding area. Working with the London Book Fair team, we’re putting a wide range of safety measures into place ready for this big event—sensible measures to make sure the show is as enjoyable and memorable as always for the publishing community.”

We’ll follow up here on news of the 2021 London Book Fair plans as more becomes available.

The news of the program’s planned physical rendition next year comes at a moment when the United Kingdom is headed into a new lockdown regime, ordered by the Boris Johnson government because of the surge in the pathogen’s assault in much of Europe.

At this writing, the 5:24 a.m. ET (1024 GMT) update of the Johns Hopkins Coronavirus Resource Center sees 1,077,112 cases in the UK’s population of 67 million people, with its 47,340 deaths making it the fifth highest nation for fatalities in the world after the United States, Brazil, India, and Mexico.

On Thursday (November 5), the UK goes into its second, controversial national lockdown scenario, Nick Triggle at the BBC reporting this morning that the National Health Service has been placed on its highest possible alert level, which permits the medical system to move both staffers and patients around the country as needed to try to balance demand and response.