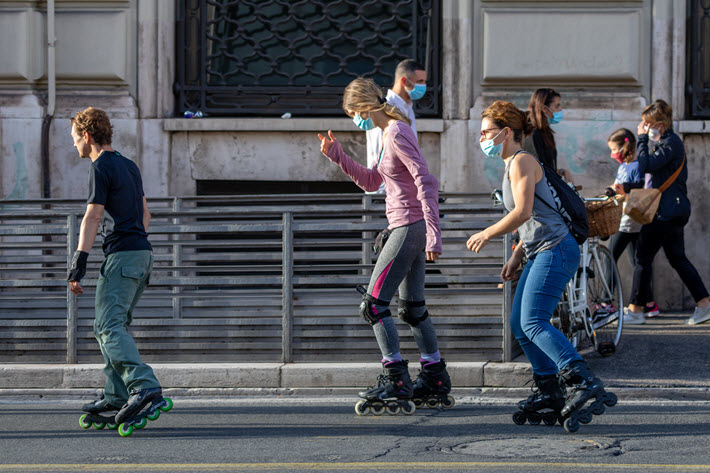 On the streets of Rome, October 10. Image – iStockphoto: Gennaro Leonardi

Levi: ‘Cultural Assets Are Essential for Our Cities’

As our friend Daniela Poli in the offices of  the Italian publishers’ association (Associazione Italiana Editori, AIE) says to us today (November 4), “Talvolta ci sono buone notizie”—sometimes the news is good.

On Tuesday, we reported that AIE’s Ricardo Franco Levi was calling on the protection of Italy’s bookstores amid newly implemented coronavirus restrictions. The problem had been occurring that when closure orders were placed on retail complexes in “red areas,” particularly on weekends, bookshops were being included in blanket regulations and shuttered.

Levi—the association president and Federation of European Publishers vice-president—today is thanking the Giuseppe Conte government “for taking into account our appeals, allowing the opening of bookstores even in the ‘red areas,’ and in particular minister Dario Franceschini, always attentive to the needs of the book world.”

Levi is issuing his statement of appreciation with Paolo Ambrosini, his counterpart with the booksellers association, ALI Confcommercio, just as Rome launches the new decree which assigns red (highest), yellow (lowest), and orange (medium) classifications to rank regions for contagion risk levels. 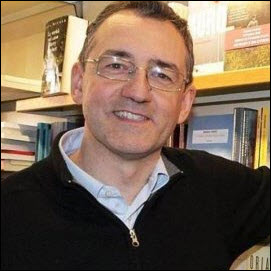 “Each bookstore,” Levi says in this notice to the news media, “will strive to ensure maximum security” for shoppers and employees, “because health remains the first thing to be protected.” Factors in risk mitigation at Italy’s bookstores include limiting access to shop interiors, sanitization of shelves, use of personal protective equipment, etc.

“With today’s decision,” Levi and Ambrosini say, “we support the bookstores, which are undergoing a continuous erosion of market share from online stores, an imbalance that puts at risk not just the stores themselves but also the kinds of social and cultural assets that are essential for our cities and, more generally, for the democratic life of the country.

“We renew our position of April 14, confirming that this was a precise choice of cultural policy: Italy is culture and culture and books can be the flywheel for the restart of the country.”

The new lockdown measures announced by Conte to go into effect Friday will, as Karen Zraick and associates report or The New York Times are expected to “seal off six regions in the country’s deeply infected north and highly vulnerable, poorer south.” 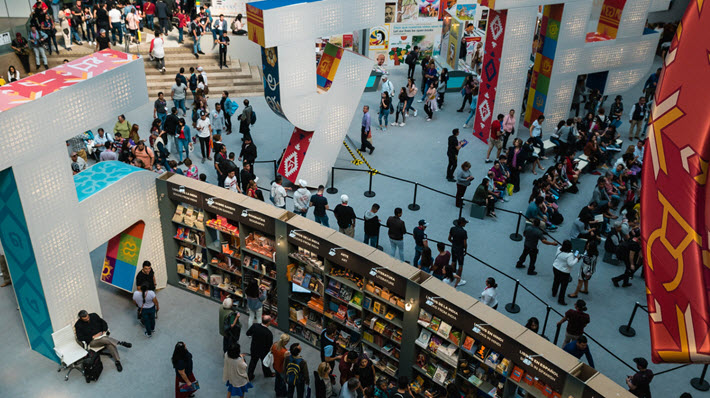 Audrey Azoulay, the UNESCO director-general, today has named Guadalajara the 2022 World Book Capital in an announcement to the news media from the agency’s offices in Paris.

The city was selected, the messaging says, for its “comprehensive plan for policies around the book to trigger social change, combat violence, and build a culture of peace.”

The city, of course, is best known to Publishing Perspectives readers for its annual Guadalajara International Book Fair, and it follows the most recent series of cities each holding the designation for a year: Athens (2018); the United Arab Emirates’ Sharjah (2019); Kuala Lumpur (2020); and Tbilisi (2021).

Activities scheduled to begin on April 23, 2022, World Book and Copyright Day, are to include literary events in collaboration with Latin American writers, an artistic project on the Tower of Babel, events linking theater and music to literature, and the use of local radio for poetry readings.