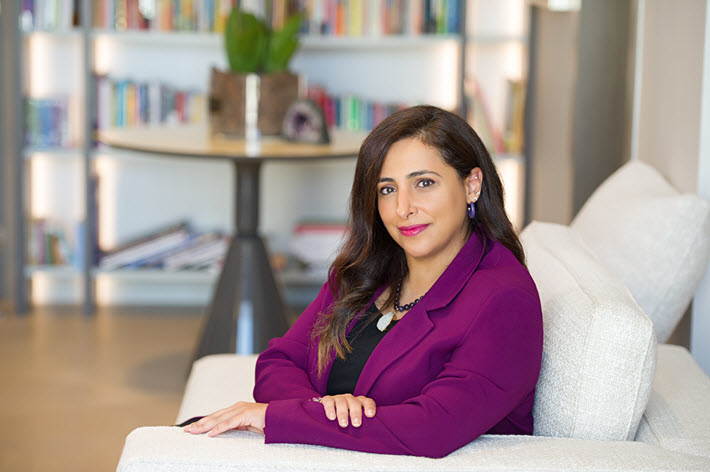 A first in its 124 years, the International Publishers Association has approved women executives for both top roles, the UAE’s Bodour Al Qasimi as president, Brazil’s Karine Pansa as vice-president.

Holding its annual general assembly today (November 23)–a bit later this year amid the constraints of the coronavirus COVID-19 pandemic—the International Publishers Association (IPA) has announced confirmed that the Emirati publisher, philanthropist, and businesswoman Bodour Al Qasimi has been voted the association’s president.

The current vice-president of the 70-nation federation of publishers’ association, Bodour on January 1 will succeed Mexico’s Hugo Setzer, who is concluding his term as president. This is the traditional pattern. Bodour has served for two years as the association’s vice-president, and the vice-presidency frequently precedes a term (also two years) as president.

What will be of keen interest, however, is that both top seats at this organization of 84 member-associations will be held by women as of January. Karine Pansa, publisher of the São Paulo-based Girassol Brasil Edições Ltda, has been voted to the vice-presidency.

Publishing Perspectives has confirmed with the association’s offices in Geneva that in the IPA’s almost 125 years, the organization has never had both its top seats held by women. Indeed, there has been only one female president in more than 50 years: Ana Maria Cabanellas, who was vice-president and then president of the association between 2004 and 2008.

The arrival of Bodour as president and Brazil’s Karine Pansa as vice-president, then, opens a new chapter in the IPA’s history with both top offices held, as of the new year, by women. And as Publishing Perspectives readers know, Bodour is one of the best known figures in world publishing today.

After establishing Kalimat Group as the first publishing house in the Gulf dedicated to children’s literature, Bodour pioneered innovative translation exchange projects with Gallimard, Bloomsbury, Quarto, and other publishers, moving Arabic literature into Western cultures in a mutually beneficial model.

“As the second woman to assume the role [of IPA president] in 124 years, this is an important advancement in our efforts to promote diversity and inclusion.”Bodour Al Qasimi, IPA

She founded the fast-growing PublisHer international network of women in the book business. (Publishing Perspectives publisher Hannah Johnson is a frequent interviewer in the program’s #Unmasked video series.)

And Bodour has made her mark as vice-president of the IPA for the past two years with groundbreaking regional conferences in African publishing (Lagos in 2018, Nairobi in 2019) and the Middle East (Amman in 2019), all the while steering her Kalimat Foundation for Children’s Empowerment to become a leader in providing literature for Arabs in diaspora, particularly refugee populations settled in more than a dozen nations.

As part of today’s general assembly program, the IPA has heard from novelist Tsitsi Dangarembga, a finalist in last week’s Booker Prize for Fiction.

Now hearing from ⁦@efie41209591⁩. An inspiration to all of us at a time when we collectively work to protect the #FreedomtoPublish. Thanks to ⁦@IntPublishers⁩ for coordinating this special address, it serves as an urgent call to action. pic.twitter.com/b9fh6dhiWM

Early in her work in international publishing as well as in the United Arab Emirates, the Sheikha Bodour bint Sultan Al Qasimi may have been seen by some as the eloquent envoy of her father, the Sheikh Dr. Sultan Bin Mohammed Al Qasimi, the author-ruler of the UAE’s third emirate Sharjah. Sheikh Sultan’s insistence on a reading culture for his emirate has led to Sharjah’s stance as an inspiration to many other markets and a model of devotion to literature and literacy for the Arab world.

Bodour has grown rapidly into her own role as an international publishing executive and compassionately driven thought leader in her own right, putting into place the still-young US$800,000 Africa Publishing Innovation Fund in a unique partnership with Dubai Cares. That program is something she discussed in leading a symposium this year at the World Economic Forum’s 50th anniversary week of meetings at Davos. The Innovation Fund this autumn is working toward a new tranche of grants.

And Bodour leveraged Sharjah’s long track record of a literature-led context to attract the designation of UNESCO’s 2019 World Book Capital. The Sharjah World Book Capital offices today—even after the handoff of the honor to Kuala Lumpur this year—are working under Bodour’s direction to relieve the struggles of libraries and publishers in Lebanon, following the August 4 blast in the Port of Beirut.

In a prepared statement on her designation as the incoming IPA president, Bodour says, “As the second woman to assume the role [of IPA president] in 124 years, this is an important advancement in our efforts to promote diversity and inclusion.

“Leading by example puts the IPA on an even firmer footing to make the case for a diverse publishing industry. I plan to work closely with all of our members to help our industry recover from the ravages of 2020 and transition smoothly to a post-COVID world; and to set our essential industry on a bright, new track.”

You can see Bodour’s full address to the general assembly here:

Pansa: ‘To Seize the Opportunities’ 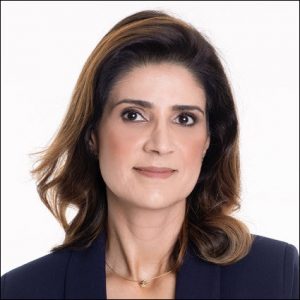 Pansa, who is a former member of the Brazilian Book Chamber and currently sits on the governing board of Brazil’s National Plan for Books and reading, is also a familiar player in the international marketplace.

In a statement today, Pansa says, “It is an honor for me to be elected the next vice-president of the International Publishers Association.

“I’m looking forward to working with our president-elect, Bodour Al Qasimi, to overcome the many challenges created by this difficult year, but also to seize the opportunities it creates to reshape our industry for the future.”

The soft-spoken outgoing president of the association, Setzer—who served as vice-president for two years when Elsevier’s Michiel Kolman was president—can be depended on to support the administrative transition at the association with his usual grace and stamina.

Setzer has, after all, presided over one of the most turbulent eras in the life of the organization and the world industry.

“I’ve been really privileged to be able to serve you, first as vice-president and then as president.

“Since I started as vice-president four years ago, I said that I wanted to build bridges. Bridges of understanding between different countries, different cultures, and ways of thinking. I’m sure there is so much more that unites us than the minor issues of difference between us. That’s why IPA has remained united for almost 125 years now.

“Let’s continue to work together to be able to emerge stronger from this crisis.”

You can see Setzer’s full address to the general assembly here:

More From the General Assembly

In further election results announced after today’s meeting, the IPA welcomes one new full member top its roster, along with two new provisional members and one new associate member.

A number of IPA committee seats were also up for election this year. Here are the results of those elections.